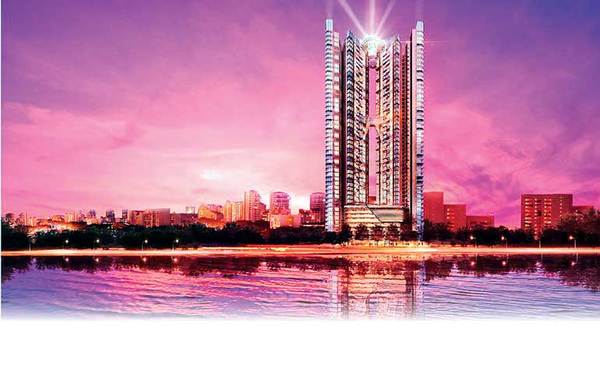 The Board of Investment (BOI) last week commenced termination proceedings on a Rs. 16 billion investment agreement with Blue Mountain Properties which was signed in 2016, The Sunday Morning Business learnt.

The agreement was for the development of the much-hyped Achilleion project, which was billed “seven-star luxury” and was set to include private choppers, limousines, and the “world’s tallest show apartment”.

Officials from the BOI confirmed to The Sunday Morning Business that a noncompliance letter has been sent to the real estate group on 8 July, stating that failure to respond within the next 14 days would result in the termination of the agreement.

“We gave the project a three-year period, and since they haven’t implemented the project in that time, we sent them their final termination letter on 8 July to which they have not responded.”

The termination process will see an end to the agreement with the BOI as well as concessions that were provided for the project, following which the BOI would attempt to recover the dues owed by Blue Mountain. Any goods imported on a duty-free basis will also be recovered, although there is no indication at the moment that the real estate group imported any goods or construction material on a duty-free basis.

The Blue Mountain group signed an agreement with the BOI on 6 May 2016 which gave them a period of three years to implement the project. The BOI official stated that the real estate group proposed an investment of Rs. 16 billion in 2016, although the actual investment that materialised is unknown.

“They haven’t given any document to the BOI so it’s not in our system. This is because only once they submit their audit can we update our system.”

The official explained that because of the three-year agreement, the BOI could not issue a termination letter earlier and therefore sent letters to remind them periodically. The latest letter had been sent in 2018, and got no response from Blue Mountain Properties.

Achilleion was a seven-star luxury project which was proposed by Blue Mountain Properties, billed as a landmark development in the South Asian region. The apartment complex was set to commence construction in January 2017 and was even recognised as one of the top three apartments in the Asia-Pacific region at the 2016/2017 Asia Pacific Property Awards held in Bangkok, Thailand.

It was set to be a 50-storey twin tower apartment complex located in the heart of Colombo 4, and was set to consist of 584 luxury units of one, two, or three-bedroom apartments, duplexes, and penthouses.

The luxury apartment complex was set to come equipped with a rooftop helipad and a private helicopter as well as a fleet of five Mercedes Benz luxury cars for the use of the residents.

It was also said to feature Sri Lanka’s first-ever sky bridge, the tallest sky restaurant by the sea, an infinity pool, a 24-hour medical centre, a comprehensive library, and a private theatre.

In April 2017, the group offered customers who had pre-booked apartments a “seven-star luxury tour” around Dubai. The three winning couples were offered air tickets to Dubai, where they were to spend three days and two nights at the Burj Al Arab and tour scenic locations in a private helicopter.

In October 2017, prospective customers were allowed to view the model Achilleion apartment, which was promoted as the tallest in the world. The model apartment was built seven stories high in order to give customers a “firsthand experience of upscale living”.

Following a period of inactivity and silence, with a growing scepticism around the project, the real estate group came back to the spotlight when it partnered China Harbour Engineering Company Ltd. (CHEC) in 2018 April to build Achilleion.

This was a significant partnership as the Chinese construction giant is active in over 80 countries around the world and is responsible for the building of Sri Lanka’s Port City project.

The luxury condominium project which was to be constructed under a number of phases accepted payments from buyers and many of the buyers are believed to have paid more than 50% of the condominium’s value.

It is understood that scores of complaints have been made to the authorities against Blue Mountain’s smaller scale projects since early July, and even prior when Police Media Spokesperson SP Ruwan Gunasekara stated that the group was under investigation for fraudulent activities.

Blue Mountain Properties Chairman Dr. Hiran Hettiarachchi is believed to currently be in hiding as allegations pile up. All attempts by The Sunday Morning Business to contact Blue Mountain failed.

October 19, 2018 byCharindra No Comments
Prime Minister Ranil Wickremesinghe has requested the leisure and tourism stakeholders in the country to focus on developing hotel schools before building more hotels.

Japan to conduct skills test for workers in Sri Lanka

August 11, 2019 bythemorninglk No Comments
The Government of Japan will be sending a team of officials to Sri Lanka in the near future to conduct skills tests for qualified workers.