Inflows and outflows at BOI 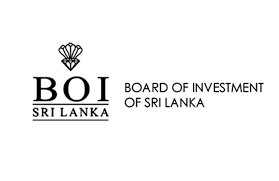 The Sunday Morning uncovered information which reveals that President Maithripala Sirisena’s sudden decision to dissolve the hierarchy at the Board of Investments (BOI) last week, which shocked the business community, may have been propelled by the apparent incompetency and carelessness of the former Director General of the Board Duminda Ariyasinghe.

In 2016, on the recommendation of the Minister of Development Strategies and International Trade Malik Samarawickrama, President Sirisena appointed Ariyasinghe as the Director General (DG) of the BOI.

It must be noted that prior to his appointment, earlier, in 2011, Ariyasinghe was demoted from his position as the Deputy Director General and was then asked to resign.

Nevertheless, following repeated requests by Ariyasinghe, he was later reappointed as the Executive Director of Project Implementation at the BOI.

Following Ariyasinghe’s appointment as the DG in 2016, the Director Board of the BOI, headed by the Chairman at the time, Upul Jayasuriya, determined a monthly salary of Rs. 275,000 for him, taking into account Ariyasinghe’s former position and activities at the BOI.

However, soon after Jayasuriya stepped down as Chairman in July, 2017, a new Board was appointed with Dumindra Rathnayake as the new Chairman. Rathnayake was also a member of the previous Board chaired by Jayasuriya.

According to the Secretary of the Ministry of Development Strategies and International Trade, the Ministry queried the reasons for the salary increment. Thereafter, the Ministry received a response from the BOI Board noting that the relevant Act contained provisions allowing the Board to decide the DG’s salary.

In its justification, the BOI Board also said that it compared similar salary scales with semi-public/private institutes and also set out specific targets for the DG to achieve.

Afterwards, the Ministry pointed out that while the Board does have certain leeway, in cases of major expenditures by the BOI it must seek approval from the Ministry of Finance.

The Secretary to the Ministry of Development Strategies and International Trade told The Sunday Morning that the Ministry of Finance is yet to approve the salary increment.

According to sources from the previous Board, soon after the new Board was appointed, Director General Ariyasinghe terminated a large number of projects that received the green light from the former Board chaired by Jayasuriya.

These projects included a proposal to set up a computer assembly factory where old computers were brought down, stripped apart, and made anew. The newly-made computers would have been exported with added value.

Both projects were canceled.

A project to recycle rubber from used tires, where the inner steel wiring of a tire is removed and the rubber recycled, was also terminated.

Sources then charged that, despite not needing such approval – as is clear by the responses of these institutes – the BOI, on instructions of the DG, sought the approval of Ministry of Mahaweli Development and Environment, Ministry of Science, Technology and Research, Ministry of Industry and Commerce, and the Geological Survey and Mines Bureau, in attempts to delay the graphite project for collateral reasons.

The Geological Survey and Mines Bureau, on 28 May, 2018, in reply stated that: “There is no restriction on foreign ownership, provided that the company is registered in Sri Lanka and complies with the provisions of the Mines and Mineral Act.”

The Secretary to the Ministry of Science, Technology and Research in response, on 31 May, stated: “I wish to inform you that this subject does not come under the purview of this Ministry.”

Meanwhile, the Secretary to the Ministry of Industry and Commerce, on 28 June, responded to the BOI on the graphite project stating that they had “no objection to the project” while also stating that they would even supply raw granite.

Nevertheless, the graphite project, along with the $ 12 million investment, and 300 employment opportunities, was rejected.

Allegations of bribery and corruption

Earlier this year, in March, following information received through a Right to Information (RTI) application, the National Movement for Consumer Rights Protection lodged a complaint at the Commission to Investigate Allegations of Bribery and Corruption pertaining to the issue of the DG’s Rs. 500,000 pay hike sans the approval of the Finance Ministry.

The President of the National Movement for Consumer Rights Protection Ranjith Vithanage told The Sunday Morning that he also wrote to President Sirisena regarding the matter.

“I lodged a complaint at the Commission to Investigate Allegations of Bribery or Corruption and they began investigation. I also wrote to the President on the issue. Soon after, I think the issue received serious attention from the authorities,” Vithanage said.

He said that he, in his letter to the President, requested that action be taken against Ariyasinghe and also requested to ensure that the money paid to him through the exorbitant salary was recovered.
According to inside sources at the BOI, DG Ariyasinghe was requested to vacate his position on Tuesday (16).

However, the Director General failed to do so, and on Thursday (18) requested the BOI Board to draft a release asserting that he had not resigned.

However, that very evening, President Sirisena issued a letter removing Ariyasinghe from his post as the Director General. The Chairman of the BOI, Dumindra Rathnayake, resigned from his position too.
Repeated attempts by The Sunday Morning to contact Ariyasinghe failed.

Former BOI Chairman Ratnayake told The Sunday Morning that he did not want to comment on matters within the BOI as he was not part of the Board any longer.

On Wednesday, the President appointed Hemasiri Fernando as Chairman of the BOI.

When The Sunday Morning contacted the newly appointed BOI Chairman, Fernando said that he was unaware of the activities within the BOI, and that he would learn more once he assumes duties.

“Once I have assumed duties I will have to look into all this,” Fernando stated.

Sources disclosed that Champika Malalgoda, a current employee of the BOI, is tipped to be appointed as the next Director General.

The National Movement for Consumer Rights Protection is to lodge another complaint tomorrow (28) at the Commission to Investigate Allegations of Bribery and Corruption, demanding that all monies paid to the Director General during his tenure be recovered.

“He was allowed to simply resign without any repercussions. That is not justifiable. We will be lodging a complaint on Monday demanding that all monies paid as a result of his salary hike, as well as all back pay paid, are recovered from Ariyasinghe,” Vithanage said.

October 20, 2019 byThe Sunday Morning No Comments
With just a few weeks to go before the presidential election, a crisis erupted in the Election Commission (EC) as a result of a power struggle between top officials, The Sunday Morning learnt.

August 27, 2019 byTSM Web Desk No Comments
The proceeds of the 'Wecare Concert' organised by the International Chamber of Commerce(ICC) Sri Lanka, handed over to children who were victims of the Easter Sunday Attacks.

UNP-led alliance to sign MoUs with parties on 2 March