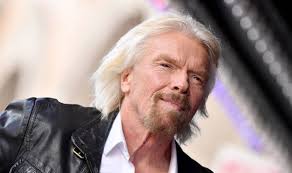 Virgin boss Richard Branson has pulled his Hyperloop One futuristic train company out of £1bn a deal with Saudi Arabia over the disappearance of dissident journalist Jamal Khashoggi.

Sir Richard, Virgin Group’s founder and chairman, refused to attend an investment conference in Riyadh after the Saudi leadership was accused of involvement of the suspected murder of the Washington Post columnist.

The billionaire tycoon insisted he wanted a “satisfying explanation” regarding Mr Khashoggi’s disappearance.

He said: ”Well, if it’s true that Saudis killed and cut up a journalist in Turkey, then I don’t think any business could do business with a country that behaves in that way.

“We have suspended all our dealings with Saudi Arabia until and unless we have a very satisfying explanation.

“It’s pretty horrific what we’ve all heard, and nothing yet has changed our mind on it.”

Virgin Hyperloop One is a futuristic high-speed train concept made up of passenger “pods” traveling in a vacuum.

The Los Angeles-based company has a handful of projects in the works, including in the UAE, Spain and India and in Ohio and Texas in the US.

Sir Richard said he was suspending his work on two Saudi tourism projects and curtailing talks of Saudi investment in two other projects.

He wrote in a blog post: “What has reportedly happened in Turkey around the disappearance of journalist Jamal Khashoggi, if proved true, would clearly change the ability of any of us in the West to do business with the Saudi Government.”

Turkish and US media has published leaked reports of what officials said were audio recordings that prove the Washington Post columnist was beaten and drugged and brutally killed before his body was disposed of.

The sources say he was killed within minutes of arriving at the building from where he had arranged to pick up marriage paperwork on October 2.

The Wall Street Journal, citing a Turkish official who has heard the recording, said Mr Khashoggi was allegedly killed and dismembered in the office of the Saudi consul general, Mohammad al-Otaibi, who was in the room at the time. A voice on the recording can be heard inviting him to leave.

The recording is also understood to include audio of Saudi military forensics official Salah Muhammad al-Tubaigy putting on headphones to listen to music as he begins to dismember the body and encourages other people in the room to do the same.

According to Middle East Eye, Khashoggi was dragged from the office to Mr al-Otaibi’s study next door, where Mr al-Tubaigy began cutting up his body on a table while he was still alive.

August 30, 2019 byTSM Web Desk No Comments
Australian activists have managed to halt the midnight deportation of a Tamil asylum-seeker family as they were being flown out of the country.