Breaking stereotypes through the generations

February 26, 2019 by themorninglk No Comments 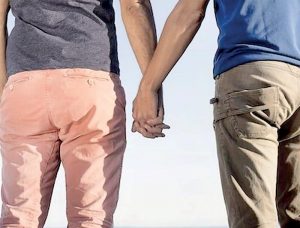 Seyad, a 43-year-old fashion designer, came out to his family and friends when he was 21 years. In conversation with The Sunday Morning for this week’s column, Seyad shared his journey as a gay man who managed to stand against all odds.

“My immediate family was very liberal, though the extended family was very conservative. When I came out to them, I thought I was the only person who was like that. Compared to now, the accessibility of information was very limited at the time. Today, it is easy for people to accept that there are people who are of various sexual orientations.”

Seyad noted that there is a lot more awareness and education taking place in relation to LGBT, HIV, and on the importance of coming out. “When I was in my twenties and ‘in the closet’, it was tough to understand or to know that there were many others who were like me.” 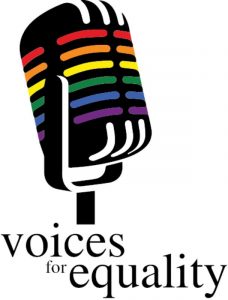 Coming from a community where men having sex occurred but was never talked about, Seyad experienced a very different way of life, where the very same men would later end up married and leading conventional lifestyles.

“Having witnessed such incidents and not having to conform to the norms, and be able to make my stand is an achievement itself. Even now, I come across gay men who get into heterosexual marriages to conform to the social norms.”

Seyad believes that while the internet is partly supportive towards creating awareness and sensitising the community towards LGBT persons, the many organisations that have popped up over the past few years too have had a hand in educating the masses about being considerate of gay people.

“While the internet and these organisations are merely tools for a gay person, I think it is also their responsibility to make their stand. I, from the beginning, made my pathway so that there was acceptance in my family and my extended family; my struggle was only till I came out to myself,” Seyad explained.

Even to his colleagues, Seyad does not hide who he is and he believes it makes life much easier for him. While there have been many changes in the way that society looks at gay men – more towards the positive side – gay men too should have a sense of responsibility in carrying themselves in a graceful manner in public.

“There will be times when people would pass homophobic remarks at me, but I would always address it immediately and clear the air with them. I also believe that as a gay man you have to be strong in your personality and your stance, be it with your family, or your colleagues at work.”


The right to live your life

Seyad is also in a relationship with a 26-year-old, and noted that with the age gap, the level of understanding of each other was quite different. “My partner was brought up in a conservative family background and even his conditioning on looking at social matters sometimes comes out as conservative. I always advise him to change the way he looks at things or change the way he approaches things.”

Growing up in an urban backdrop, Seyad agreed that he had not experienced the marginalisation from society much, yet he stated that the term “privileged” is not necessarily where you come from or what your social background is.

“You have to make yourself credible at some point. The bigger picture that needs to be projected is that you are a citizen of this country and you have the right to live the way you want to live. I try to make others understand that there is no difference between a gay relationship and a straight relationship. I feel the same emotions and go through the same emotions in my relationship.”

Seyad trusts that, coming out as a person and accepting yourself, pulls a lot more weight than your sexuality. He confirms that building a strong personality can lead people to not care what your sexual orientation is.

“I was once told by one of my clients that they didn’t believe I was gay. They went on to say that ‘shouldn’t gay men look effeminate?’ and I told them not exactly, not everyone has that trait. I think it is in your hands to present yourself to the public and to society as a credible person.”

Looking back at the social interaction and meeting people from the community prior to internet and mobile phone usage, Seyad informed that it was quite challenging. “We had our doubts when mobile phones and social media platforms became the trend. We were worried that the LGBT community would be further sidelined and be mocked through these communicative mediums. But, thankfully, the youngsters nowadays are more responsible and are using these mediums to spread awareness and incite positive imagery towards the LGBT community.”

Seyad also reminisces that in the late 90s newspapers would run pen pal advertisements and later they would find out that, it was a method used by the gay community to look out for people who were gay. He noted that even then with the limited mediums of communication the LGBT gay community found a way to communicate with one another.

“I should also mention that people were happier to find a person who was going through the same emotions. The primary objective was to find someone who would understand you and to get to know that there were other gay people in the country, who were looking to be friends with you. Physical interaction was the last thing people had in mind at that time,” he explained.

With some organisations sprouting and withering away, Seyad stated that the community was still standing strong and that it was amazing to see that some of the pioneering organisations were still around while new organisations and peer support groups were forming to empower the LGBT community in a collective effort.

September 29, 2019 byThe Sunday Morning No Comments
The struggle to restore the court complex in Hultsdorf saw further developments with the Minister of Justice charging that she was being unfairly blamed while the Bar Association of Sri Lanka (BASL)

June 10, 2019 bythemorninglk No Comments
In the light of the dire need for amendments and reforms to the Constitution as viewed by many, the Sri Lanka Freedom Party (SLFP) recently presented a set of proposals to amend the Constitution and a