An inquest has opened into the deaths of two rugby players who died while on tour in Sri Lanka. 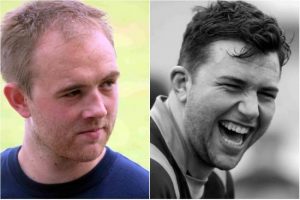 Thomas Howard and Tom Baty, who died in Sri Lanka last May

Thomas Andrew Howard, 25, and Thomas Reed Baty, 26, both from Durham, died in Colombo while on tour with Clems Pirates, a charity team which is part of Durham City Rugby Club.

Crook Coroner’s Court heard an investigation by Sri Lankan authorities found that both men had died as a result of the use of opiates.

At the opening hearing, which took place yesterday (Oc. 24), the court heard the pair were discovered in their hotel room on the morning of Sunday, May 13, suffering from serious respiratory failure.

Detective Constable Phil McElhone, from Durham Police, told the court that Mr. Howard died that morning whilst en-route to the hospital while Mr. Baty died on Tuesday, May 15 in a hospital intensive care unit.

The men had travelled to Sri Lanka on May 9 as part of a 25-strong team, which was in the country to play some rugby matches and do charity work.

The court heard the team had played a match with the Ceylonese rugby team on Saturday, May 12, before having food and drink with their opposition.

They returned to the Kingsbury Hotel at about 11pm before going to local nightclub Cleopatras, which was about 15 minutes away.

The team stayed at the club until sometime between 2am and 3am, when they returned to the hotel, with some members of the team going to the establishment’s bar.

It is understood Mr. Baty and Mr. Howard left the club together and took a tuk-tuk back to the hotel.

They were found in their room the next morning, suffering from “serious respiratory failure”.

Det Con McElhone told the court police were aware of and had requested further evidence from the authorities in Sri Lanka including witness statements, CCTV, photographs and transcripts of interviews but said it was uncertain when it would be finalised.

The inquest was adjourned until December 4, when it is hoped progress will have been made in obtaining evidence.

March 6, 2020 byRevatha No Comments
SLC named their squad for the side game against England cricket team on 7 March at Katunayake