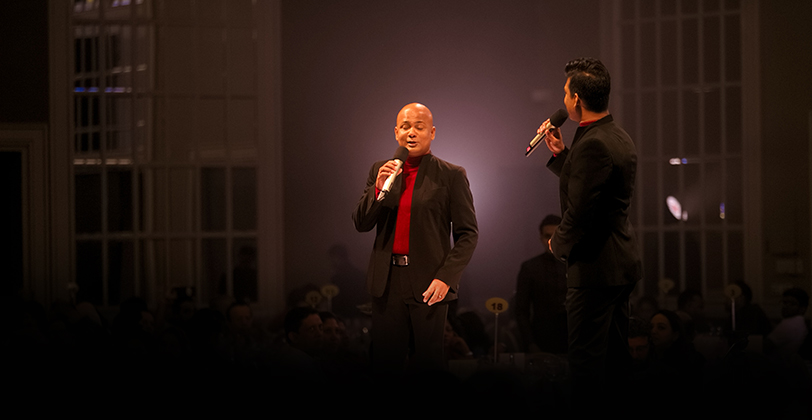 Standing the test of time 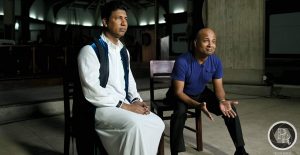 Rohan and Ishan De Lanerolle have carved a special place for themselves in the Sri Lankan music scene with relative ease; considering their melodic voices and dedicated stage presence, it’s no surprise that they are always the hottest ticket in town.

An undoubtedly household name in Sri Lanka, one would be hard-pressed to find someone whose mind doesn’t immediately go to the “De Lanerolles” when thinking of live shows and classical music.
This year, marking a decade in the industry, they’ve embarked on a mammoth task to concert 10 shows within the island and another 10 abroad. They will be having their fifth show of the year on 1 July at Lionel Wendt Theatre, featuring some of the De Lanerolle classics, a bit of Broadway, and some Italian Neapolitan songs.

We caught up with the duo at a rather inconvenient time as they were both quite busy living life. Yet, Ishan and Rohan so very graciously made some time for The Sunday Morning Brunch to talk about what they’ve been up to since they set off 2019 with a bang in January.

Since you played your first concert of the year in January, you’ve completed a total of four shows in Sri Lanka. What’s the itinerary like for the two of you, and what’s the progress on overseas shows?

Ishan: So we’ve got our fifth show coming up on 1 July in Sri Lanka, and for the overseas shows, we have completed altogether four performances – two of which we did in Austria, one in Venice, and another performance in Malaysia.

You are doing these shows in celebration of a decade in the industry. You’ve had 10 years of success and maintained an expected standard in all of your performances. What do you think the secret is to longevity as a performer? 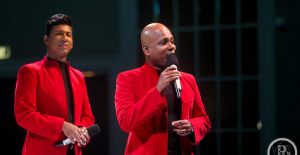 For example, in our dinner shows, compared to the theatre shows where you have the stage and lights, backdrops, and audience chairs already set up, we have to start from scratch from setting up the stage, lights, sounds, dinner tables, etc.

Rohan and I are very much hands-on and we also have some fantastic partners working with us. We even check the toilets – that’s the amount of attention to detail we give. Someone can argue and say that the hotel is not our responsibility, but we don’t agree as we feel everyone is a part of that “De Lanerolle Brothers” show. While we are ready to receive praise for the show, we also find it necessary to accept any shortcomings, if any.

Your partnership has always been a curious one, particularly to those of us with siblings. It’s not often that two brothers find themselves wanting to do the same thing at the same time. How has your partnership grown since the first performance many years ago?

Rohan: I couldn’t have asked for a better partner and partnership. We have been extremely close even before we started as a brand, and that connection remains to be, whether we are on stage or not. I think it is important to know that we have been brothers since I was six years old. We shared the joys and sorrows, and that’s a relationship that no one can ever beat – not only for me, but for all siblings.

There are so many artists out there who perform music that they don’t personally listen to. In your case, you both are known for classical, Broadway-style singing, but what music do you prefer to listen to on the daily?

In all your years in the industry, did it ever cross your minds to get into the pop genre and join the rat race of recording artists in Sri Lanka?

Rohan: We are not competing with anyone, but I do know many want to compete with us. And to me, that’s their business. I know for certain that some have copied our style of doing things and even the style of music we perform, so I am happy to know that we have followers, which means we lead well!

As of recent, Broadway music has really had a revival, with Broadway stars getting movie deals and Broadway music becoming more mainstream accessible. But it wasn’t the case when you started out. Was there ever a time when you were uncertain about the sustainability of your chosen genres? 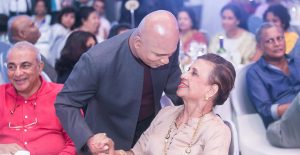 Rohan: To be honest, yes, as there were few critics who gave us a three-year lifespan in the business, stating that (a) sponsors will not sustain their support and (b) ours is a dying audience. I wonder what they have to say now because we strived to make structural and advertising changes and still do, as we need to keep challenging ourselves.

But, yes, time and time again, it has crossed my mind for certain and I’ve always communicated to Ishan that there would come a time as such. For example, I said there could be a time where we will not have a full house. But up to now, it has not crossed our path.

The success of this has many factors, which we will not divulge as that is our strategy, but one thing is certain – both Ishan and I have never forgotten our beginnings; we have not changed our ways and we still have time for people.

There are some changes to happen come January 2020, as there are things, which we’ve done for the past 10 years, we need to change, and hopefully, these will be positive changes for us as an internationally evolving brand.

Performing shows so close to each other, surely you’ve noticed some similarities and differences in the two types of concert-goers – locals vs. foreigners. What have you noticed so far, and what would you say your favourite concert experience is? 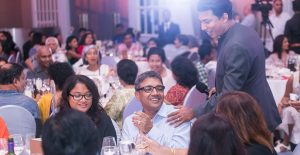 Ishan: We have been happy to perform from audiences of 50 to 50,000. We are thankful to our local audiences who come to listen to our brand of music – sometimes we get so astonished to see that we can still have sold-out concerts after 10 years. It’s also wonderful to be invited repeatedly by the same organisers for the fifth or sixth time to perform overseas, which means we are doing something right. Personally, my favourite concert experience was in Venice when we got a standing ovation that lasted for almost 10 minutes. For Rohan, I know our performance in New Orleans to 5,000 people was a memorable one.

At present, Sri Lanka is recovering from an unfortunate tragedy, and he two of you represent the country in terms of music. What do you think is different now, following the incident, considering your responsibility to be ambassadors of sorts to represent Sri Lanka in good light?

We had our Austrian and Venice tour soon after this unfortunate tragedy, which could have been avoided. However, even though we were overseas, our minds and hearts were in Sri Lanka; we were glad that the foreign organisers agreed to hold the concerts in memory of the victims of the incident – to support the affected in many ways.

We were also able to speak freely to the Austrians and Italians and invite them to visit Sri Lanka. There was a lot of emotion expressed towards us and we were happy to know that Sri Lanka has friends who feel for it. Most times, people come up to us and say that they knew Sri Lankan for a few things like Ceylon tea, the first woman prime minister, and even for cricket. They say they now know it for singing as well, which greatly humbles us.

You’ve used your popularity to draw attention to important causes such as to help charitable organisations. Any highlights you would like to mention, and a cause that has been closest to your heart?

Ishan: The charities that we have supported are many. Locally, from the Heart Foundation, National Cancer Institute, and the auditorily and visually handicapped school in Ratmalana to the Foundation of Goodness, the list goes on. We believe what we have is not ours. It’s God’s and God made man in his image. So whatever we do to help our brothers and sisters is not a choice, but a must! Sometimes, though, we have not been able to oblige – for example, there is no more room to slot for anything else this year due to 10 local and 10 overseas concerts. However, it’s always wonderful to meet and see the people you are fundraising for. This has always touched our hearts and minds.

Finally, let’s talk about your thoughts on Sri Lanka and its future in music. You train so many young voices and you’ve mingled with our country’s musical potential. Are you hopeful about the state it will be in when fresh talent takes over?

Ishan: I know that the future of our music is going to be amazing. I train over 250 students under The Voice by Ishan De Lanerolle, and that’s why I can confidently say that I know it will be amazing. The talent out there is amazing and I want to teach them all we can, so they get a head start. We even have concerts bimonthly, featuring two to three of our senior students as I want all of them to be performers. But I would like to caution them and tell them to not let success go to their head, but to be simple and always remain humble.

March 4, 2019 byRandev No Comments
International Women’s Day is looming in and The Future Team Sri Lanka is set to organise an interactive dialogue in light of the cause on 8 March.