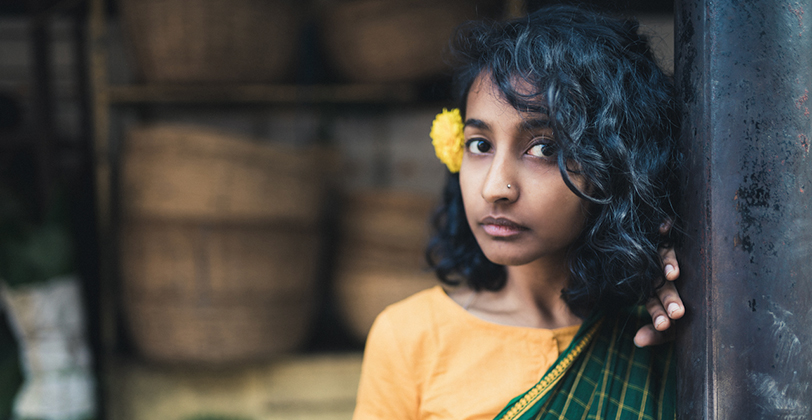 The soulful vocals of singer-songwriter Aditi Veena (30), aka. Ditty from Goa, India, will, in a lyrically-centred way, tell you personal anecdotes of a country she’s come to love. Her Lana Del Rey-like tone, although more youthful and somehow more soft, is both unpretentious and arresting. Her debut album titled “Poetry Ceylon” launched earlier this year, is a product of a realistic love affair she had with an island – its good and its bad.

Currently on tour in India promoting her album, Ditty spent a few minutes answering some questions we had for her.

Why Ceylon? “The country really spoke to me. Everything – from the ocean to the wildlife, the people and culture – I loved the smallness and openness of it all,” she recalled, telling us how she came to Sri Lanka in 2013 for two reasons – to dive and to see the work of one of Sri Lanka’s most prominent architects, Geoffrey Bawa. “I learnt a lot about myself and developed as an artist. The community took me in. The people were so warm. There were no restrictions, I could be who I wanted to be, and I felt accepted for the first time in my life.”

The time she spent in Sri Lanka as a conservation architect had a profound influence on her. She even met her partner here, and by 2014, she was working with the “incredible Amila de Mel in Colombo”. It so happened that Ditty eventually got to work with de Mel on one of Bawa’s beautiful houses – the Ena de Silva House. “We would travel from Colombo to Biyagama and Bentota every week. These were my formative years of working as an architect.” 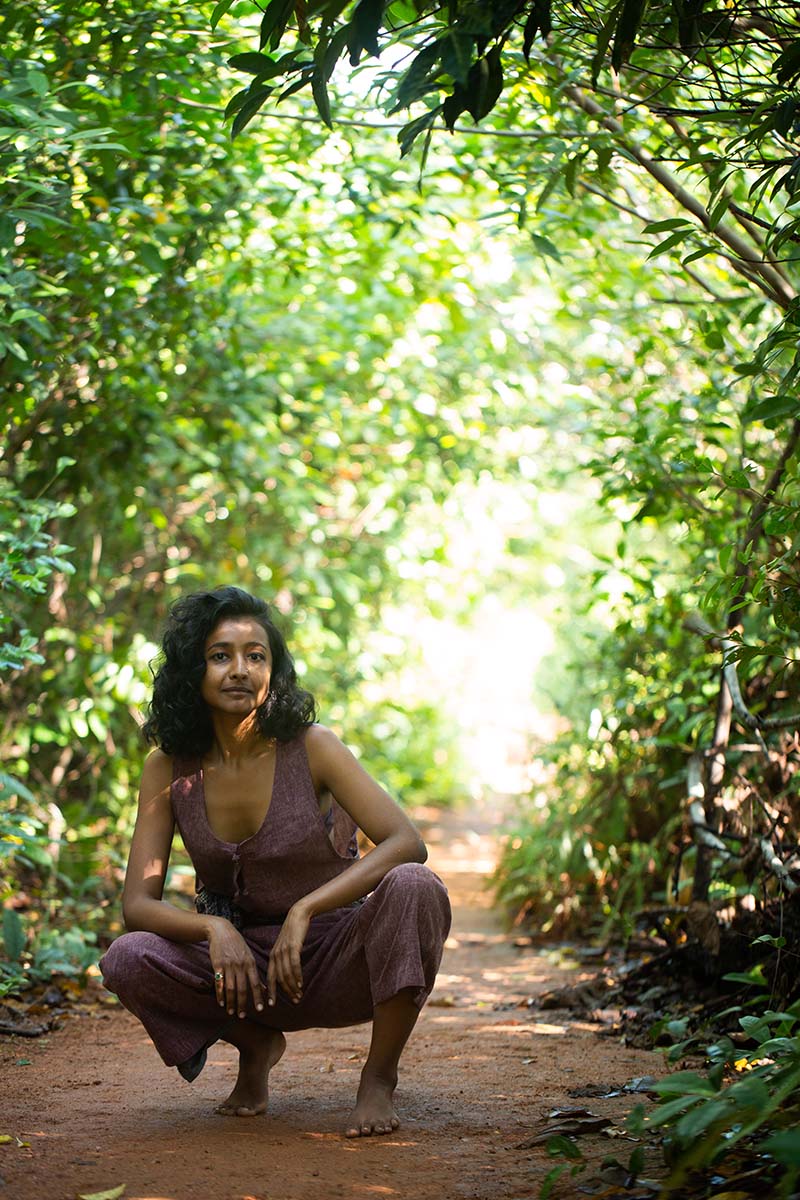 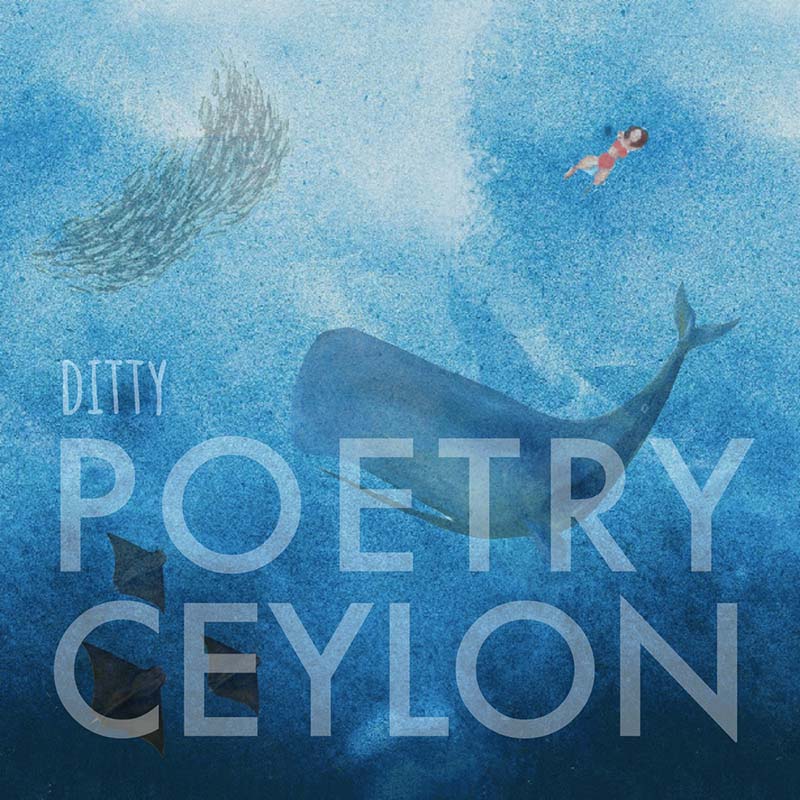 The album contains eight folk-tinged songs, although Ditty herself said she’s not really sure what her genre is. Most of the songs are framed within sounds of waves, rustling leaves, and chirping birds as Ditty croons about memories of a time that so deeply moved her. Listening to her sing, you get the sense that you’re with her in an apartment bedroom, perhaps seated cross-legged on a worn but comfortable carpet; it’s night-time and there’s a window open allowing just enough crisp air into the room. It’s not chilly but you’re tempted to wrap a shawl around your shoulders anyway. The picture fits the setting Ditty described as her process for putting the album together. “I would sing often in my bedroom after work. A lot of the songs and poetry are conversations with myself.”

Her childhood, growing up in Delhi, is the fondest souvenir in her life – “not a worry in the world; lots of time outdoors unfazed by the sun, rain, or wind.”

“I hated school,” she added candidly, saying that her parents were in their late 30s when they had her. “So they were relatively liberal and threw us into art and sports when we were young.”

Although she recalled having liked singing since she was young, she said she was “discovered” whilst in school. “I was part of the school choir, and it went on from there. I sang for many local bands as I was growing up.”

Songwriting, on the other hand, is something that came to her when she lost her dad to a terminal illness. “It was a tool I found to help me make life bearable.”

The music scene in Goa, she said, is not similar to what’s in Sri Lanka. “Sri Lanka has a very strong sense of community, which we lack here in India. At the same time, India has many more opportunities to explore as an artist.”

Commenting on the album, she said that the title is no surprise, stating: “It’s poetry on my time in Ceylon.”

“It’s such a special place!” she went on: “I loved all my dives underwater. I met with a whale shark five kms out of Colombo. I loved the natural beauty at Horton Plains, and I can never forget my visit to Adam’s Peak to catch the sunrise.” 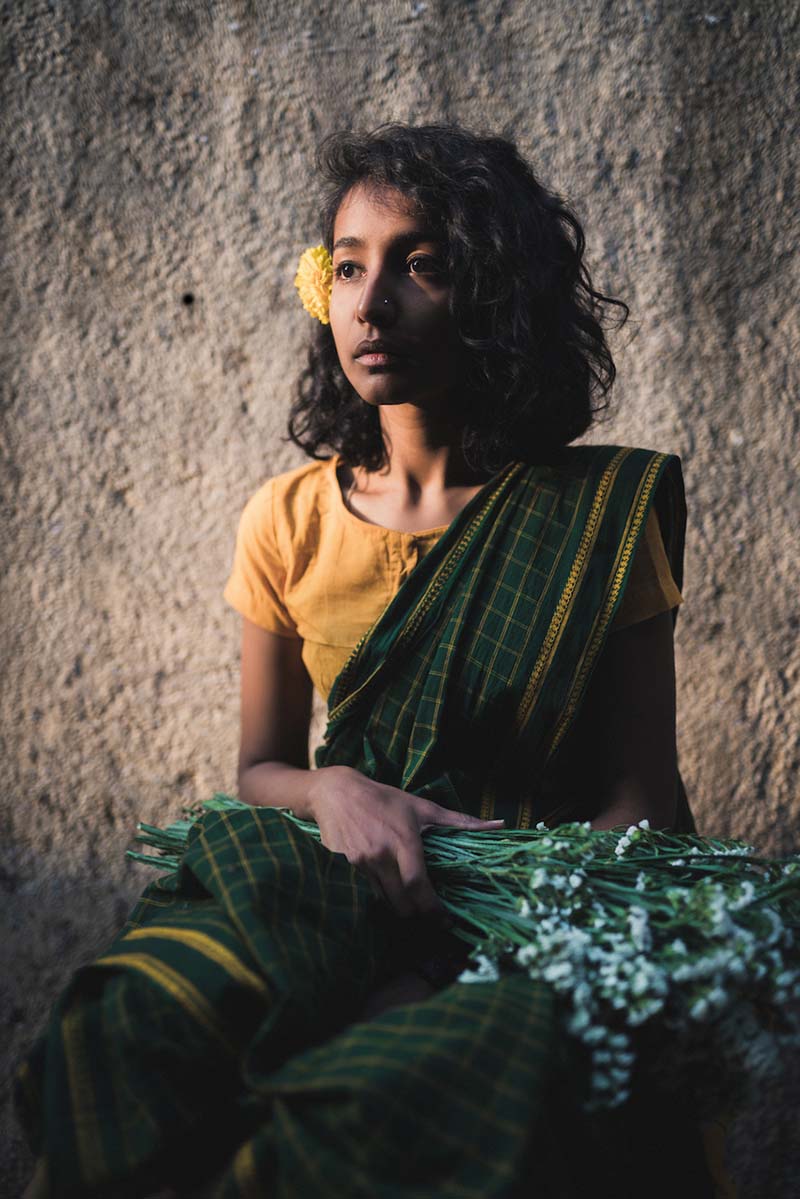 Although the island with its “meeting of green and blue” inspired her, it also taught her valuable lessons – that the pains of life are universal. “I moved to Sri Lanka in search of a better life. Growing up in Delhi, and seeing it deteriorate so quickly, I was quite dissatisfied with the quality of the air, water, the food we eat, and the culture on the streets. I wanted to be closer to nature,” she reminisced, pulling attention to the thinking behind her song titled “On an island”.

However, her song “Eulogy for the sparrow” inspired by the truth of her experience, has a different colour. “As I moved there (Sri Lanka), I thought I was away from everything, and I’d found my paradise, but slowly, realities started springing up. The forests were being knocked down to build new cities. Wild species were going extinct here too, and I was groped on the streets several times,” she admitted.

“It was here on the island that I accepted what human beings were doing to themselves and the natural world,” she said, adding that she also wrote about her heartbreak in the song “Deathcab”, about some beautiful people she met in the songs “Under the sun” and “Food city”, and about acceptance and surrender in the song titled “Garden” – “which the island taught me”.

Apart from the places and experiences, there are people in Sri Lanka who’ve greatly influenced her album as well. “My dear friend Natalie Prins, who I shared a flat with in Colombo. My partner James Clark, who I met in Sri Lanka. Larry T. Hill, who took me under his wing, got me gigs, pushed me to write music, and put my art out there. Inverse K, who wrote poetry for a song, History of Us, and ran something called Open Brain to inspire creators in Sri Lanka. Lakshya Dhungana, who co-created #StreetsForUs with me. The Melomanic community – Asela Perera, Natasha Senanayake, Chrisantha de Silva, and my dear friends Hania and Zul Luthufi, Imaad Majeed, and Kshitija Venkatesh, who supported me throughout.”

The reception for her album has been heart-warming for Ditty, who advised young musicians to do what feels right when it comes to pursuing their passion. Whilst more music and curated performances are what she sees in her future as an artist, she enthused that she’s also definitely coming back to the island that birthed her debut album.

“I hope to come back one day and set up a large permaculture food forest.”

June 10, 2019 bythemorninglk No Comments
Religion. Politics. Two things that have been discussed, dissected, and delved into in the last couple of months in our freshly wounded island.

What you need to know about slip skirts

November 4, 2018 bythemorninglk No Comments
This week we focus on finding that perfect skirt, and we take advice from Sachini Nathali Sarathsena who has her own brand EN;THALI - a ready-to-wear line which includes made-to-measure garments.