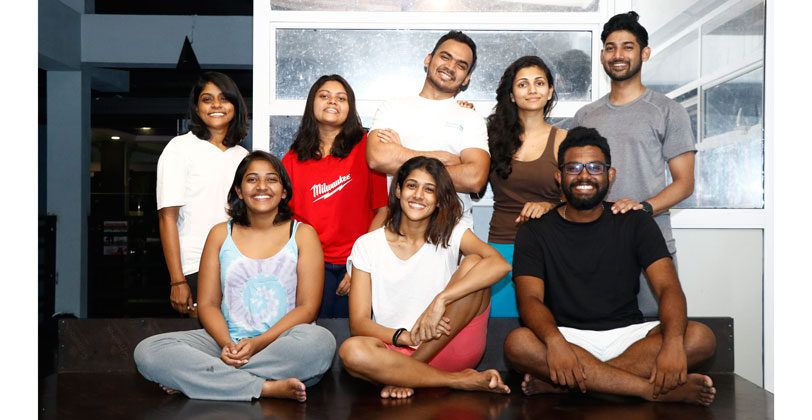 My Body, My Story by IdeaCouch

Customised theatre for a new era of entertainment

The most recent Garage Show by IdeaCouch titled “My body, My story” will be staged today, 24 March, staged in two time slots at 6.30 p.m. and 8 p.m. at Zimantra Leisure Centre, Battaramulla.

IdeaCouch is a venture that started out with the purpose of making “theatre more professional”, particularly due to the fact that as production costs are so high, the artists often do not get paid – IdeaCouch hoped to change this by incorporating minimal costs in production without compromising on the product in order to utilise proceedings from the show as compensation.

We spoke to IdeaCouch Director and Founding Member Rajitha Hettiarachchi about the correlation between the Garage Show and their primary goal of making theatre a sustainable career choice for artists. He said: “One thing that IdeaCouch does is performing for events like seminars, conferences, and launches where an entertainment item is required. As we write our own content, we assure that we provide customised entertainment.”

Similar to a band starting out on the circuit, Hettiarachchi provided that the Garage Show is the theatre take on the garage band concept, where they perform at residential houses. And in the performance, actors utilise “whatever is found in the venue and nothing else”, which provides for a minimal production cost as there is no extra expenditure on sets, lights, or make up, and the show feels very real as the collection of skits and monologues is based on a particular relatable theme.

My body, My story

“This will be our sixth Garage Show since the very first one in 2016, and the theme is “My body, My story. It is the first time that the show will be performed outside of the residential format and in a public place,” Hettiarachchi said. “We thought it would be cool to perform a show about body at the gym,” he explained, adding: “One thing I wanted to do was to take theatre out of the general stage format and stretch its limits – we’ve done this at a house, and now I wanted to see how we can take it to a public space.”

As for the relevance of the chosen topic of “body”, he said that with the conversation around the idea of body and what it means to people, with the Me Too Movement, fitness, and gender and sexuality-related issues, all of which relates back to the body, it is a highly relevant point of discussion. “If you ask any individual in a room, they will have interesting stories about the body and they (stories) will be completely different from one another,” he said.

Hettiarachchi provided that he believed that this form of theatre appears to really resonate with the audience, hence why they are in their sixth production. “We never really expected it to be so well received; the first one we did was an experiment and because people loved it so much, the concept has come this far,” he said, adding: “It is a stripped down, more intimate setting and you get to experience theatre beyond the stage and curtains.”

The Garage Show about My Body, My Story is inspired by some real-life body-related stories of people, which IdeaCouch has collected over the past few months. From health and fitness to sexual harassment and gender, the show will explore a plethora of issues related to one’s body.

IdeaCouch Founding Team Member and the previous Garage Show about Feeling at Home Director Eraj Gunewardena, returning once again as an actor for the sixth show, provided that “if IdeaCouch is our company, then the Garage Show is our product”, adding that the shows provide a platform for people to come and see what the troupe has to offer and then proceed to hire them for gigs and other customised performances.

“The concept is to make conversation about life, for example, a great takeaway would be for someone to watch a skit and then take that home and have a discussion about it – this possibly allows for a safer space to share personal experiences that were previously left unaddressed,” he said.

We spoke with some of the cast members, many of whom were part of the recurring crew, and they shared their experience working with IdeaCouch, this fresh new format of theatre, and also the importance of the theme of “body”.

Speaking about working with recurring cast members, Lithmal Jayawardhana said: “It’s a real asset to have an established offstage relationship with the cast because, particularly in this show, there are some intimate scenes, not specifically of a sexual nature, but still intimate, which requires the presence of believable chemistry. And when you have that relationship in real life, it’s really easy to portray that believability on stage.”

His second time doing a Garage Show, Lakshitha Edirisinghe spoke about what the show’s theme means to him personally and the impact he hopes it would have. “I think this is a very interesting way to discuss a very relatable topic and personally, when we were devising the show, as we discussed the concept and topic, we were allowed a platform to share our thoughts and experiences, and I hope that it would do the same for the audience as well.”

Ayudhya Gajanayake spoke of the direction and acting experience as opposed to traditional theatre. “Rajith as a director has allowed us the freedom to explore; in the beginning, he had us write out our own body stories – nine monologues in total – and this allowed for us to insert our own elements into the show and perfect the performance from there…we’ve worked together to make it a cohesive piece. When you come to the show, it’s best not to come with any preconceived notions – come with an open mind and think about it after the show.”

Please note that the show is more suited for audiences of the age of 16 and above due to the use of adult language.
Call/WhatsApp 077 1444660
Venue: Zimantra Leisure Centre, Battaramulla
Tickets: Rs. 1,000

January 16, 2019 byRandev No Comments
According to BBC Good Food trends report, amongst other trends, The Sri Lankan food scene has been voted number 1 as an up and coming food trend for 2019.