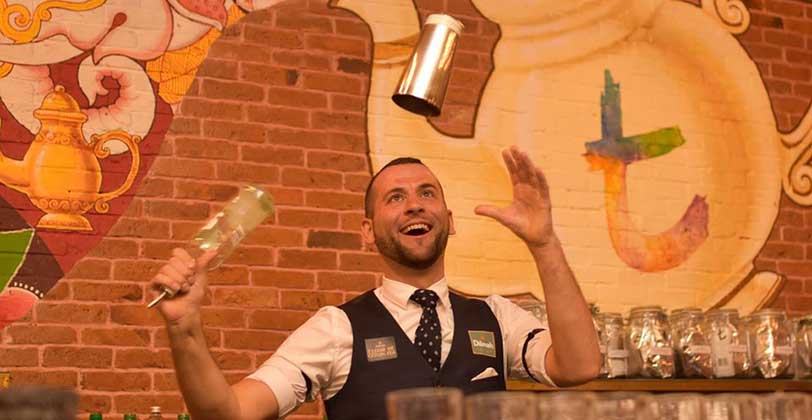 A crash course behind the bar 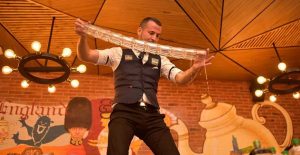 On 11 February, t-Lounge and Bar by Dilmah held an engaging tea-inspired cocktail session hosted by Polish bartender Tomek Malek, six-time World Champion in flair bartending, who is widely considered one of the best flair bartenders as well as one of the most titled bartenders in the world.

Malek conducted a mini workshop for his guests, helping participants create their own customised, tea-inspired cocktails alongside him. He carried out the session while giving the attendees a crash course on the history of flair bartending, sharing somewhat jokingly that while the style is becoming increasingly more popular around the world now, it really began to pick up in Poland around 1988 following the seminal movie classic Cocktail starring Tom Cruise.

He said that at present, flair bartending is wildly popular and there are nine big tournaments and bartenders travel the world, collecting points in order to compete. However, he said that while flair bartending has grown into its own thing, the art of bartenders using small tricks – even as small as twirling a spoon or tossing a napkin with flair – to entertain their guests has been the norm for the longest time. 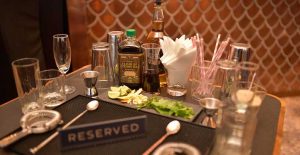 At the end of the session, Malek performed for the guests and quite literally left everyone flabbergasted as he proceeded to toss bottles, glasses, and drinks and balanced 16 glasses on his chin following which he neatly poured all 16 into meticulously arranged glasses all in one go, cheekily encouraging a dumbfounded audience to please do clap their hands if they wish.

After the rousing performance, we felt that we absolutely had to speak to this man, who is not only extremely talented, but also most charismatic and a delightful presence “on stage”, or rather “behind the bar”.

The man behind the bar

We asked Malek as to how he first got into the industry. He said it all started in 2003 when he just finished his secondary education and was looking to make some extra money bartending part-time.

He said he was very lucky to have got the opportunity to work with one of the best bartenders in Poland just as he finished his course in bartending, which opened up a lot of avenue for him to learn; he said since then, he was hooked.

He would practise by himself for hours on end, Malek said, and this was before social media made it so easy to share everything. “We had one DVD from Las Vegas which we watched again and again so many times until it finally broke,” he added. 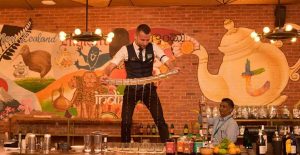 Malek took part in his first competition in 2004, and from then onwards, as he met more and more flair bartenders, he started to learn and practise together with others, thereby resulting in his impressive track record of 180 competitions in 16 years around the world.

He still marvels at how bartending went from a part-time stint during studies to the biggest passion of his life.
While it certainly looked very cool for us, the audience, there is no doubt each move that Malek performed took years and years of training. We asked him what it is that keeps him coming back with new inspiration to keep going…to keep learning, and he said bartending is never the same two days in a row – it’s always different and so it will never get old.

“It is great because if you know the language, then you can work all over the world because the classics, techniques are the same everywhere and so, if you like travelling, it is one of those professions you could really work in wherever you like,” he shared.

He added that one of the most amazing things about his profession is the community; the community of bartenders is “pretty amazing” and that they are incredibly supportive of each other, he said. “Wherever in the world you are, you will always have some friends who are bartenders.”

And, of course, the best thing about his chosen profession is that every day a new guest comes into his bar and keeps him in this profession.

Malek also shared that it is, like any other profession, a never-ending process of learning, and all the travelling he gets to do as a result of it is also a big lesson in itself. 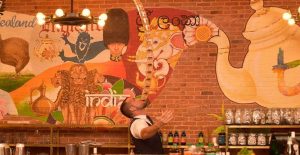 He shared that he loves to take a few days and learn about every country’s cuisine and culture, and it has been wonderful to watch how chefs from different parts of the world from different continents use various techniques.

About the current landscape of bartending, Malek said things are changing. “Fifteen years ago, cocktails like mojito and cosmopolitan was the maximum we could do. But now, we have all these fancy techniques. Also, the cocktail scene is flourishing all over the world,” he said, adding also that thanks to social media, “the exchange of knowledge has never been so easy”.

About his experience in Sri Lanka, Malek shared that he has visited our island six times now and each time has been a delight. He said he has had the opportunity to indulge in local flavours, fresh fruits, Ceylon tea, which is the best in the world, and of course the arrack. “It’s all beautiful,” he said. “These flavours makes it such a pleasure to mix in cocktails and I can easily imagine having a bar here and working behind a bar.”

Speaking about Sri Lanka’s bar scene and its bartenders, Malek said: “I think the bar scene is really growing here; I know a lot of guys who are very professional, with a deep passion to learn with so much talent, and I have seen them prepare for competitions diligently.”

“I think thanks to brands like Dilmah, who support the community with these workshops and classes, and also Dilmah School of Tea, the specialist and mixologists brought down by the company will all direct and boost the talent in the right direction,” he said. 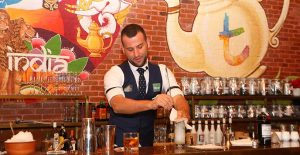 Not your typical love story