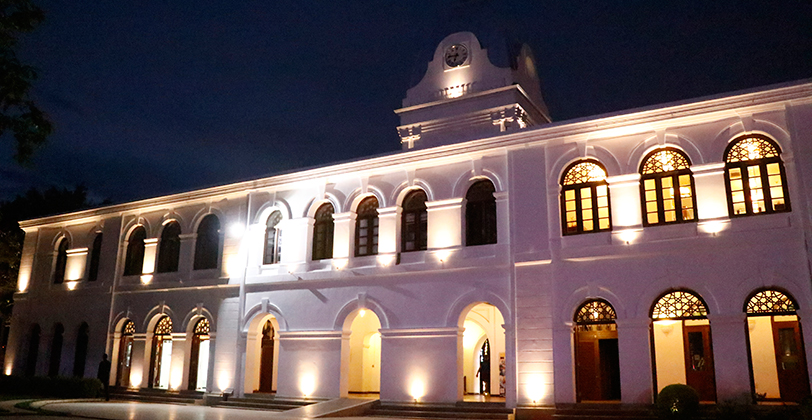 The Arcade Independence Square is a shopping complex housed in a group of renovated colonial era buildings in Colombo. Following the war, the beautification project of Colombo was soon launched under the Urban Development Authority (UDA), with the contribution of Sri Lanka Armed Forces for the systematic refurbishment of the city’s dilapidated structures, the Independence Arcade being one.

While the building was restructured to feature all modern amenities, the UDA project required special care to preserve the original architectural features. The entire project cost Rs. 550 million, and Arcade Independence Square was declared open to the public on 13 July 2014.

Much like the Old Dutch Hospital, which was one of the first-ever projects under the UDA, there was hope that this too would prove to be a grand success.

The Wax Museum Owner Nadiya Fernando, one of the businesses that had been a part of the building since its incorporation, said: “When we first started, since we were here from its incorporation, there was a sense of anticipation, especially since the Dutch Hospital did so well. However, things have changed since then.”

Nadiya’s concerns are felt more commonly, as you yourself may not be able to recall the last time you visited the place. Nadiya is but one of the many vendors who found issue with the venue, as many of those who started out with 10-year leases chose to abandon those contracts in favour of having no known association with the place.

It seems that what the vendors are saying is echoed amongst the general public as well. When asked what people thought about the arcade, many replied with snarky comments such as “when I want to get away from everyone to be alone with my thoughts, I go there, because that place is always fabulously empty”, “looks like it’s a good location for wedding photographers”, “the place offers food when taking shelter from the rain”, and “it has a nice Christmas tree in December”.

It appears that nobody is highly fond of the Arcade.

Some even went on to comment on its interesting history, bringing up the fact that it started off as a mental asylum in the late 19th Century. The decision to build an asylum was made upon the recommendation of Principal Civil Medical Officer Dr. W.R. Kynsey who had provided that the stress of repeated invasions and colonisation of Sri Lanka has resulted in mental instability amongst its people. However, it is suggested that there was an underlying reason of the wishes of one of his subordinates who was looking to conduct unacceptable experiments – those would otherwise be frowned upon in Britain, but in Ceylon, such things would not pose any issue.

The building, which was later dubbed the Jawatta Lunatic Asylum, was built simply but with highest-quality equipment, so much so that it well surpassed the budget for that time and Governor Longdon was hard-pressed to justify most of his expenses.

Following the building of the larger facility in Angoda, having all the patients transferred from Jawatta by 1926, the place was abandoned, and shortly afterwards, it was repurposed as the University College. Following independence, the structure was occupied by the Sri Lanka Broadcasting Corporation (SLBC), followed by the Public Administration Department, the Auditor General’s Department, and later the Government Analyst’s Department.

Sometime between its last inhabitants and now, the building was abandoned once again and slowly, the old hospital building became hidden in decay and neglect.

It’s evident that the intended purpose of the arcade was to serve as a luxurious and elegant tropical villa, an experience to be sought after. Yet, its potential was never quite reached.

Today, it’s difficult to even pinpoint exactly why it could not succeed; it was, at least in the beginning, able to attract several branded stores and top-notch local boutiques. It is an ideal location, facing one of Sri Lanka’s most prominent landmarks, the Independence Square, and yet, the Arcade remains deserted for most part of the day.

To get a clear picture of the current situation, we spoke to some of the vendors currently occupying the space, some of whom are new and are replacing vendors who have otherwise parted ways and others have been with the venue since its incorporation and aren’t fully satisfied with the arrangement. 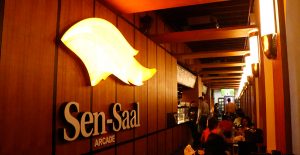 Sen-Saal opened its newest venture “Sahal” at the Independence Arcade a few months ago. A fine dining restaurant, Sahal offers authentic Sri Lankan cuisine and as of recent, Chinese cuisine as well. This is in addition to their pre-existing involvement in the food court, which is now entirely taken over by Sen-Saal.

Speaking to Roshan Hettiarachchi about their involvement at the Arcade, with regard to the food court area, he said: “It’s doing well. Before we came, it wasn’t as crowded and was quite deserted. However, now that area is rather booming.”

However, he said that as for Sahal, their fine dining establishment which is the replacement vendor of the previously central Kaema Sutra, a little bit more effort was required and that there are plans currently in the works to better promote the venue. “We hope to host cultural programmes every weekend and include more entertainment events to attract customers,” he said, adding that they cannot expect the UDA to take care of everything. “They rent us the building and hold their own events, which promote the venue, but we have to do our part as well.”

As for the building, he said that there’s no doubt about the beauty of its architecture. “It is an attractive enough venue for people to want to come and spend time here,” he said, also adding that as of late, the upkeep has been lacking and there was an issue with cleanliness. 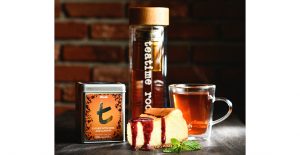 “Our outlet at the Arcade is one of our best; it has some of the best sales we’ve seen, largely owing to the fact that there is a large customer base mostly comprising youngsters, particularly locals who come to this specific outlet in comparison to the outlet at the Old Dutch Hospital,” Oshadi said.

She mentioned that their success may be primarily due to their easily accessible and visible location in the building. Dilmah is one of the very first spots an individual comes across as they enter the building. “It helps that no one struggles to find our outlet, it’s pretty visible and nobody is at risk of getting lost.”

Oshadi said that while most places like the Old Dutch Hospital relies on walk-ins to browse and possibly buy something, Dilmah Tea Lounge at the Arcade has a clientele that specifically come to the Dilmah outlet at the Arcade.
Speaking about the relationship between the remaining tenants, she said: “When Dharshana Munidasa was still here, that is when Kaema Sutra was around, there was sort of a union of all of the tenants. But since he left, there’s really been no such organisation, but we do go about anything via our personal contacts.”

She also added that their relationship with the UDA has been a very good one, providing that they’ve not been met with much resistance to any of their proposed projects and that the support has been excellent when it comes to organising outdoor events and such for the brand.

However, she mentioned that there is a growing concern with the levels of security imposed at the Arcade. “The only negative point I see is the security concern; security is very lax here. There’s barely any actual security involved and we’ve raised these concerns already with the UDA.”

The Wax Museum Owner Nadiya Fernando
The Wax Museum has only one outlet and it is at the Independence Arcade. We spoke to Nadiya Fernando, the owner of the business, about their relationship with the UDA and what being in the Arcade has meant for the business.
Speaking about the current situation at the Arcade, Nadiya said that, considering the tenancy, only some of the conglomerate brands have remained and most of the tenants who signed for 10-year leases have chosen to terminate their agreements and have left. She stated that since many of the businesses were vacated, many of the spaces have been rented out as office spaces, which was not part of the original contract.

She provided that there were some issues that need to be ironed out at the Arcade, particularly the fact that the building was not well maintained and the clientele visiting the place is not those who are targeted by the vendors renting the place. “Many of those who come to the Arcade are people who come to see the building – they are not its vendor’s client base,” she said, adding that it was not a good retail space and the events that the UDA holds in the courtyard attract audiences that do not match with what the vendors offer.” 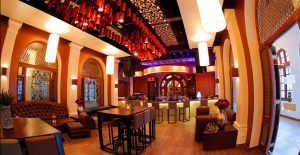 Deepak, who handles PR and strategy at Asylum, spoke of their admiration for the location providing that they believe it is one of the best venues in Colombo and many of their clients have opted to host their events at Asylum Arcade, primarily due to the beauty of the place.

“We love the ambience, and on a clear night, the outdoor events are absolutely gorgeous” he said, adding that, however, the issue was yet again the mismatch between their target clientele and those who actually visit the place. Therefore, they rely on extra efforts in promoting and marketing to attract an audience.

He said: “We also have a lounge bar and we’re the only ones doing that at Arcade right now. And being one of the only venues open later into the night at the venue, we see how perfect it can be, if promoted a little more.”

Piyumi Peiris from Linen and I
“All I can say is that we genuinely love the location; the venue is near-perfect. However, we believe that the venue is best-suited for a lovely little boutique hotel rather than a retail space – I have suggested this myself time and time again. But so far, from what is available, it is still a beautiful place to visit,” she said.

In the public’s eye

Chamath Alwis
“I do not have a whole lot to elaborate, but I feel like it’s a waste. All the same shops I see in every other place. The mapping is a mess. It’s dark. It’s filled with couples. I don’t feel like shopping since the place does not encourage me to purchase anything. It’s like a sight-seeing joint. It’s not a mall, certainly does not have the atmosphere.” 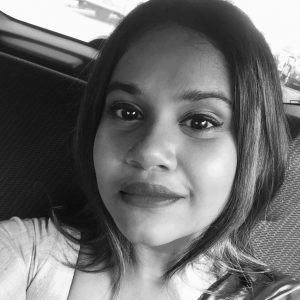 Pujanee Galappaththi
“I think the Arcade is a waste of a lovely location. It’s just big and very monotonous. The cafes and shops in Arcade don’t necessarily stand out and it is pretty deserted in an evening, unlike MC or maybe Liberty Plaza.” 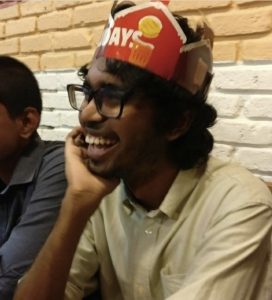 Bhanujith Wijesinghe
“It feels like what we find there – brand retail stores – don’t suit the high-end architecture that implies something a little more important. All of it makes sense on paper though, it’s a cool place to hang out and the shops are to take advantage of the average person.” 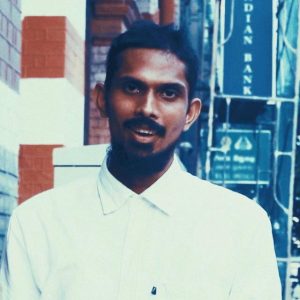 Ranush Ratnasekara
“Like every other attractive location in Colombo, it has lost its novelty. It is a very boring place to go to now, filled with just a certain kind of people that’s likely not the originally intended target. They should have active events to keep it interesting and the shops are catered to high-end crowds when it could be mid-high.” 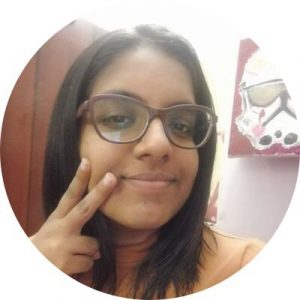 May 15, 2019 bythemorninglk No Comments
According to the Epidemiology Unit of the Ministry of Health of Sri Lanka, there have been 15,748 dengue-related deaths reported as at April 2019 in the country. Despite years of awareness, the dengue

September 15, 2018 byJennifer No Comments
The National Dangerous Drugs Control Board’s most recent research focuses on the nature and prevalence of drug use in nightclubs and beach parties in Colombo and suburbs.