Boys will be boys? 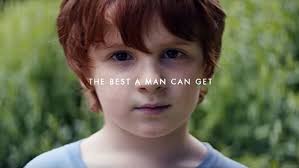 The 21st century, the day and age of the millennial’s, renewed energy on feminism and campaigns that flood the streets of western societies.

Catcalling and double standards focused on women continue to exist, but what of the men who are in fact gentlemen?

Today’s society has pinned itself on the double standards that gravitate towards women so much so that we may be failing to identify the inexplicable double standards men are subjected to for the longest time.

As the mundane goes, ‘men shouldn’t like pink’, ‘men must be strong’, ‘why are you crying?’, ‘Be a man!’ are just a few of the most basic phrases a majority of us heard growing up.

We crave for equality, yet we constantly look over the very roots that are entrenched in today’s society and feed into its confines ‘boys will be boys’.

Whilst catcalling is a stereotype we witness daily, there are others that we see but yet choose to ignore.

Let’s try this, you see two young boys fight, you join the crowd, and then you cheer on and say ‘boys will be boys’.

You then see this young boy grow up to be a striking stud. A stud with a drawback, not only would he assault men, but he moves on to the harrowing act of assaulting women as well.

To delve further, such individuals are susceptible to the inadvertent acceptance of the notion that it’s acceptable to assault another human being without having to be held accountable.

Establishing your stance, standing up for what is right, reflecting on individualistic moral values will not make you less of a man or less of a boy, but will quite certainly make you more of a human being, an earnest one and most importantly, the best that you can be.

The recent trending advert released by the famous men’s safety razor brand, Gillette seemed to be expressing this exact thought.

Accountability, role-modelling, and perpetuating set standards for men perfected the tone for the advertisement.

The short film, called Believe, plays on their famous slogan “The best a man can get”, replacing it with “The best men can be”.

The company said it wanted men to hold each other “accountable”.

As always, there are two sides to a coin and the ad itself which references bullying, the #MeToo movement and toxic masculinity, garnered split opinion online.

Here’s what some of the members of our local audience had to say. 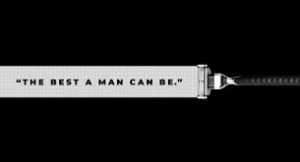 “I approve of Gillette’s advertisement. I honestly cannot understand why people are showing so much hate for it. It’s trying to send out a positive message to the community, and it’s about time we started seeing more advertisements like this.With the number of sexual harassment and stereotypical male chauvinism coming into light, it’s about time companies started spreading the message of equality and respect to their customers.

“For years the female species were portrayed as inferior to male in many ad campaigns of a variety of international corporations. No more. More and more individuals are finding their voice and coming out to speak of their experiences and I believe it is time for companies to ride this wave and send out a positive message to the people, if they can incorporate a selling point for their product good on them.

“The important thing is the message that they spread, and this advert does it well. But I believe it is time the new generation see that we are all equal and we are all human and therefore, respect each and every one for their differences. The fact that this advert has more dislikes than likes on YouTube is true representation of the mentality of a majority of the population today. It is time to bring about change and Gillette is at the forefront of change” – Ravin Jayasinha

“I think boys should be allowed to like whatever they want, there shouldn’t be anything set for what masculinity is” – @pujijan

“Guys should keep guys in check. It’s the best way to move forward in addressing this issue” – Manoj Kalutota

“Okay so this is the television equivalent of that t-shirt campaign telling girls to throw rocks at boys. It’s aimed around this idea of ‘toxic masculinity’ whoever came up with that word. It’s the idea that men should not be themselves, and that the idea of masculinity should be retrained through a feminist lens. Personally speaking, where in western society, feminism is a huge movement, it’s another example of radical feminists spreading their propaganda and telling men that they are overall ‘bad’. Also that part where all the men were going ‘boys will be boys’ was overwhelmingly creepy. It suggests that all men have the same mind-set. I was born in a household that preached against violence, but that didn’t mean to say that my dad was any less of a man or more of a man. Parents do different things” – anon

“I’m really glad that this message on toxic masculinity got in to the mainstream media and a major brand like Gillette would adapt it, especially to the point where it confronts its own messaging in the past. Re-examining masculinity is pertinent and unavoidable, and this ad is evidence of a necessary shift in the conversation brought about by decades of work by feminists” – Akiel Surajdeen

“This ad is great, and bears a message all men should live up to. We do need to find men accountable, making excuses for men who act in an inexcusable manner, is preventing us from moving forward” – Don Vindula

“I liked how Gillette had started the advertisement with one of their old ones. It shows that they are being introspective, understand that they were a part of the problem and are not actively being self-critical. It’s a beautiful ad. The comments under it are quite disappointing and rather revealing, though. Being a better person is apparently too much work. I fear for our future” – Minoli Wijetunga

“I think that the phrase ‘Boys will be boys’ is basically a free pass to allow violent behaviour seem normal and expected, in some cases. Phrases like that reduce prison sentences of sexual assault convicts (I.e. Brock Turner). Phrases like that explains why the #MeToo movement has barely reaped any female abusers, but continuously reveal this seemingly endless stories of corrupt men that apparently don’t understand the basic concepts of morality.

“I think being tough does no longer have to be about being physically strong or being able to stomp down your fear. Basically, I think emotional strength is what men should focus on and be free to focus on; about how much you’re willing to express, whether you’re able to understand what decisions are right but not easy and to be accountable for your mistakes. Now we live in a society where intellectual skill is more important. The dynamics that caused these associations are out-dated, so I don’t think society should use the same framework to describe a different breed of men.” – @tharini_95

“The thing about the Gillette ad is, it’s calling itself out for propagating toxic and abusive culture, it’s noting that the times are different and that more people are aware and they are aware that people need to be treated better, and they are saying it’s time to change because” – Meenu Samaraweera

July 17, 2019 bythemorninglk No Comments
Blast fishing or dynamite fishing is the practice of using explosives to stun or kill schools of fish for easy collection. This often illegal practice can be extremely destructive to the ecosystem.

Avurudu reflections from some of Sri Lanka’s much loved personalities

April 12, 2020 byBernadine Rodrigo No Comments
"Think of others, stay indoors, and work on your inner self," they advice this Avurudu