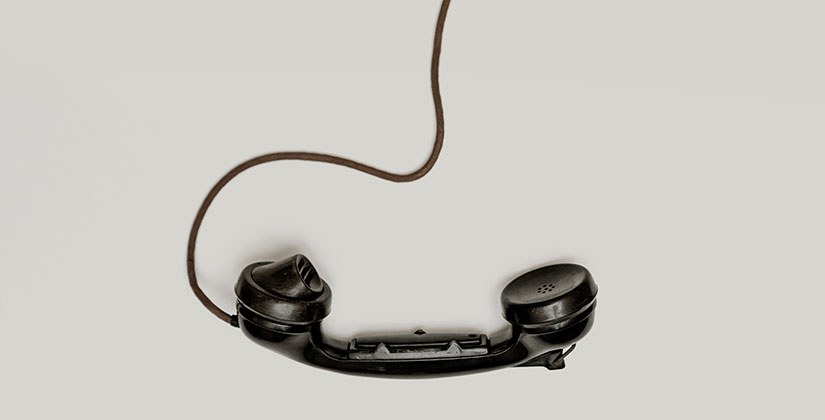 The Emergency Service call centres in the island play a vital role in keeping the country’s citizens safe, aim to provide the people faster access to the Police and or other emergency services, while also boosting efforts to eradicate various problems such as prevalent crime, property destruction caused by accidents, and health-related issues.

Local emergency hotlines ensure that in the event that there is a need for fire, medical, police, or rescue assistance, the first responders will act in a timely, efficient, and effective manner as all co-ordination efforts are confined at a local level.

Ministry of Law and Order Additional Secretary Thusitha P. Wanigasekara spoke of how meticulously the 118 Department is run, stating that there is a group of 30-40 trained officers working 24/7 on the phone lines who try their utmost best to provide a customer-friendly experience and resolve any and all issues directed their way.
He also provided that they receive a minimum of 100 calls daily, with the average number being between 130-160 calls per day, round the clock.

When asked about nuisance calls, and whether the public have attempted to misuse the service, he stated that he was happy to report that such things are very rare. There’s not many prank calls that come their way, and even if there were, Wanigasekara stated that the prankster would not be able to get away as the department will investigate. He stressed: “You cannot cheat us.”

We spoke to nurse N.R.I. Minoli at the 1926 helpline for the National Institute of Mental Health who provided that on some occasions, they receive 100-200 calls per day. Praveen Deshai, another worker, confirmed that they do in fact receive over thousands of calls a year.

The service they provide is primarily an information service where they will either direct you to or connect you with the necessary mental health service providers you may need. She stated that the caller will be directed to either Navodaya, a gender-based violence unit, or daycare centre accordingly.

When asked how they would handle suicidal callers, Minoli stated that protocol dictates they switch to a conference call with their consultant Pushpa Ranasinghe, who is on-call and well-practiced in talking to such callers.

When asked about nuisance calls and whether there are attempts to misuse the service, she said that they do get a number of prank calls – many of which are sexual in nature – and how they go about dealing with the situation at present is to continue to listen carefully to what the callers say, as the workers are never to dismiss the validity of a caller’s statements. They will then provide a suggestion for psychiatric help and/or evaluation.

Inspector of Police Mahakumara spoke of the operations carried out in the 119 Emergency Unit, providing that there are 135 officers dedicated in a central office, 24 hours a day, working on 26 open phone lines. He provided that the Superintendent of Police for the Unit is Amith Gunaratne, and the OIC is Chief Inspector Jayathilake.

He stated the number is available to all Sri Lankans and tourists within the island, for them to provide assistance for any issues – be it property destruction, public nuisance, or natural disaster.

“The line exists to protect and serve those in need and in our experience, we get phone calls from people in all levels of distress. As at 31 June, we had received 546,648 complaints – these are only the legitimate complaints and not the total number of calls which include distress calls from people lost on the street and calling the line in panic. We believe in increasing efficiency, and we are working towards it. However, currently, we must stress that those in this unit constantly patrolling the streets mustn’t be troubled for unnecessary things and nuisance complaints.”

Emergency hotlines for healthcare are a type of its own, with a host of its own factors to be addressed.

While many emergency hotlines in Sri Lanka are linked directly to its resources, much like 119, which is the Police Head Office, who will then dispatch to the area accordingly, the national line available for mental health merely acts as a mediator in directing one to the necessary service they need.

Research suggests that crisis hotlines are an effective means of mitigating suicide risk and are implemented as a safety measure, providing free and confidential counselling via telephone-based conversation, often to those with severe mental health concerns such as suicidal thoughts.

Crisis line counsellors are meant to provide emotional support to callers, assess suicide risk, and refer callers to resources including counselling, social services, and emergency services. Counsellors can be professionals or volunteers.

However, while the latter is somewhat satisfied by the services provided in Sri Lanka, the provision of immediate service is not. Privately offered helplines such as the CCC line 1333 tele-counselling service are in place to satisfy this need.

As discussed above, prank calls are a primary issue dealt with by central hotlines, primarily due to their easy accessibility, toll-less service, and obligation to listen through and give priority to every caller. This is why people often tend to misuse this service.

In Myanmar, personnel working in call centres admitted they receive more prank calls than actual calls in the reporting of crimes, adding that from 1,200 calls that get processed per day through the police hotline, only 100 in total are real emergency calls.

In the Philippines, in 2012 alone, over two million prank calls were received through the government emergency hotline, Patrol 117, which represents 96% of the total volume of calls received. In answer to this problem, the House Bill 4016 was passed, which provides penalties for prank calls.

However as mentioned above, while prank calls are not entirely absent, Sri Lankans appear to fear the repercussions of misusing state services, and rightly so.

@seniinthebox from Twitter
“1333 is a great helpline. Shanthi Maargam and Sumithrayo have numbers too. The former is a 24-hour line and the latter works a certain number of hours a day.”
—
Psychotherapist and mental health advocate Nivendra Uduman
“119 is a joke. They almost never answer. 1929 NCPA is okay-ish. 1990 ambulance is 100/100. The suicide lines are good except that the 1926 line needs to have better trained people receiving calls.”
—
Rooshan Akthar from Ragama
“I dialed the poison helpline once. They were very helpful and instructed how to deal with the situation.”
—
Dilini Algama
“I once called 119, but many years ago. I was with taththa in the car and a man on his motorbike wanted us to pull over ‘because we’d hit him’; we hadn’t and he was aggressive. The person stayed online till the man eventually lost interest. I called 119 as the man was aggressive and kept pulling up on the bike saying we should pull over and talk to him (we were driving). It was 1 a.m. and not a soul was out. I thought he’d get violent. I’m not sure who answered my call, but the person was calm and stayed put. The person on the phone asked us where we were (we were moving) and what was happening. It was more the latter, but with like ‘හරි, මොකද්ද වෙන්නේ?’. It was over in like 5-10 minutes, but I don’t know how being on the helpline would have helped if the man had been violent.”
—
Shailendree
“So a neighbour who we assumed was living by herself at the time was screaming in the house and also walking up and down the road, throwing stones at neighbours’ gates. Since it was dangerous and we were concerned about her wellbeing, we called 119. They didn’t answer at first, but when they did, I think they said they’ll send someone over, but they never did. When we called 1990, they said they can’t do anything because apparently they don’t deal with mental health issues. We also called 1929, the women’s hotline. There were really drawn-out automated messages in all three languages that defeated the purpose of an emergency hotline. No one answered the English and Sinhala lines. Ultimately, no one came to the neighbour’s aid.”
—
Anonymous
“There was a fire in a neighbouring house. Another neighbour had called 119, but with no answer. Then the Police, and again no answer. Only the fire brigade responded immediately.”

Suggestion: When making your emergency call, firstly provide where you are (if assistance is required at a certain location), then clearly and succinctly state your problem.

September 25, 2019 byThe Sunday Morning No Comments
Disrupt Asia 2019, the fourth consecutive instalment of the conference, will be held on 12 October from 2 p.m. onwards at the Nelum Pokuna Theatre, Colombo 7.

A hidden treasure in Moratuwa – the butterfly sanctuary

June 25, 2019 bythemorninglk No Comments
A hidden treasure, the urban open-air butterfly garden is the first of its kind in Sri Lanka. The butterfly garden focuses on important preservation methods to help valuable species that are slowly mo