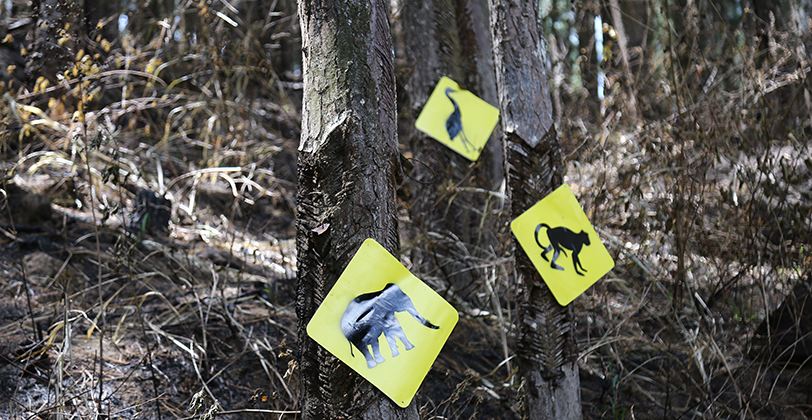 Art for the masses; a visual art journey

Anonymous Entry is a collective of artists who work in multiple mediums with the focus of contributing to Sri Lanka’s visual art history.
It is their mission to engage in experimental art while associating with fellow artists, establishing a dialogue on their causes, and upholding professional values and discipline.

The group is known for experimenting with new technology and methods in making art and contributing to the production of contemporary art while also studying new art-related knowledge and theories.

Their most recent project, “Sampara: Visual Art Journey” is an attempt to integrate art more deeply into societies. They have conducted two projects as a part of the series – one in Ussangoda and the other in a Malwana scrap metal yard – which gained some traction as they performed collective work, collaborating with the people there. 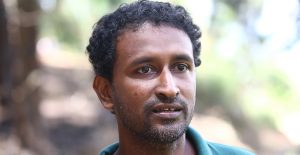 We visited Anonymous Entry at the Bowlana Estate, off Kandy, for their most recent entry to the series, a collective of art pieces done in the thick of the estate, focused primarily on concerns raised by the people in that area.

We spoke to the group’s curator Janaka Ambalampitiya who gave us little more insight into the group’s motivations. He touched on the thought process behind this particular project which is a little different to their previous projects as it is directly inspired by the surrounding community in this chosen area rather than being a display location for a chosen piece of art.

Janaka explained that the group believes in taking art to the masses. He said: “We chose to step out of the studio and gallery and present our performance art, because primarily, most visual art performances are done in Colombo within the constraints of a controlled space. What we wish to do is allow for these societies to also experience art and enjoy it.”

He added that form what they’ve gathered, he noticed that “everyone has the capacity to grasp an artistic concept because it is relatable, reason being that we have created our art around their lives, inspired by the problems they are dealing with. These people will not come to a gallery and so what we want to do is take art to them, to the common man. It is a different experience than watching a film or listening to music”. 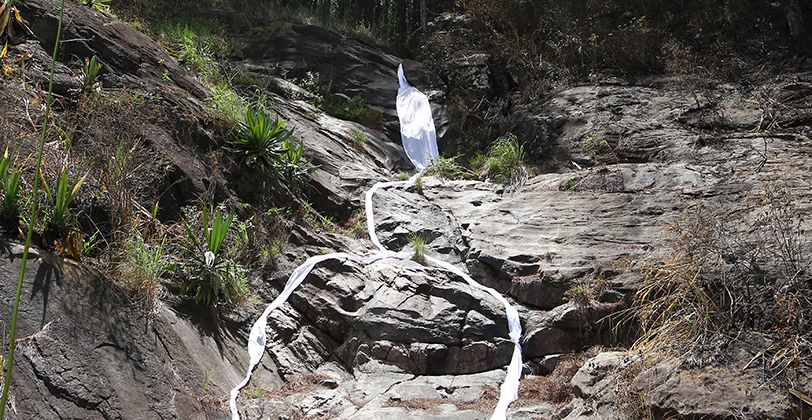 The art piece they are performing in Bowlana Estate is based on its residents’ struggle with lack of water and their belief that it’s due to the massive pine tree plantation that takes up the majority of the land.

Janaka explained that after speaking to the community there and also doing some research, they found that these pine tree plantations had caused a great deal of damage to the natural environment in the area – he said that according to statistics, the Central Province has 25,000 hectares of pine tree plantations which have absorbed any and all water bodies in these areas resulting in a totally dry area with a complete lack of water sources, adding: “There’s not even a weed to be seen, it’s all just pines.”

He added that the people in these areas depend entirely on these water bodies to fulfil their day-to-day water needs, and the issue remains that the water bodies in these areas aren’t that which are filled and reserved from rain, but instead have water sources straight from under the ground, but pine trees do not let such water bodies collect. 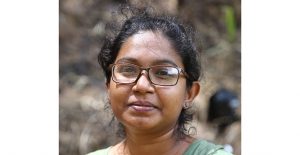 We spoke to the artists who were showcasing individual concepts which would then contribute to the larger whole.

Indrachapa Ruhunage, who has been a part of the group from the beginning, spoke of the inspiration for her piece which was focused on the wildlife in that area, or rather, the lack of it.

She said: “What I have done is to bring forth signposts displaying the animals that would otherwise be here in the natural forest had the pine trees not been introduced as imposters,” adding also that the animals that would otherwise inhabit these forests are now roaming greenery that is closer to human habitats which are on the lower hillside because they cannot survive in the pines-filled forest. This results in the human-animal conflict where the animals with nowhere else to go and feed end up interfering with the humans crops. 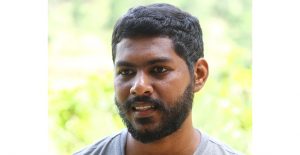 Kasun Indikatihewage spoke of the overall relevance of their “Sampara” project, stating: “Up until now, people have been living in a constant state of nostalgia and have been reminiscing, but after the Easter Sunday attack, people got jolted into thinking about the future. What we have done here is draw attention to what could be if we focus on these areas, listen to the community’s concerns, and address it.”

Harshana Kumarasiri related their work to be a representation of the voices of the people, stating: “Our process now is mingling with the community we are performing the art for; we would take into consideration their woes and ideas. We spoke to a bunch of people who were many commenting on our work. Performance art is not a drama, it is not theatre, it is the act of using your body and body language in order to evoke emotion, and that is what we are trying to do here.” 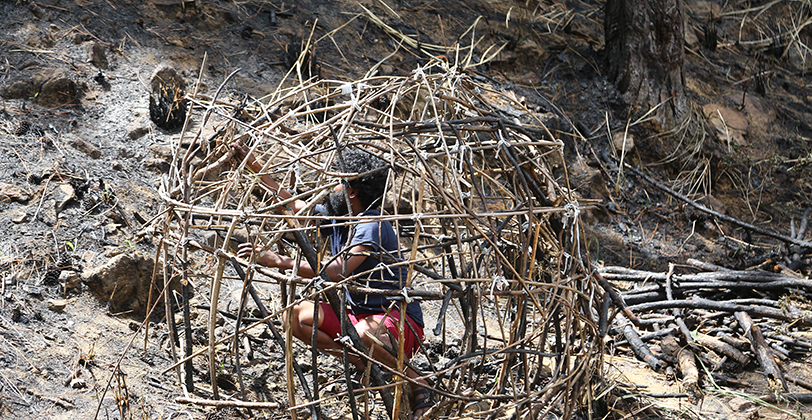 While communities are in the thick of it, they are often quick to get emotional, and so to confirm whether there is some truth to these concerns raised by those in the Bowlana Estate community, we contacted Sri Lanka Forest Conservation Department Information Officer and Assistant Conservator Sarath Kumara, who more or less confirmed what the artists had understood from the community in the Bowlana Estate.

Sarath said: “Pine trees do grow very fast, which may provide that they absorb more water than any other tree, but pine trees are also grown on unfertile land. There is no direct scientific correlation or evidence that can prove that the areas in which the pine trees have been grown would have otherwise had thriving forestry.”

He also provided that since there is no industrial demand for pine trees, they are no longer planted in Sri Lanka. However, with those that do exist, resin tapping is a big thing, but this results in stripping down the tree so much that it collapses which is a real hazard in these areas as well.

However, he provided that people do in fact believe the reason the water bodies have dried out was due to these pine trees, and he confirmed that the initial idea was to grow these pine trees in lands where other crops could not be grown, and that once the trees provide the necessary shade to the land surface, then new plants could be introduced.
According to Sarath, there are examples where this has been done, but due to the costly nature of such an intervention, it has not been done in a large scale.

It is said that art imitates life, and so it is the group’s hope that, just this once, life may imitate art even in a minute way; at the very least, that those in power are able to imitate art, in that attention is brought to the correct persons who are able to make a change.

December 30, 2018 bythemorninglk No Comments
This past year paid witness to a year full of victories for the LGBTIQ community. Amongst some lows were overwhelming highs that deserve to be celebrated.

“We need to be visionaries”

November 4, 2018 bythemorninglk No Comments
Climate change is considered to be a force that will negatively affect the natural environments and eventually deteriorate humanity as we know it.