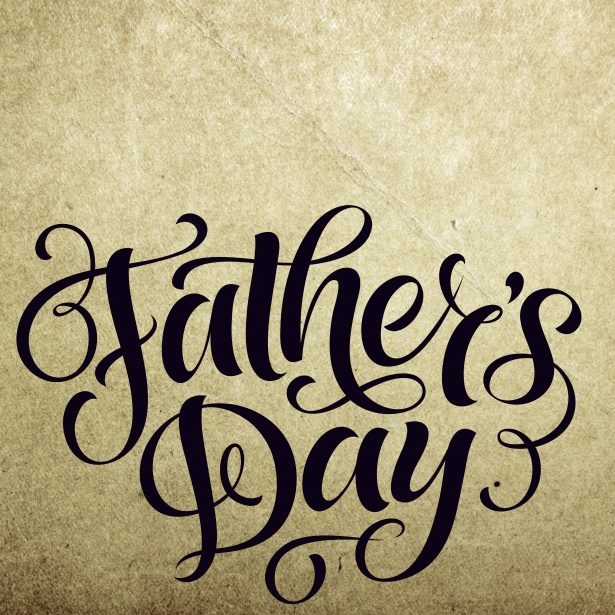 Pearls of wisdom from dads this Father’s Day

Whenever my mom says no, I almost always find myself running to my father. Be it anything, permission to go out with friends, extra cash, or even to nab a free ride to work or class. Most importantly, he’s always there, and I’m sure all kids would agree on this! (Dads always get you, you know?)
Today, 16 June, is International Father’s Day; a day dedicated to cherish and honour all fathers who are alive and are no longer around. However, celebrating their undisputed love and tremendous vigour must not necessarily be confined to just this day.
The Sunday Morning Brunch was interested in finding out how fathers view society, and was curious to know what goes on in their minds when those paternal instincts kick in. So here’s the lowdown of what six Sri Lankan dads uncovered!

We live in a day and age where young ones are dragged into an arduous battle of having to constantly prove themselves in school. They work tirelessly to get their grades up, so they get accepted into an Ivy League school or Oxford, simply because maybe mom or dad said so.
Yasas Hewage, an ardent cyclist and father to his 12 and nine-year-old children, stands for the exact opposite of this. According to him, free learning, activity, and play are imperative in the creation of well-rounded individuals.
“I know the formula to it because my father used to be an educational psychologist. He was very clear that you need to let children play versus making them study the same stuff everyone else does, and be measured by ridiculous yardsticks,” he admitted, whilst indicating to us that he hoped to achieve this by granting his children the same amount of freedom he received as a child.
Whilst it’s important to stay focused in school, it is also important to strike a balance by also allowing them to partake in extracurricular activities.
Learning through play enables a child to develop their social and cognitive senses that lead to the enhancement of emotional maturity as well as self confidence.
Source: Wikipedia

A day care is viewed as the holy grail by young parents or parents of toddlers, and this is so as most parents work.
We understand that children are not to be seen as an obstacle preventing individuals from continuing to pursue what they love. After all, this aids the maintenance and sustenance of a family.
Lost time can never be made up. The importance of spending quality time with one’s children was incited by Howard Martenstyn, a marine life enthusiast and father of four.
“It’s about finding a way to spend quality time with your family, something that’s very difficult to balance in the current environment – for instance, both parents working is a new trend, so I think it’s very important to spend that time, even if it means just having meals together every day during dinnertime.”

Being people of their own

A parent may, at times, fear the inevitable – their children growing. Not all parents want to accept this, but Ashok Ferrey, a blissful writer and father to his 29 and 23-year-olds, most certainly has.
In his words: “Even if the apple doesn’t fall too far from the tree, it grows on its own. One day there’s going to be a tree coming out of it and it’s going to be an entirely different tree. The best thing you can do is step back, and of course, you’re always going to be there.”
Children inherently grow up to be individuals different to their parents, and so wanting things on their behalf would be a dangerous affair.
We sometimes view parents who want their children to pursue various things, sometimes along the line of mainstream subjects, and this is nothing other than the masking of what they (parents) wanted to have, or hoped to achieve.
Ashok explained: “You cannot live your life through your children. They have their own wants and desires. Therefore, as much as you want them to do what you want, that should not be what you do. I think this is a mistake all of us dads make. You’d think they should write the great novel you never wrote, but that is wrong. Let them do their own.”

Keeping up with the pace; balance and update

Society and the world at large continue to develop at an astonishing pace. Whether it’s the initiation of a startup or just parenting, you snooze, you lose, and we really do mean this.
Adaptation is imperative in a fast-paced world, without which you’d sink. Long gone are the archaic methods of parenting, even in a South Asian nation such as ours.
Child-parent relationships have evolved over time as now it’s mostly turned into friendship. Nalindra Fonseka, father of his 21-year-old daughter, attests by this very notion. He said: “I wouldn’t compare my parenthood with that of my parents’, because how I bring up my daughter is very different to that. Culture and social status have changed now, and I’m in line basically.”
Nalindra goes on one-on-one outings with his daughter to watch movies. This is a basic initiative parents can take to get closer to their children.
Striking a balance is also important in a fast-paced world, and to Ishan De Lanerolle, this is achieved through a cordial relationship with one’s child. “I guess the future is only going to change even faster. But I think having a good relationship with your child and being a friend as well as everything else that comes with the role of a father, challenges you to stay abreast with what’s going on. You have to reach a good balance in anything, I would say that balance is the name of the game,” he added.

The past few months have been turbulent for Sri Lanka, considering its politics, security, education, and economy situations. Environmentalist and Rainforest Protectors Sri Lanka Founder Jayantha Wijesinghe views this as a threat to his two-year-old and all other children. “I have a concern as to the future of this country – whether it’s the best for our kids – because things over the last three generations have not been going towards a positive direction. It keeps getting worse.”
Extreme negativity, resultant of the recent happenings within the country, along with the disorganised nature of the enforcement of law and order continues to worry Wijesinghe.

A Bear’s Life – an Insight

August 23, 2018 byJennifer Anandanayagam No Comments
Despite occupying a significant status in Sri Lanka, the fact that this creature has rarely triggered meaningful research in terms of conservation was the catalyst behind the event, A Bear's Life - an

May 4, 2020 byJennifer Anandanayagam No Comments
Galle Fort, one of Sri Lanka’s most popular tourist destinations and every drone owner's dream location, has unsurprisingly suffered greatly due to the Covid-19 pandemic.