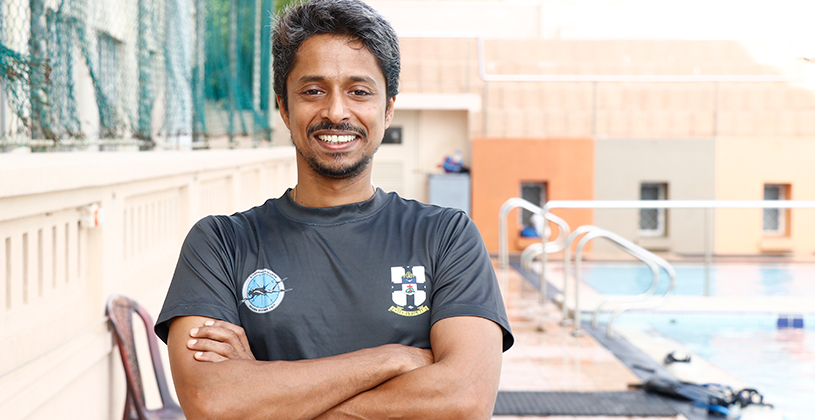 A dive into the world of underwater hockey

Aquatic sports have, since the emergence of physical activities and sports, held prominence in almost all sporting events ranging from the Olympics to continental championships. It goes without saying that there exists a plethora of sporting activities that aren’t even heard of by some parts of the world while they are followed religiously in many other parts of the world. Underwater hockey is one such sport.

To our surprise, we learnt that this unique sport has in fact existed in Sri Lanka since 1986, despite its unpopularity. The sport, which was initially introduced by Dr. Malik Fernando to Sri Lanka Sub Aqua Club (SLSAC), was reintroduced by committee member Ricardo Caivano. It was then taken up by S. Thomas’ College Sub Aqua Club (STCSAC), which was later practised in full swing. The sport is currently only practised by STC on a school level as indicated by Coach Yohan Abeysekera.

The game includes six players in a team and four reserved players. It revolves around a basic yet imperative trait – one’s ability to hold their breath underwater. Unlike sports like water polo, underwater hockey takes place entirely below the surface of water. 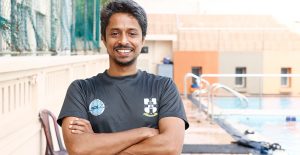 “The key skill is to be able to hold your breath as long as possible,” said Abeysekera. One is then required to move the ice hockey puck with their stick, which is 12 inches long, from one half of the pool to the next in order to shoot a goal. Further explaining, Abeysekera noted: “It’s just like hockey played on land, except for it is played underwater in this. It’s on a first-come, first-served basis; if you manage to come to the puck first, then you have control of it.”
Apart from the stick, the sport utilises equipment such as a mask, fins, snorkels, headgear, and gloves.
Aquatic sports render a tremendous benefit to one’s body and mind. As Abeysekera indicated, it isn’t an impact sport and hence, has no effect on one’s cartilage. It works out every muscle in your body and tones it accordingly. It also has a lot to do with controlled breathing, which increases one’s lung capacity, enabling them to hold their breath for longer periods of time.

“You inhale only 21% of oxygen, yet you use only a small percentage of that. The issue is the carbon dioxide build up, but our bodies are such that if you train it, you will have so much potential that not many people would realise – water is the key to unlocking these things,” he explained.

“Battle of the Clubs” is the annual underwater hockey tournament that takes place between STCSAC and SLSAC.
This time around, the organisers hope to dissipate more awareness to this fun-filled activity, which they hope would in turn attract the attention of other schools. Speaking on the tournament, Abeysekera said: “It would be nice if Sri Lanka could take a hold of this sport and give it a lot more publicity and introduce it to more schools. It is a very energetic and fun sport, and anyone can do it – be it male or female.” 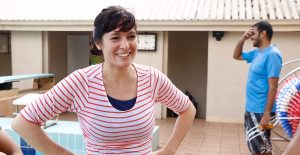 The tournament is set to take place on 6 July at the Mount Lavinia pool from 4-5 p.m. STCSAC will be headed by Vishma Bandara and SLSAC will be captained by Isabelle Lassee. 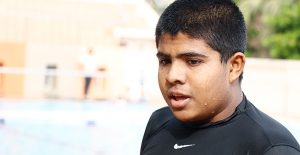 “I’m now in grade nine and I joined the sport in grade six. I think it’s really a good activity – it’s a global sport. In Sri Lanka, the only school that does underwater hockey is our school and I’m really happy to have become the captain this time” – Vishma Bandara

“I’ve played in France a couple of times, and yes, I’m really excited about this upcoming game. It’s a great opportunity to make this sport known in Sri Lanka” – Isabelle Lassee