March 1, 2020 by Jennifer Anandanayagam No Comments

Mumbai-based chef Alex Sanchez’s idea of luxury dining may raise a few eyebrows, but the picture he painted for us sat snugly in our hearts (or should we say stomachs?).

“To me, the idea of luxury is a place where I can be with people I care about, turn off my phone, and be present.”

The concept of luxury dining is changing the world over and Sanchez went on to fine-tune his picture, saying that what used to mean “white tablecloths, silver cutlery, fine china, tuxedoed waiters, and a strict dress code” has today become the opposite.

“Our lives have become more complicated and technology imposes itself on our everyday lives, infiltrating even our most personal and private spaces.” At Americano – his restaurant nestled in a bylane of Kala Ghoda, Mumbai – Sanchez and his partner Mallyeka Watsa have brought out the heart of an idea; to place importance on the experience and create a haven for their guests. “We set out to create a welcoming environment conducive to conversation and genuine interaction.”

Botanik Rooftop Bistro & Bar in Colombo will present Sanchez and Watsa in collaboration with Colombo Supper Club in an Americano takeover on 4 and 5 March 2020.] 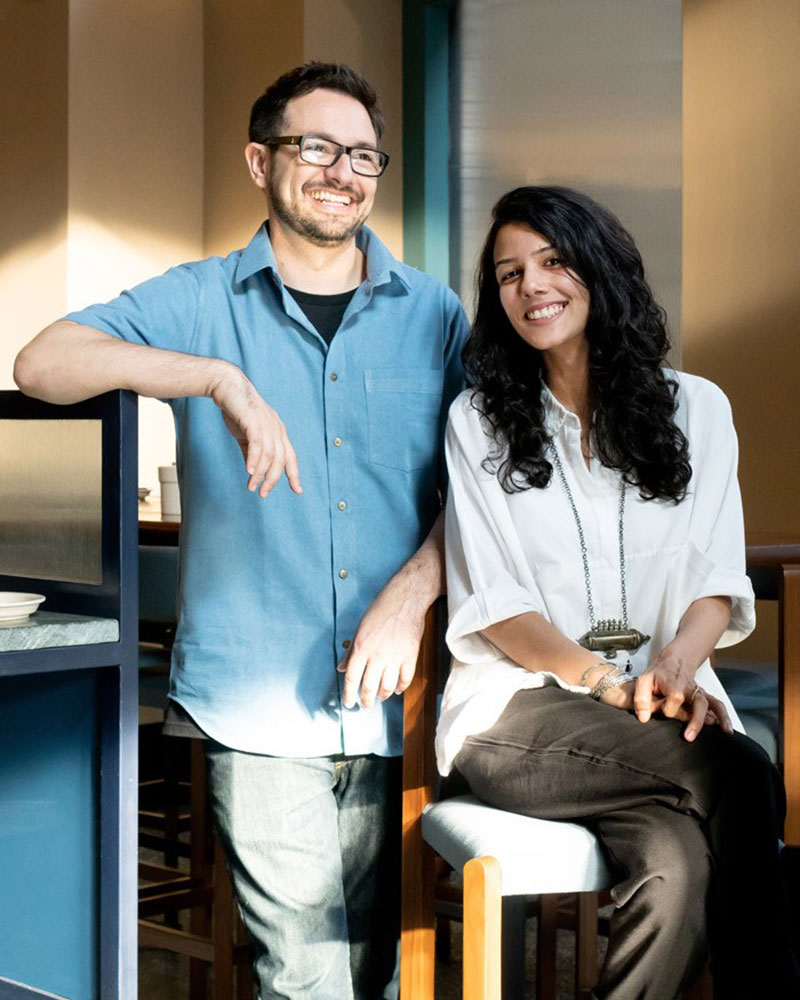 Watsa has been immersed in the restaurant industry since she was a child. Granddaughter to famed Indian cookbook author and legendary hostess, Premila Lal (aka. Kiki Watsa), she spent two years as the Manager of Sales and Client Services at Shakti Himalaya, one of India’s most exclusive five-star resorts catering to high-profile travellers and celebrities.

Having spent nearly his entire 18-plus-year career working in fine dining for which he is very thankful, Sanchez thinks his priorities changed as he got older. He no longer identifies with the tenets of fine dining. “I am a more inclusive, more casual person by nature, and it only made sense that Americano express those qualities.”

Americano, according to Sanchez, is a contemporary neighbourhood restaurant focused on California cuisine – a cuisine which draws inspiration from the multitude of cultures that make up his home state. “After spending seven years at The Table, Mumbai’s game-changing fine dining restaurant, I took a break to do some soul-searching.”

The end of his rumination culminated in his partner Watsa and him deciding that they would create the kind of restaurant they wanted to go to. “We shared the same view of what makes a great restaurant – not only great food, but also a vibrant setting and a welcoming attitude. Americano is the result of our collaboration.”

The name itself drew a lot of laughs from people. “They thought we were opening a coffee shop,” shared Sanchez. The duo’s reasoning, however, was that it had many layers of meaning which added depth to the name and gave the brand a sense of mystique. “Most importantly, the name is easy to pronounce, easy to remember, and totally unpretentious.”

Sanchez grew up in San Francisco in the 80s, a time when the city was going through a food revolution and “California cuisine was taking shape”. His father graduated from culinary school when Sanchez was a boy. “I vividly remember watching him receive his diploma on stage in his tall chef’s toque, he reminisced. What he didn’t know then was that that moment had planted a seed in young Sanchez’s mind. Years later, at the age of 17, he dropped out of traditional college to pursue cooking.

Sanchez elaborated that the restaurant industry is all about taking care of people, when asked what valuable lessons he’s learned so far in the trade. “Yes, we must take care of our guests, but restaurateurs often neglect the people that work for them,” he said, candidly. “We can’t make a business of taking care of people without first looking out for the wellbeing of our team (our family).”

He also said that one can’t make “chicken soup with chicken sh*t”. If a chef wants to make the best food, he has to use the best ingredients. “One of our most important roles as a chef is being a great shopper, and nurturing relationships with farmers, producers, and suppliers.”

Sanchez moved on to distinguish between passion and commitment, saying that passion is something that ebbs and flows, while commitment is constant. “Don’t be passionate, be committed. It’s unlikely that you will be passionate about your job when you are feeling tired and frustrated, but if you are committed, you will have the tenacity to get through difficult situations and be successful.” Wise words.

Of Mumbai and Sri Lanka

This will be Sanchez’s second trip to Sri Lanka. “Mallyeka and I came down in September and we couldn’t get enough of this very special country. We were totally seduced by its beauty and charmed by the warmth and generosity of its people. And the food…!”

Sanchez “went crazy” when he discovered egg hoppers, often making two meals a day out of them – egg hoppers with chicken curry for breakfast and egg hoppers with fish curry for lunch. “I loved the simplicity and the technique of getting the appam perfectly cooked with the egg still nice and runny in the centre.”

The restaurant industry in Mumbai, according to Sanchez in particular, is seeing a tremendous amount of growth and experimentation. He shared that not all restaurants are successful, but that the ones that stand the test of time are able to make a real impact on the dining culture across the country. “I believe that there is a similar opportunity for restaurateurs in Colombo. Sometimes, it just takes a bit of courage and self-belief.”

Sanchez thinks it’s important to remember that as restaurateurs, they aren’t in the concept business. “Everyone starting out in this business has ‘a concept’ they want to turn into a restaurant.” He concluded that restaurateurs, instead, are actually in the happiness business. “Above all else, our product (food, service, ambience, hospitality, etc.) must make people happy.” Happy people, according to him, become regulars and eventually spread the word like wildfire.

“A concept alone does not translate into happy guests. It is the careful execution of the concept which determines success. Even the simplest of concepts, when done well, can be tremendously successful.” His advice is to know your limitations and to open a restaurant that you know you will be able to execute at the highest level. “If you have doubts, simplify things and grow slowly over time.”

The pop-up is being hosted in collaboration with Naserah Tyebally of the Colombo Supper Club, who managed to entice and educate the palates of Sri Lanka with up to 16 pop-up dinners across two years, showing appreciation for and exposing a variety of cultures around the world. The event will be held during the course of two nights and will offer limited seating.

“Over the last year, we have become known for a number of signature dishes like our ‘Sweetcorn Ribs’ and our ‘Potato Love Letters with Avocado and Crème Fraîche’, and we are excited to share a taste of Americano with our guests in Sri Lanka,” enthused Sanchez, adding that each night, they will be preparing over 10 of these signature dishes. 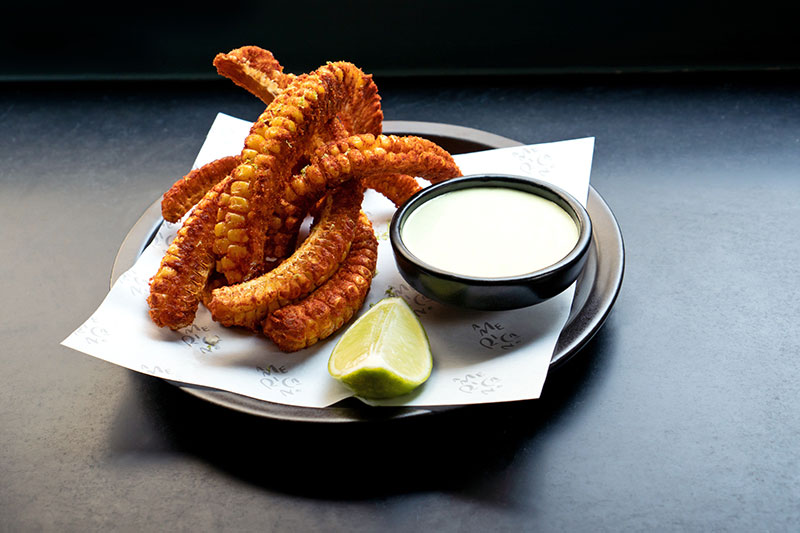 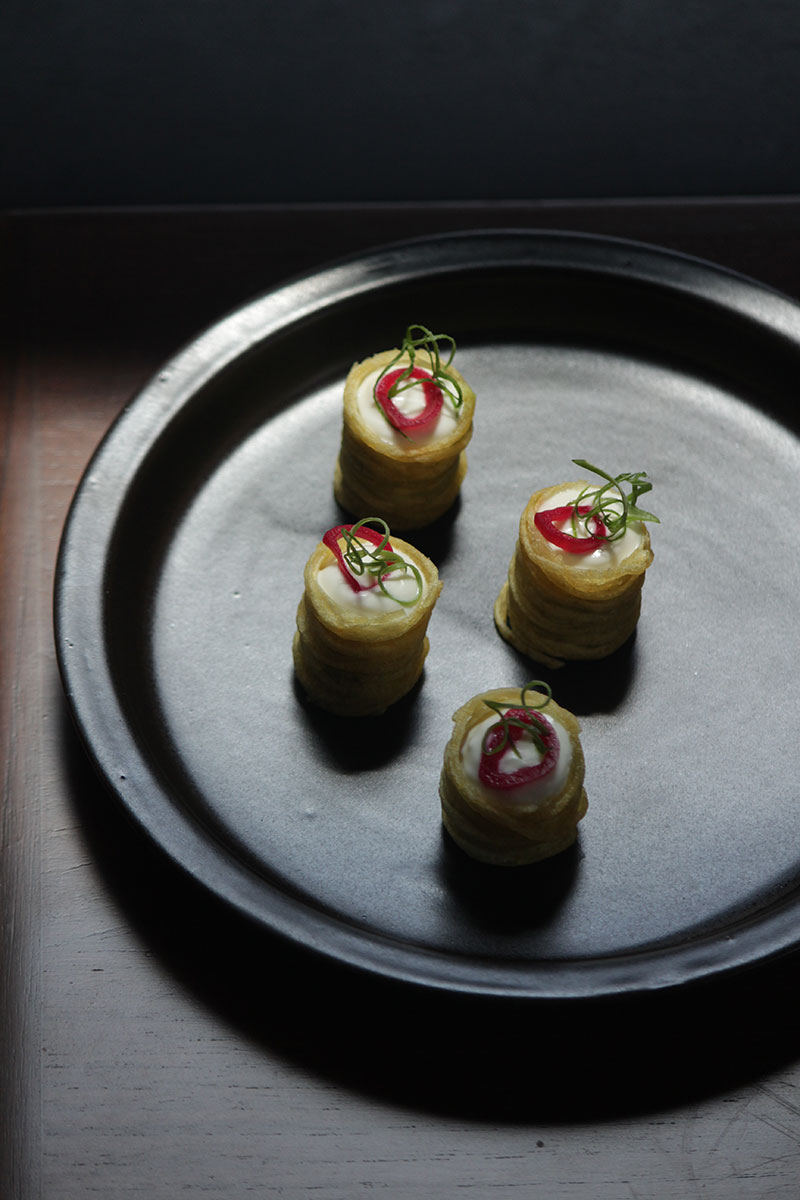 Botanik Rooftop Bistro & Bar is located on the rooftop of Fairway Colombo. Situated strategically in the centre of Colombo’s business and historic district, Botanik offers unparalleled views, eclectic cuisine, articulate design, and always an affable ambiance to all its patrons.

How can e-commerce and delivery move forward post Covid-19?

June 22, 2020 byNaveed Rozais No Comments
A webinar on how the e-commerce industry and real-time delivery industry can hope to adapt post Covid-19.