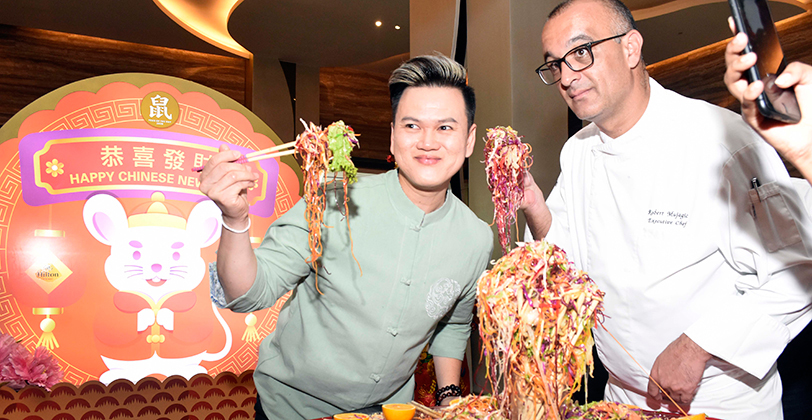 Hilton Colombo celebrates the Year of the Rat!

The Hilton Colombo welcomed the Chinese New Year on 23 January in the hotel’s lobby, followed by a special celebratory lunch at Graze Kitchen.

When this salad is prepared, the ingredients are tossed high into the air, while those around the table loudly exclaim “prosper” and other auspicious wishes.

In celebration of the Chinese New Year, Graze Kitchen will be hosting a special Chinese menu section in addition to their international dinner buffet from 23 January to 3 February.

While Hilton Colombo does not have a dedicated chef for Chinese cuisine, Executive Chef Robert Mujagic was more than up to the task as he has served up a vibrant new addition of authentic Chinese dishes.

The new addition to the usual buffet will be available to diners at no extra charge in order to mark the Chinese New Year.

Waffling – you’ve just got to have it!

March 3, 2019 bythemorninglk No Comments
Waffling is a quaint little waffle spot right opposite Havelock city, which you may have definitely come across at almost any food festival held within the bounds of Colombo.

August 12, 2019 bythemorninglk No Comments
The brand new venture “TRIBE” – the rebranding of what used to be at 41, Maitland Crescent, Colombo 7 – appears to be an instant success.