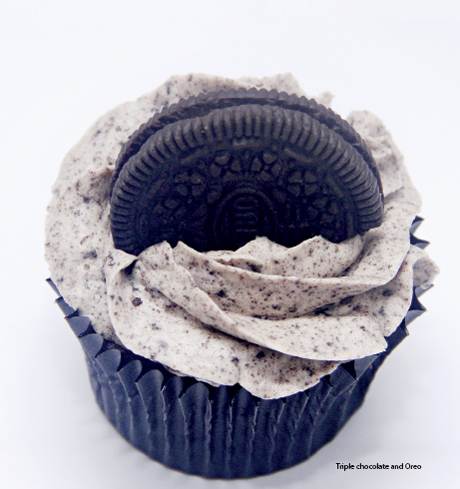 Cup OH Cake is a one woman show run by Janaasi Yapa Abeywardana, a self-taught baker with a knack for creating beautiful and absolutely delicious pieces of heaven from her home kitchen.

Janaasi spoke of her decision to transition her otherwise hobby – having baked for her friends and family on the regular – into a fully-fledged entrepreneurial opportunity. “I always enjoyed trying out new recipes and new ingredients. It’s just something I love to do, so I just thought why not give it a go.”

Her penchant for experimenting with new flavours worked out really well for us at The Sunday Morning Brunch and on the day we met, Janaasi decided to give her latest idea – pani pol-flavoured cupcake – a go, and it blew our minds. The treacle buttercream frosting was to die for and the extra dose of pani pol as you reach the base of the cake was fantastic.

Before we get carried away with how absolutely the pani pol cupcake was innovative and unlike anything we’ve ever had, we have to talk a little about Cup OH Cake’s style of cupcakes. They’re often two types – one is the basic cupcake with a lovely spongy cake base and frosting of your choice, and then there are the ones with extra filling in the middle which seeps into the sponge, sometimes paired with a little crunchy surprise which adds texture to every bite. 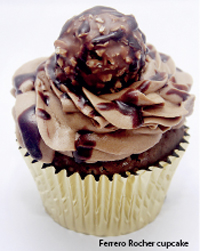 Janaasi provided us with one of her mix platters consisting of the now famous pani pol, Ferrero Rocher, kisses chocolate cupcake (with a Hershey’s kiss stiffed in the middle for a sweet surprise), vanilla, triple chocolate, and Oreo, all of which were near perfect. 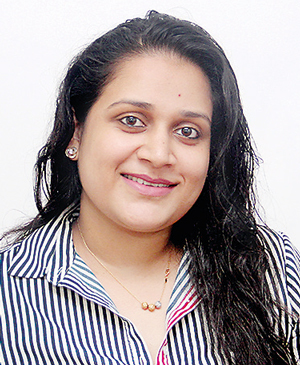 The only complaint, despite the fact that Cup OH Cake allows you to customise your order according to your preference, was that the frosting to cake ratio was a little too even, making the frosting a little too much in comparison to amount of cake.

As you’d expect, the Ferrero Rocher cupcake, topped with vanilla cream frosting and chocolate ganache with a hazelnut, was a hit. So was the Oreo cupcake. But the real genius of Cup OH Cake comes not in the heavily embellished gimmicky chocolaty desserts, but in how well she does the classics like the basic vanilla cupcake topped with buttercream frosting and pretty sprinkles – it was just a quality baked item with a soft airy base and tasty creamy topping.

Having started just barely a month ago, Cup OH Cake caters to any and all requirements. However, the only request from Janaasi is to inform her 24 hours prior, considering that she has an 11-month-old to look after as well all the while. However, it also goes without saying that having done a 90-cupcake order of her signature slated caramel cupcake, she’s certainly multitasking like a boss.

With all the internet noise providing no shortage of home bakers, we asked Janaasi how she feels about competition and how she plans to stand out. “I think, just like me, they too are doing it with passion and I really love that there’s so many such people, which is what really inspired me to start in the first place,” she shared, adding that “the competition is there, but I would’ve anyway baked as a time pass, and in the meantime, if people wish to try what I make, that’s just wonderful”.

Cup OH Cake’s minimum order is six cupcakes and you have the freedom of customising as you like. 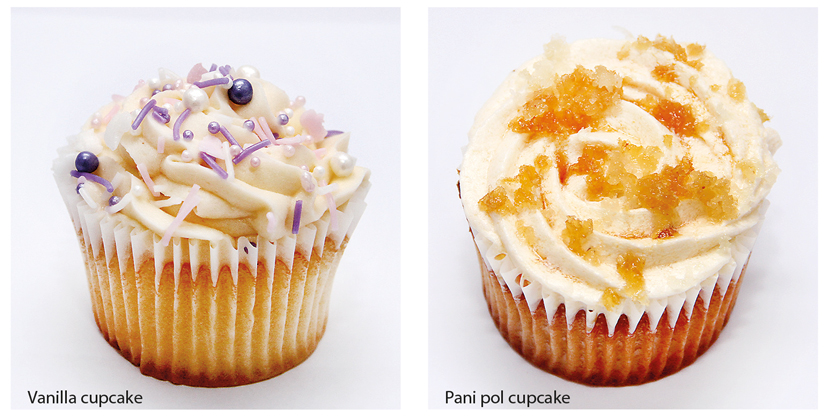 Hoppers, but make it ‘posh’

March 1, 2020 bythemorninglk No Comments
This week, we decided to look into the fine dining options available in Colombo when it comes to Sri Lankan cuisine; “fine dining” being food that is served in what is usually an expensive restaurant

March 28, 2019 bythemorninglk No Comments
A very interesting topic came up in the world’s favourite “F” word of social media very recently on what people thought of couples living together.