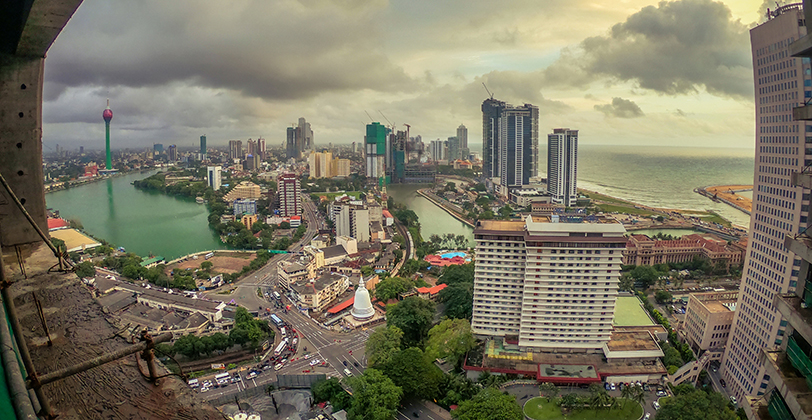 January 5, 2020 by Dimithri Wijesinghe No Comments

With the dawn of 2020, Sri Lanka is fast approaching a new chapter where it’s been presented with the valuable opportunity of a somewhat clean slate.
Following last year’s tragedy, the tourism landscape of our country suffered gravely. However, the election of a new president, and with it policy changes and time doing its healing, has allowed, at least the tourism and hospitality industry in the island, to get back up on their feet.
In late November 2019, it was announced that the Government had taken several initiatives to provide relief to the people in the form of reducing taxes after considering the weaknesses in the existing tax system. In December, the Government reduced of the Value Added Tax (VAT) from 15% to 8% and abolished the 2% Nation Building Tax (NBT), in addition to multiple other tax reliefs. The tourism sector will also be treated as the export sector with zero rates levied, provided that 60% of the turnover is sourced from local suppliers.
In order to get a better idea of what these changes mean to the businesses they are intending to benefit, we spoke to a number of prominent individuals in the industry about their observations since the changes were implemented, including their projections for the year 2020. 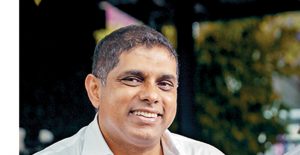 “We’ve seen great improvement, especially over the last week of December where we experienced real traffic in our outlets. This is however somewhat the norm. A peak can be observed around Christmas and that is when we experience this peak every year but hopefully, we can sustain this spike. It usually lasts till about the end of March when the pickup occurs late like this, so we are hopeful. Since November last year, things have been looking up and the upward trend has lasted; for us at least, it has been positive. We can say with certainty that Colombo’s city restaurants have somewhat recovered. However, it’s not so with the South, but typically, things in the South pick up a little later.” 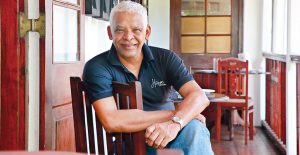 “We the Restaurant Collective welcomed heartily the new taxations which have really delivered more traffic to our properties with the doing away of the ‘plus-plus’s, VAT, MPTs, etc. From the consumers’ point of view, it’s really been very positive, therefore we’ve also benefitted and it has helped us drum up business. To be honest, 2020 is looking very positive, the trend has really picked up and we are at where we were this time last year. We personally saw lots of tourists coming through, and from what the President himself has expressed, intend to create a one-stop shop here in the island, where tourists can come in and have a true value-added experience.
“The new Minister of Tourism also expressed interest in assisting and carrying out this trend and he expressed his support over us having formed the Restaurant Collective and encouraged us to go forth with elevating the industry here in Sri Lanka.”

Harpo went on to outline some plans the collective has in store for those in the food and beverage industry here in Sri Lanka, such as elevating standards through seminars and such for the new year for which a calendar will be made available soon with the activities planned. 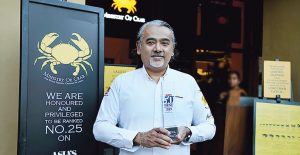 “After the bombings on Easter Sunday, there was a revenue drop. In some places, it was 100% and for us it was negative 75%. Our restaurant, not by design but by organic growth, is tourist-oriented. However, with time passing, the differences in revenue has become less, there has been a gradual increase – from 165% to -63%, and so on and so forth.
“The month of October was an interesting one as we saw the difference drop to -23%. This is primarily because it was the Chinese Golden Week within the month and when there are holidays on either side, people tend to go out more, and in December it was -8%.
“The taxation for us was welcome. It has helped us recuperate from what happened and from a consumer’s point of view, the prices have gone down, but I think this taxation would mostly spur only local consumption, but it’s certainly step in the right direction.
This year, more than ever, I can say that it has been encouraging and we seriously have to step up our game.”

“The new taxations have been a welcome assist, and it’s given the customers great incentive and made them much happier to come out and spend their money, which in turn has been great for us. We see a positive change in the nature of spending. In December we saw an almost unexpected spike which was fantastic, especially considering the troubles faced by every industry – not only the F&B and hospitality sectors. However, the F&B and hospitality sectors certainly saw a positive change in December and we are hopeful things will remain on the up and up.” 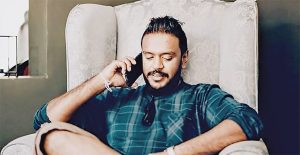 “We cannot really say if the big changes are attributed to the taxation reductions because it’s only really been active for a month, however since the attacks last year, things have been quite steady for us; a steady rise can be observed.
“We can say that December 2019 was better than December 2018. It is my understanding, from the inquiries we have been receiving as of late, that people are somewhat trying to avoid large chain, prominent hotels and would rather venture into more hideaway establishments like boutique hotels. I say this only because in our case, we are a restaurant that specialises in fine dining. What we offer is an al la carte menu and we do not provide in bulk and since the troubles from last year, we have been getting inquiries for larger orders – for functions and weddings for 250-500 persons – and we are not equipped to handle such numbers. However, since this new wave, we are looking into making some changes in order to accommodate the new shift in clientele as well.” 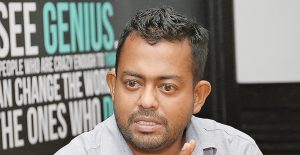 “Compared to last December, we cannot honestly say that the numbers have increased. However, looking at the last week or two, I can say that December surprisingly, performed well. However, the vibe is still not there; people are still not entirely there yet, and even the nightlife here has not fully recovered.
“The new taxations have been truly fantastic, especially for the small standalone businesses below that allowed threshold; for them, the revised tax has worked as somewhat of an energy booster! Even for customers, it has encouraged them to spend more and it would seem that these new changes will really change the tide in the food and beverage industry.
“I say the taxation has been particularly helpful because with that extra 15-18% of revenue, businesses will be able to reinvest in their brand, dedicate it to their advertising, or expand. An example I can give is when we are looking to open up a new outlet, most locations would sign up on a revenue-sharing basis, and if they request a 10% share, then we are reluctant. However, now with this relief, we can secure that property. It has allowed changing the structure so that we are okay to take a few risks. This is especially so in our case as we are a foreigner-focused business – when you are doing coffee, that is how it is. This new structure has allowed us not to be so vulnerable in the face of the system.
“I can actually say with certainty that this year would be the best year for restaurants and cafes in the island.”

“Things are looking up for the pub scene. In our personal experience, we can definitely say that our move to the new venue has created more accessibility and we’ve been able to drum up a good customer base and the transition has been pretty smooth. Despite being a sports pub, we also have various events catering to all sorts of crowds, including quiz nights and open mics which will attract a variety of customers.
“Although currently we are undergoing somewhat of a struggle with the Government in acquiring a liquor license and so are operating on a temporary one, we are hopeful that this will soon be sorted and we have a good sense about some fantastic projections for 2020.”

Working together to prevent suicide on World Suicide Prevention Day

September 4, 2020 byNaveed Rozais No Comments
On 10 September, join Sumithrayo and support the prevention of suicide. Light a candle near a window at 8 p.m. on WSPD as a symbol of support for suicide prevention.

September 13, 2018 byJennifer Anandanayagam No Comments
Over three million people in Sri Lanka use public transport every day, and it is no surprise that many women who use this mode of transport are subjected to sexual harassment. Due to lack of action ta