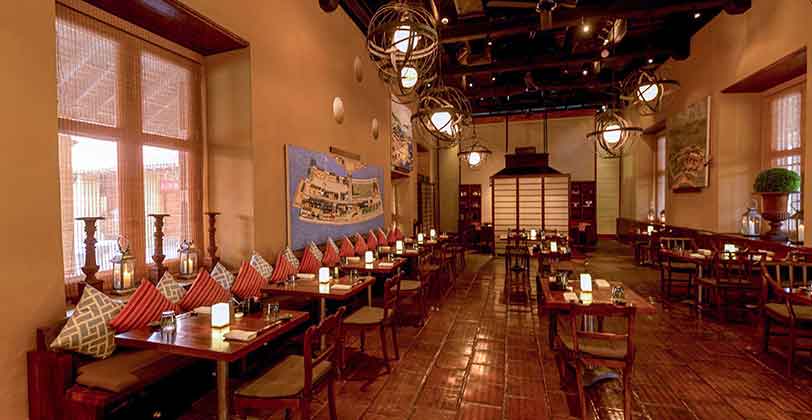 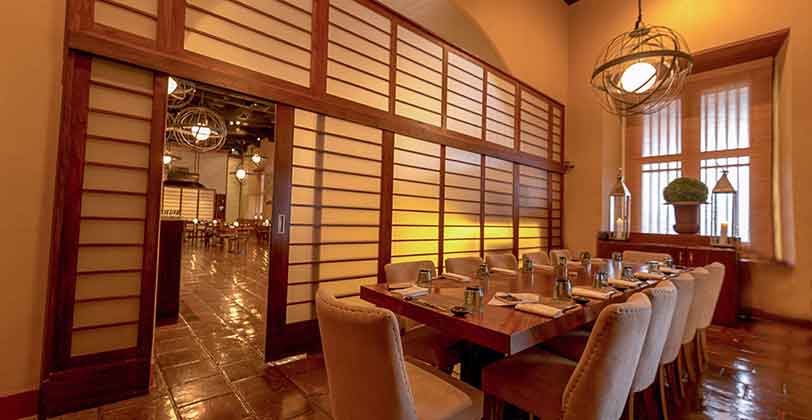 Situated at the Dutch Hospital Shopping Precinct, Colombo 1, Ikoi Tei by Hilton Colombo is making its much-awaited comeback since they closed in late April 2019, this Tuesday, 17 March onwards.

The restaurant will be closed on Mondays, however will be open the rest of the week from Tuesdays to Sundays for lunch and dinner. Their lunch menu is offered from 11 a.m.- 3 p.m. and dinner from 6 p.m.-11 p.m.

Head Chef Hikaru Takahashi’s baby, Ikoi Tei does not disappoint upon its return, bringing with it an assortment of new dishes to try out while keeping their old favourites.

It was shared that what Chef Takahashi has done this time around is curated a new menu, where Japanese food, while cooked in a traditional way retaining all its intended flavours, is served with a modern twist.

A highlight would be their signature soy sauce which, according to Chef Takahashi is much like fine wine, is best when it has been aged properly. In keeping with traditional flavours, Ikoi Tei is dishing out this signature soy sauce alongside their dishes.

From the new menu we had the opportunity to try some of the newly introduced dishes such as the Japanese fried silk tofu, which was truly a revelation in itself; we have never tried something so soft and that actually melted in your mouth while also being crunchy. We had an amazing seer fish teriyaki which was also absolutely delicious and an incorporated the “modern twist” Chef Takahashi was referring to while retaining the essence of Japanese cuisine and it traditional flavours. Additionally, we tried the nigiri platters which had undergone slight changes but largely remained the same. As we expected, the desserts were absolutely impressive; we tried the red bean, sesame, and macha mini daifuku and the ice cream tempura, which were heavenly.

Ikoi Tei, while returning from a hiatus, has remained it usual charming self – a great place to relax and have a comfortable meal, complete with atmospheric lighting. There’s just the one downside, which is also the plight of all restaurants at the Dutch Hospital Shopping Precint, that the washrooms are outside the restaurants, a bit of walk towards the public ones situated to the side of the courtyard.

Apart from that, Ikoi Tei serves up authentic Japanese cuisine in absolute style and Chef Takahashi’s passion and love for his food and desire to put his diners first shines through in every bite you take.

Life in high-rise buildings amidst isolation

December 6, 2020 byNethmi Liyanapathirana No Comments
“We have been stuck inside from 22 October till today (1 December). That is 40 days. Following the curfew, they imposed a lockdown on the 8th,” said Methsanda Sevana.

April 21, 2019 bythemorninglk No Comments
A dead zone, once spread, is said to kill all its living beings and hosts a very toxic environment.