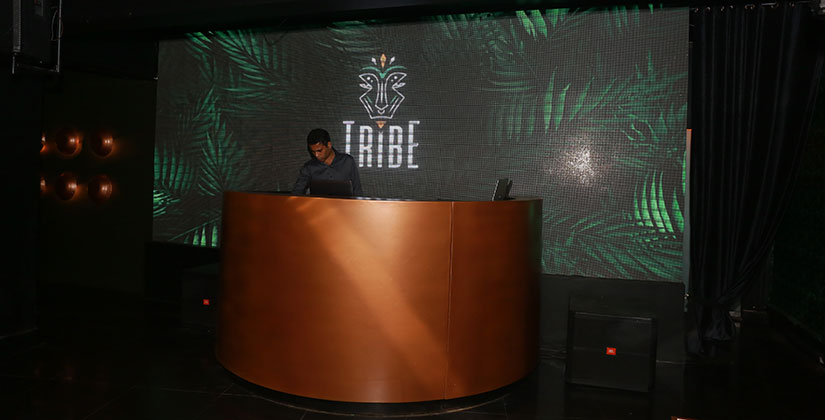 MSD Productions has done it again. Their brand new venture “TRIBE” – the rebranding of what used to be at 41, Maitland Crescent, Colombo 7 – appears to be an instant success.

With their newly opened rooftop bar KAVA, one would assume they would take a breather, but it seems like it is full steam ahead for the group.

TRIBE was launched on 1 August, and for a Thursday night, it brought in an impressive crowd – so impressive that they’ve planned for a second night, the very next day, to host a completely different crowd.

The club is perfectly situated that one could go for drinks at KAVA and get back to TRIBE as the night goes on.
The venue is deceptively big; there’s a considerably large smoking area and extremely comfortable seating lining the walls. The outside area is truly breathtaking, with lovely red lampshades set up on each rather spacious table and only a glass barrier separating you from the partying going on inside.

We also have to mention that the food at TRIBE was a definite winner, which we’ve somewhat come to expect from the MSD group. We had the most amazing sweet potato fries and some amazing vegetarian soft shell tacos that were absolutely delicious.

The cocktails were just as good – if not better. Guests were served a range of fantastic drinks to complement the food and the vibe. Although we did stick to the basics, we sipped the best screwdriver we’ve ever had, and we heard the singing of high praise for all the drinks served for the night.

Overall, we have no doubt that TRIBE is the hottest new spot in Colombo, and located on a building everybody already frequents, it’s going to make some serious waves.

A one-of-a-kind wedding for this couple!

May 27, 2020 byJennifer No Comments
Annalan Navaratnam, 30, and Jann Tipping, 34, who had to cancel their wedding due the Covid-19 pandemic, tied the knot in the Grade II-listed chapel at London's St Thomas' Hospital, where they both wo

Building a business around your passion

March 10, 2019 bythemorninglk No Comments
Kamaj Silva is a 35-year-old entrepreneur with a rather interesting and inspirational story.