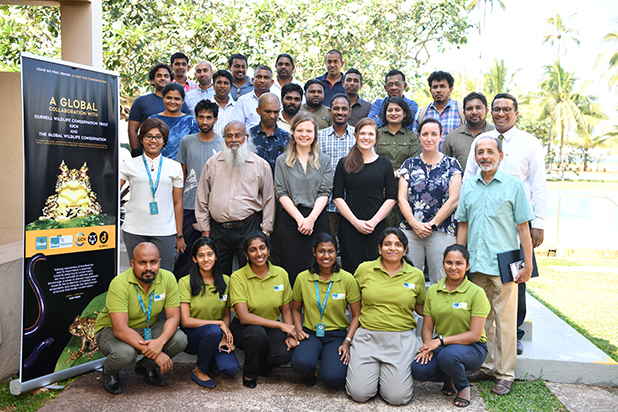 The fact that Sri Lanka is a biodiversity hotspot is not something about which we are unaware. We all know that our country is abundant with all kinds of various species raging from birds to mammals to insects to amphibians. We know that our country is home to much variety of endemic species which are especially accustomed to Sri Lankan habitats and also make our country extremely rich when it comes to population diversity. In a biologist’s eye, our country truly is a haven. In a in a regular individual’s eye, once again our country is a paradise filled with all these exotic animals. We, the common people, are well aware that our country is a special place, and yet, the sad truth is that we don’t bother to do anything about it. We still allow our forests to be cut down and watch idly by as the homes of these animals get destroyed, all because we simply want more empty lands to put up our massive buildings.

Hence we are faced with another issue, one which once again is all too familiar to us. It is of course, the extinction and threat faced by these special animals of our country. In attempts to put an end to this terrible situation of animals simply disappearing from the face of the earth, many organisations formed by people who truly care about the environment have come up.

One such organisation is Dilmah Conservation – a part of the famous company Dilmah, whose teas truly bind you to Sri Lanka, the land where the best tea comes from.

Amphibians are animals that are not often thought of even by people who are enthusiastic about animals. They might seem insignificant with their slimy skins, but as we may already be aware, they contribute largely to how the ecosystem works.

What Dilmah Conservation along with these two other organisations did was put into action an assessment analysing the real risk faced by not just all amphibians of Sri Lanka but especially the unique frog species of Sri Lanka.

What they were hoping to do was to identify the animals which are very close to extinction and give them a platform to be spoken about while including them in the IUCN (International Union for Conservation of Nature) Red List.

From 17-20 January, they conducted a workshop with over 30 herpetologists – those who study amphibians – and other interested individuals who intensely studied about the various frog species of Sri Lanka – some of which who shockingly haven’t even been properly classified – and studied their decrease in numbers.

While the workshop focused on getting the statistics right, so that the IUCN Red List would be able to accurately include these amphibians, Dilmah Conservation has been working on studying these frogs since 2012.

“Some 78 of Sri Lanka’s amphibian species are shrub frogs of the genus pseudophilautus, which occurs only in Sri Lanka and India’s Western Ghats. With the active involvement of herpetologist Mendis Wickramasinghe, Dilmah Conservation has, between 2012 and 2018, been engaged in assessing amphibian populations and species in the island. This work led to the discovery of a new species, pseudophilautus dilmah (Dilmah shrub frog), named aptly for Dilmah’s contribution in protecting these sensitive creatures, which are critical to the balance of our ecosystem, through scientific research and by creating awareness. Discovered at Sri Lanka’s first tea garden at Loolcondera, the Dilmah shrub frog stands to celebrate the enduring connection the tea company has shared with nature for the last three decades,” said those at Dilmah.

Conservation scientist Dr. Rohan Pethiyagoda who has been involved in the initiative since its early stages said: “The new assessment of Sri Lanka’s amphibian species will help flag those species in most urgent need of conservation action and help mobilise resources towards drafting and implementing recovery plans. This is an essential first step, and it is great to see Dilmah collaborating with the IUCN Species Survival Commission, the Durrell Wildlife Conservation Trust, and Global Wildlife Conservation, in getting this done. Of course, the biggest challenge comes after that, in working with the Department of Wildlife Conservation and Forest to actually take the necessary measures to save those species which are at greatest risk.”

The experts speaking on 20 February (Thursday) said that due to various changes which happen in the environment, some of which are natural and some of which occur as a result of meddling done by humans, these frog species are forced to undergo many challenges, especially the loss of their homes. This plight which they are forced to face can be seen when the decrease in the number of frogs is observed and also other amphibian species by about a dozen. There used to be about a 120 species, however, this has been slowly reducing. The habitats of these animals are very delicate. As the experts mentioned, there are even some frogs that lay eggs in between two decaying leaves. What happens when trees disappear or humans trod upon the paths where these leaves have fallen is that they have no place to lay their eggs. These frogs have very specific niches and live in very particular manners, which of course have impacts on how everything around them works.

While those who laboured at the workshop desperately want to get some rules in play which will ensure the protection of these animals, they understand that going through Parliament is not a simple process and say that until something can be done, each individual must take individual responsibility to protect these animals. Dilmah Conservation is in full support of this and Dilmah Founder Merrill J. Fernando claimed: “Raising awareness of biodiversity and its importance is essential towards ensuring its conservation. We must cultivate an interest and encourage a sense of shared responsibility towards the protection of habitats and ecosystems and mitigate the detrimental practices that hinder conservation.”

A foot stomping celebration of one of Britain’s brightest stars: Bohemian Rhapsody