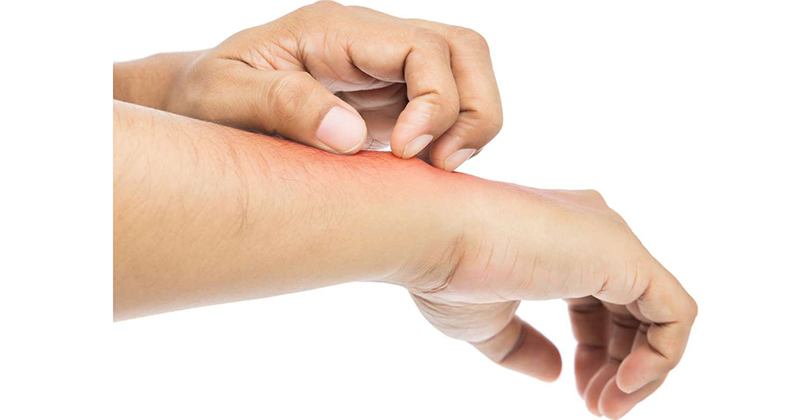 Hand, foot and mouth disease is making its rounds again 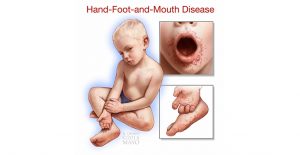 Hand, foot, and mouth disease primarily affects children younger than ten years, more often those under five years of age. Those in child care centres are especially susceptible to outbreaks because the infection spreads by person-to-person contact, and young children are the most vulnerable. It was first reported in 1956 in Australia. Thereafter, it was reported only occasionally, in pockets dotting the globe.

However, by 1963 it became a common childhood infection worldwide. For decades, hand, foot, and mouth disease (HFMD) was seen as a mild viral infection characterised by typical clinical manifestations that spontaneously resolved in a few days without complications. In the recent years, HFMD has received new attention because of evidence that this disease could have clinical, epidemiological, and aetiological characteristics quite different from those initially thought and could seldom lead to complications. We spoke to Consultant Paediatrician and University of Colombo Department of Paediatrics – Faculty of Medicine Senior Lecturer Dr. Ruwangi Dissanayake regarding the current disease trends of HFMD. 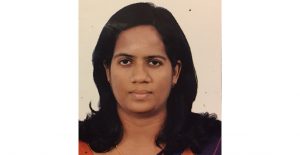 The vast majority of cases are caused by coxsackievirus A16. The coxsackievirus belongs to a group of viruses called nonpolio enteroviruses.
It’s usually a very mild yet very contagious disease. The most characteristic features are sores in the mouth and a rash on the hands and feet. Dr. Dissanayake mentioned that a fever is usually the first sign of the disease, following an incubation period (duration from initial infection to the onset of signs and symptoms) of three-six days, a sore throat, and sometimes a poor appetite and malaise.
HFMD may cause all of the following signs and symptoms or just some of them;
Fever
Sore throat
Feeling of being unwell (malaise)
Painful, red, blister-like lesions on the tongue, gums, and insides of cheeks
A red rash without itching but sometimes with blistering, on the palms, soles, and sometimes buttocks
Irritability in infants and toddlers

The sores usually appear one or two days after the onset of fever and can be quite painful. They develop in the front of the mouth or throat. A rash on the hands and feet and possibly on the buttocks can follow within one or two days.
During this time, it’s important to avoid spicy or citrus food that could irritate these blisters which could worsen reduced appetite. However, if your child is eating normally, there is no need to restrict any food items and they can be given anything they fancy to eat. Dr. Dissanayake emphasised that during the initial period when a child shows mild symptoms of the disease (prodromal stage), it’s best if they are kept at home without sending to school/nursery. Although they’re most contagious during the first week of the illness, the virus can remain in his or her body for weeks after the signs and symptoms are gone. That means, your child still can infect others. Sometimes, adults particularly can pass the virus without showing any signs or symptoms of the disease.

Herpangina is a similar condition caused by caused by the coxsackievirus. In herpangina, small red ulcers appear at the back of the mouth and throat. The child can also have sudden high fever and rarely, even seizures. However, the ulcers and spots in both the illnesses will go away on their own within 10 days. Both these conditions are quite similar, and your child may refuse food and later even liquids due to painful mouth ulcers.

HFMD is usually a minor illness causing a few days of fever and relatively mild symptoms. Hence, it can be treated with symptomatic care like paracetamol for fever, and an antihistamine for itching with some soothing lotion.
See a doctor if;

Mouth sores or a sore throat keep your child from drinking fluids
If after a few days, your child’s signs and symptoms worsen
If there are unusual features like seizures

How does it spread?

Oral ingestion is the main source of coxsackievirus infections and HFMD. The illness spreads by person-to-person contact with an infected person’s;
Nasal secretions or throat discharge
Saliva
Fluid from blisters
Stool
Respiratory droplets sprayed into the air after a cough or sneeze
The spread of the infection is most common in children in childcare settings because of frequent diaper changes and potty training, and also because little children often put their hands in their mouths.
(Source – www.myoclinic.org)

What is foot and mouth disease? Is it similar to HFMD?

No, they are two entirely different entities. Foot and mouth disease (sometimes called hoof and mouth disease) is a viral disease found in farm animals. One can’t contract HFMD from pets or other animals, and you can’t transmit it to them.

Can you get HFMD twice?

It’s unusual to get it twice, but if they do, it’s probably not from the same strain. A child with a healthy immune system will form antibodies to whichever virus caused the infection. If your child is re-exposed to the same virus, they will be immune.
While most children clear their bodies of the virus within one week, coxsackievirus A16 occasionally succeeds in hiding inside children’s own cells by eluding the cellular immune system, much like herpes. However, healthy humoural immunity is able to keep a recurrence from becoming as severe as the initial episode.

Watch out for complications

Make sure your child is well hydrated. Dehydration could be dangerous, especially in small children. Make sure your child frequently sips fluid during the course of the illness. If dehydration is severe, intravenous (IV) fluids may be necessary.
Make sure the blisters don’t get infected; if they do, your child will need either oral or topical antibiotics.

A rare and sometimes serious form of the coxsackievirus can involve the brain and cause other complications such as meningitis or encephalitis. Hence, always seek expert advice if symptoms are unusual or prolonged.

Dr. Dissanayake emphasised on adhering to preventative measures during an outbreak, such as promoting hand washing, especially after using the toilet or changing a diaper and before preparing food and eating. Disinfect common areas first with soap and water, then with a diluted solution of chlorine/bleach and water. If toys are being shared, they should be specially disinfected. If the child is using a pacifier, special care should be taken to sterilise them frequently.

Finally, use this as an opportunity to teach your children good hygienic practices and if they contract the diseases, keep them at home to limit their exposure until their fever is gone and their mouth sores have healed. If you have the illness, stay home from work.

December 29, 2019 bythemorninglk No Comments
Yaoi takes to the mainstream