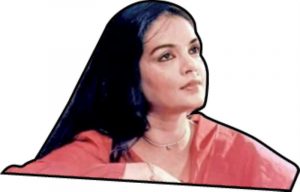 Greetings my Country Canter folks! I hope your week gone by was good, and sans the hiccups I had.
You see, the little contraption that buzzes in my bag is actually a ticking bomb. I have come to the point when I dread to hear it ring.

Sigh, what a long way it has been from the days of booking a call, waiting for hours, and also having a prying telephone exchange operator with an annoying squawk either interrupting a call with persistent “Hello, hello”, or a whoosh of heavy breathing, to breaking one’s finger nails in dialling a number, and hearing either the person you called, or a dull beep when the number was engaged.

Now we do not even remember numbers as they are all stored in a little handy fist-size gadget that also does a lot of other marvellous things like taking pictures, videos, and recording conversations.
Thus our brains have little or no work to do, thank goodness for that.

The only problem I have is to figure out which colourful app on my gadget is for what purpose. I swear I will master it some sunny day. That is, if the intimidating caller of the past week does not strike home with his threats of bludgeoning my life out of my ageing body.

Yes, that’s what I was listening to. This caller found my existence such a nuisance that he transformed himself into the Messenger of Death.

I played tic-tac-toe with my thoughts on if I was to lodge an entry in the local police or the Crimes Division. Phoning the Head of the Department, I was directed to see the local top cop in town. When I called him, he mumbled that it would be best if I made an entry with headquarters.

In the end, it was the caller who had the solution. Go to the Women and Children’s Bureau, he hissed.
So I began my round of telephone calls again. The local police station said the Officer in Charge had gone on leave and to call back next week. I called headquarters to ask where I could make an entry, and was given a vague location in Pagoda Road, Nugegoda. Off I went, chugging along in a bright lime green taxi for want of not drawing any attention, up and then down the road – there was no such bureau, said a tuk tuk driver. It had been moved a long time ago. “Why don’t you check with the Mirihana Police missy?”

As you may know, the Mirihana Police is a fairly large station, and all the desks face the road. I felt inquisitive and curious pairs of eyes following me as I walked up to an officer and asked about the branch. He said there was someone at the back of the office if I want and to follow him. The cop in that little room had just had his lunch and had slid on to his coccyx to have some shut eye when we walked in.

Springing to his feet and saluting the “Sir”, he eyed me with mixed feelings for barging in on his afternoon desk nap. “No,” he said. He does not know of any bureau in Pagoda Road.

Dear readers, don’t forget that it was the Police headquarters that directed me to the Pagoda Road office, which had long moved!

This “Sir” then made a call to someone he knew and was informed that the bureau was in Grandpass.
That’s where yours truly headed to be received by a very smart lady Superintendent Director.

Now for the gadget, it took me four hours and a few minutes to locate the various recordings and messages, all of which I let the dear lady listen to and read.

At the end of those four hours, she had flinched multiple times, hissed through her teeth, rubbed her brow where the furrows dug into her forehead, and said to me that there was enough evidence to take the caller to court. Would I want to?

My whole life flashed in front of me…Oh dear me…I cannot spend another 10 years popping in and out of the slow courts of Sri Lanka. So I said that a stern warning to the person would suffice for now, but that the record should be intact for future reference.

How in the world would an inquiry be done with the complainant alone??

I then get a call from my intimidator. “You went to the Police? You lodged a complaint? What did you say? What did they say? Are they putting me behind bars? Are you taking me to courts? Can you withdraw that?”

He said he will not turn up. I said to tell them that and to be prepared for the cops to have a warrant out.
The day for the inquiry is yet to dawn, and I hope the Department would be tough enough to instil the law into someone who does not know it.

Phew. I am looking forward to the end of this escapade. Wish me luck!

In the meantime, as I said earlier, please don’t give me the jeepers by calling me on my gadget.

Till next Sunday then!

June 6, 2019 bythemorninglk No Comments
In the history of fashion, there have been many cultural movements that have shaped sartorial aspirations and fantasies. Among some of the most profound, the Japanese influence and aesthetic is one th