As the town develops, so should its people

The Emerging Leaders Academy completes their work in Slave Island

Slave Island is a unique suburb in Colombo which contains all aspects of society and economy of today’s world. It is a town with locations that are old and falling apart, old and preserved, brand new and modern, developing, and already developed. Although it may not be up to the ideal sanitary standards, a rather charming railway station can also be spotted, along with an extremely busy road filled with people from all walks of life trying to get on with their day.

One thing is certain when looking at Slave Island – the place is constantly subjected to change, usually in a way that most would perceive as “good”. However, one of the major social concerns is that when new development projects come up, the people who reside in these development areas are usually forced against their will to change their lifestyles.

The people in Slave Island do not enjoy the same quality of life as the people who come to visit the developed areas; most of them are from low-income earning families and have to survive with their little earnings. In situations such as this, it is often difficult for the children to think about engaging in extra activities even if it may be beneficial for their futures. And as such, they are always forced to think about the unfortunate present condition they are in and how they are going to get through their lives.

This was the main reason why the Emerging Leaders Academy (ELA) chose Slave Island to conduct their project in helping the youths become more influential in society through the use of digital media.

The ELA is an initiative of the International Republican Institute of Sri Lanka (IRI) which aims to raise and spread awareness of true democracy in the country. The ELA is part of IRI’s programme for the youths, which encourages them to involve themselves more in politics and learn more about how they could pursue it. 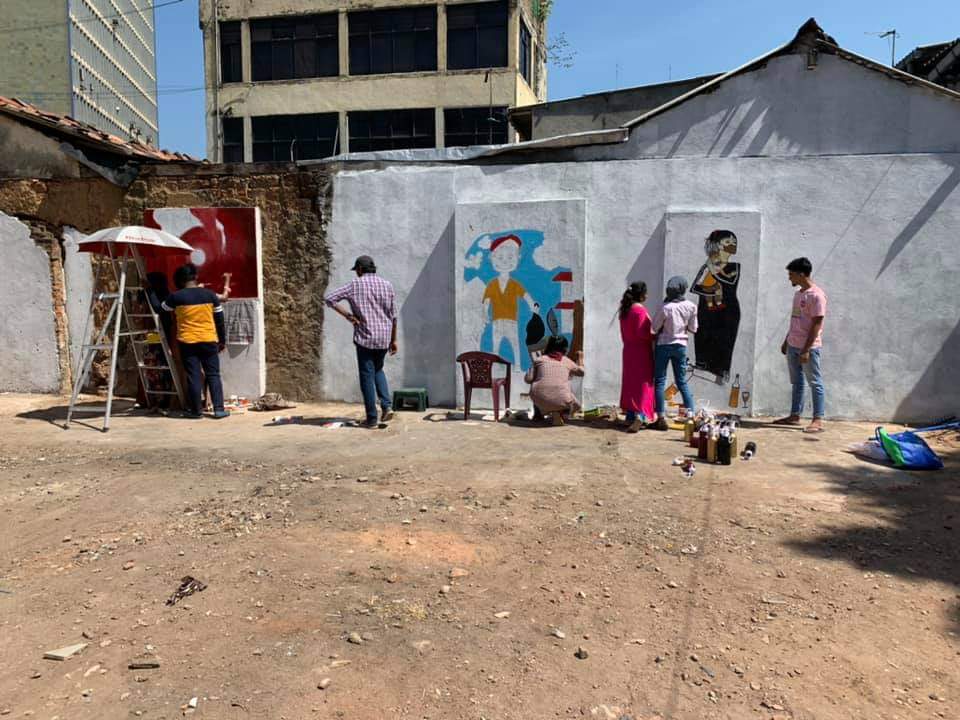 The ELA members were put into groups and asked to conduct projects that would provide knowledge and raise awareness among the youth of Sri Lanka in a political context, and one group opted to spread awareness based on political literacy through the use of digital platforms. On 1 March, they came to the end of their six-month-long project.

After having spent every Sunday of the past six months with these youths in Slave Island, emotions were high when their sessions finally came to a close. And on that final day, the group had distributed awards to all participants for their participation and completion of the course. Special awards were also given to the exceptional performers such as Tharindu Madushanka who was fully invested in all their activities.

The course had consisted of lectures and activities specifically directed at the youths from Slave Island, through which the ELA had taught them leadership, critical thinking, storytelling, and especially digital media skills so that they would be capable of putting their thoughts and ideas across to the world virtually. The youths were between the ages of 16 and 30 – the majority of which had been in the Ordinary Level (O/L) and Advanced Level (A/L).

Although the project had started off with lectures where an expert would explain relevant topics to the participants, after noticing that the attendance rate was much higher in activity-based sessions, the ELA had primarily focused on activities. They had asked the youths to come up with a community service project idea and make videos about it.

An important communal activity they performed was the clean-up project conducted at a location near their houses, which had been extremely successfully. Another and more continuous project they put into action was setting up an organic garden. This they did at Holy Rosary Sinhala Vidyalaya in Slave Island with full permission from the school authorities, and will continue to tend to it throughout their academic years.

The ELA believes that being given the opportunity to work with this school on this project, as well as with other various organisations such as the Search for Common Ground Organisation (SFCG), the Department of Health Services, and the Divisional Secretariat, gave an important opportunity for these youths to gain experience with regard to many new aspects and how the world functions.

They are certain that this would not be the end as they became extremely close to each other. The ELA is hoping to conduct more such workshops and training programmes on the same theme with these participants as well as new groups in the future.

‘Our industry has ground to a near standstill’ – Harpo Gooneratne

April 16, 2020 byJennifer Anandanayagam No Comments
The world is currently undergoing a transitional period of adjusting to the new order where many businesses are facing unbearable financial detriments and millions are facing potential unemployment.