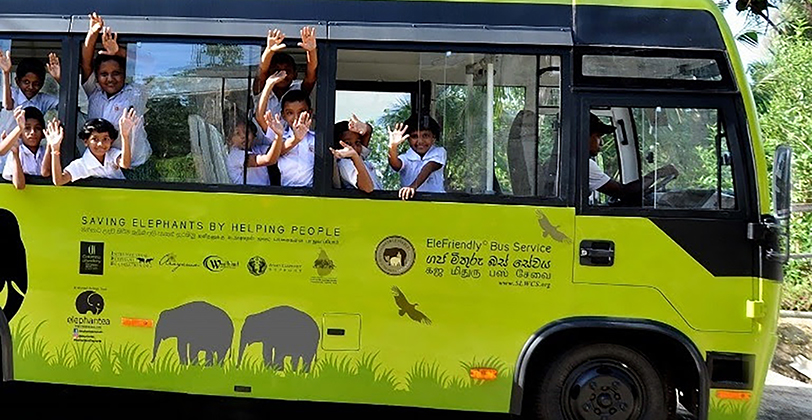 The EleFriendly way of life in trouble? 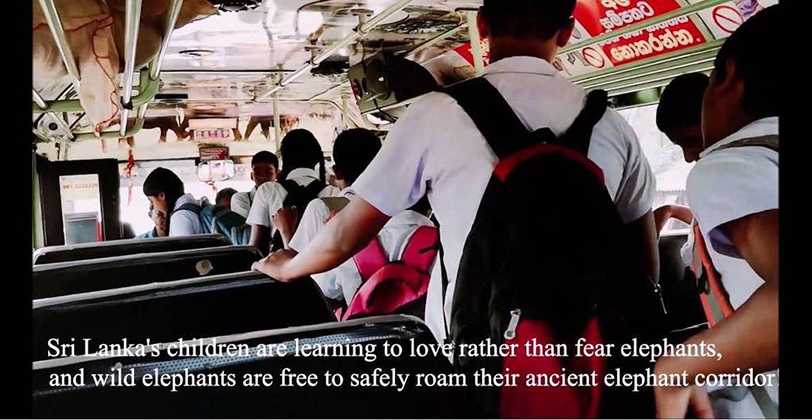 Why EleFriendly?
Prior to popularisation, most rural villages stayed true the word in its purest form. Wasgamuwa was one such location, with the elephant corridor connecting ancient villages that have been in existence for nearly 300 years. “Over time, these people have learnt how to live with elephants and they have had no problems with elephants,” indicated Corea.

Corea and his team who have been monitoring the corridor since 2002 were able to identify in 2013 that the arrival of more and more people to the village caused an increase in conflicts with elephants. The corridor is used by many living in the vicinity to get on with their everyday life, be it a villager or a child going to school. Parents of children induced with fear of elephant attacks would, according Corea, carry guns or crackers to safely escort their children through the corridor. “People including schoolchildren walking across the corridor get terrified when they see elephants on either side. Many times, we have used our own vehicles to transport them whenever we were there,” said Ravi. 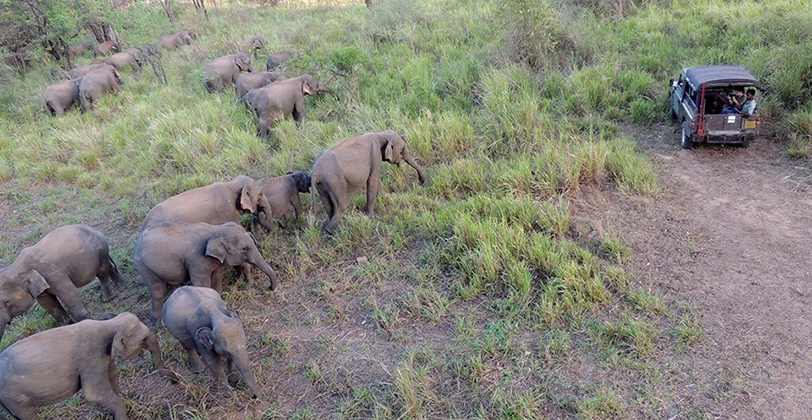 As Corea incited, Colombo is always quick to judge villagers following human-elephant conflicts which leave the animals harmed or dead. “People don’t realise how dangerous elephants are to the rural people.” While it’s accepted that villagers inhibited elephant territory, blame must not be attributed to them. “The government created these settlements…”

Engagement of villagers in subsistence agriculture and the Government’s thorough encouragement, according to Corea, is yet another contributing factor. Emphasising on this, he said: “They keep this part of the population happy by giving them maybe one acre or two in areas that are completely unsuitable for agriculture. People are happy because they got a plot of land, but they don’t realise that it is to make a living from subsistence agriculture.” 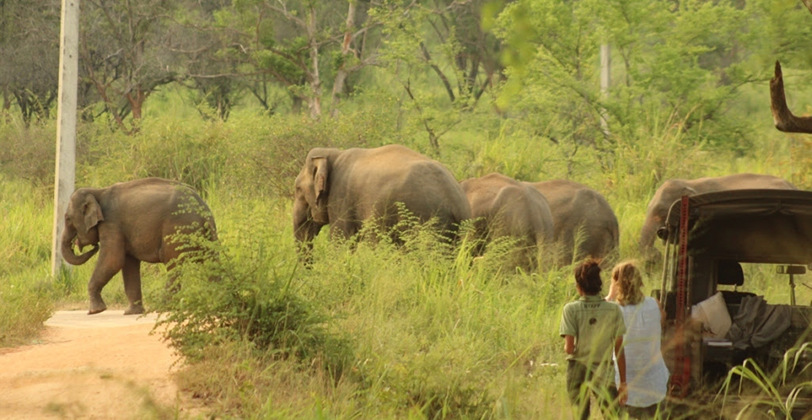 Into this setting came the EleFriendly Bus, a commendable initiative for the prevention of the increasing conflict occasioned by pedestrian traffic through the provision of safe conveyance. The bus provides a safe mode of getting to school and back to a total of around 120 schoolchildren. It left immediate impact on the elimination of elephant-related risk.

Impact of the attacks

The harrowing ordeal of the Easter Sunday attacks left its mark on all things important, this very initiative being one of them. The attacks have negatively impacted, according to Corea, the bus, which might even extend to the operation of the service as a whole. 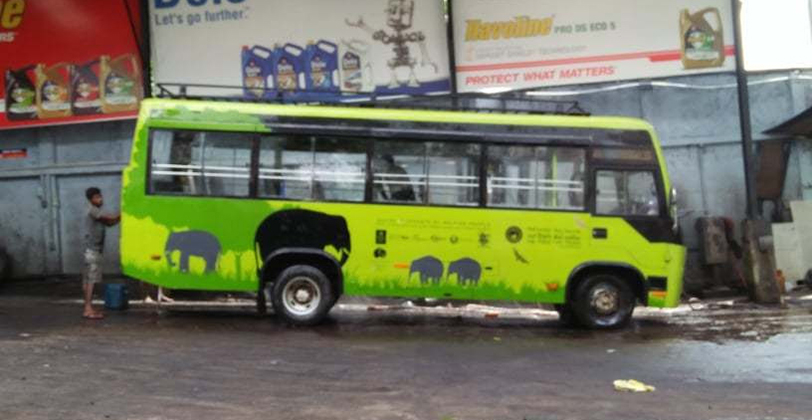 The bus is a service which is provided free of charge by the SLWCS. Pumping of diesel, maintenance of a driver and conductor, service and repairing of the bus, replacement of tires, licensing and renewal of permits, payment of taxes, and carbon emission taxes are the expenses borne by the organisation.

Revenue for these expenses was received by the volunteer programme. Volunteers from all over the world have taken part in this programme. “This was very critical for us to provide the service. The moment the Easter Sunday attacks happened, the volunteers stopped coming,” indicated Ravi. We were quick to understand that most volunteers who took part in the programme were tourists, and following the Easter attacks, they refrained from returning to the island. “The entire tourism industry is in shambles after the attack.”

Ravi furthered that other conservation work and projects carried out by the organisation have also fallen victim to the aftereffects of disruptive forces. Project Orange Elephant is one such project which encourages farmers to cultivate oranges. “Elephants don’t eat oranges. This provides them with an alternative income which is sustainable and which has no cost involved.” The society provides everything to the farmers from the provision of the plants to training and supervision.

Apart from this, like any other organisation, this too undergoes administrative expenses inclusive of the payment of salaries and travel expenses; travelling becomes part and parcel of any conservation-related organisation.

Needless to say, the bus ceasing to exist would mean the children would have to resort to the alternative methods such as foot bicycles, land master tractors, and tuk tuks.

From a conservation point of view, the bus, it seems, is vital as one could witness the abundance of elephants leaving through the corridor. The hundreds of gentle giants strolling through the corridor on one hand with people moving through on the other is truly a great spectacle. “The EleFriendly Bus has been a very successful and innovative concept; it is evident through the tremendous impact it had on the people and the elephants,” shared Corea.

Commenting on the current stance of the bus, Ravi concluded: “We have got to keep the bus running. We have reached out to some of our corporate sponsors and they have been very helpful this time to keep the bus operating; we remain hopeful.’

‘I love Sri Lanka, I love the food and the people!’ – Big Mountain

August 14, 2018 byJennifer No Comments
Richard ‘Goofy’ Campbell and some of the other members of Big Mountain arrived in Sri Lanka today (14 August), well in advance of the Colombo Music Festival presented by Cinnamon Life.

September 12, 2019 byPubudu Chinthaka No Comments
Suicide rates in Sri Lanka increased in the 1980s and 1990s, reaching a high of 48 per 100,000 in 1995. Although rates have declined now, the incidence of suicide and deliberate self-harm remains high