February 24, 2020 by themorninglk No Comments

The Indian pangolin is the only pangolin species present in Sri Lanka. There are growing concerns over international trading and trafficking and habitats lost by the pangolins in Sri Lanka.

However, only limited research has investigated the distribution and abundance of, and threats to Indian pangolins. The lack of research on the species can also be identified as a threat faced by the pangolins.

We spoke to Dr. Priyan Perera who holds a PhD in Forestry and currently serves as the Director – University Business Linkage Cell and the Director for the Centre for Sustainability at the Department of Forestry and Environmental Science at the University of Sri Jayewardenepura. He is also part of the International Union for Conservation of Nature (IUCN) Species Survival Commission (SSC) Pangolin Specialist Group and the Zoological Society of London.

Can the pangolins actually survive away from forests?

Dr. Perera shared that apart from forests, pangolins are the kind of species that can live in human-modified land as well. They use adjacent crop lands such as cinnamon cultivations, rubber cultivations, and even some rural home gardens. They use these areas to find food. These lands play an important role in their feeding and foraging habitats.

They cannot survive off any kind of crop however, explained Perera. “In studies, we have found that they can use rubber plantations as their habitats because it has a certain level of canopy cover. They do not have the diversity you would find in a natural forest, but in terms of cover and the way in which these rubber lands are managed, it can be useful to the pangolins of Sri Lanka.”

Furthermore, Dr. Perera said: “Normally when rubber trees are grown and performing well, we don’t really worry about managing the undergrowth. And on the area in which we did our study, there was good undergrowth, so we found some favourable habitat features for pangolins.”

With natural forests increasingly declining to cater to human needs, Dr. Perera proposed that the rubber cultivations were ideal for the species. In the future, this may create a need for crop lands to be managed in a more environmentally friendly manner and to be based on existing ecosystems using novel techniques to safeguard these cultivations. “And these practices can also support other species apart from just pangolins.” 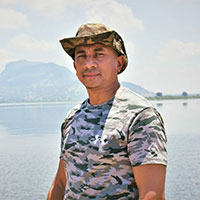 Co-existing with wildlife is the way forward

With very limited land it is bound to be an issue in the future, shared Dr. Perera, stating: “In such a situation, how do we strike a balance between conservation and human needs in the way forward?” Currently, almost 29% of the country’s area is supposed to have forest cover and be protected as forest reserves or under the Wildlife Department as national parks.

“With the human population increasing, what we are anticipating is that the forest cover will not increase. Rather, the opposite might happen. So we must look at models where we can co-exist with wildlife,” he said.

In which areas are pangolins found?

Dr. Perera shared that pangolins are found throughout the land. “We are working on a redistribution update, but we were unable to accumulate many records from the Jaffna Peninsula. So it is not an islandwide survey.”

Apart from that, pangolins can be found in Sri Lanka from the sea level up to 1,800 m above sea level, according to Dr. Perera. “As you go to higher elevations, the abundance of the species declines.”

Their distribution mainly depends on the availability of their prey, which consists of ants and termites. So pangolins can be found wherever there is a good population of these insects and in a conducive environment for them too. 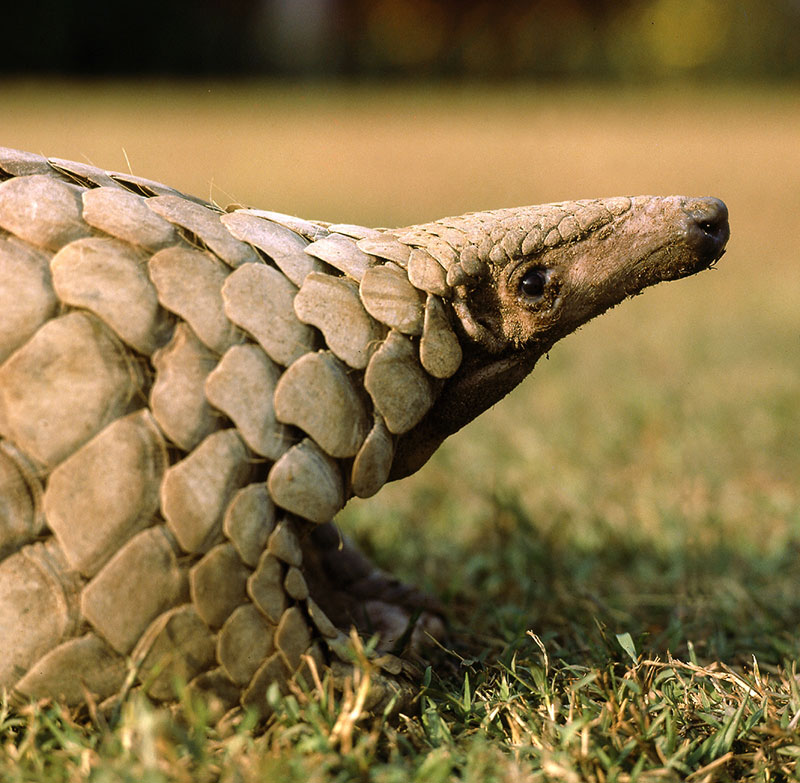 Do pangolins face the threat of extinction?

But they are victims of animal trafficking…

Dr. Perera and his team recently conducted a study on the distribution of pangolins and the level of threat for these species. This records the crime rate as well. Their studies revealed that there are instances recorded of pangolins being illegally exported, although not on a large scale. “But some level of international trafficking is certainly going on. The pangolin’s scales are taken into custody by the customs at the end. These are believed to be very valuable in Chinese medicinal practices.”

However, in Sri Lanka, the biggest threat to these animals is neither habitat loss nor animal trafficking.

Dr. Perera shared that although it is not very widely known, our people consume this animal as bush meat. They kill the animal for local consumption. “But in the last four to five years, there has been an increase in demand for pangolin’s scales as well. When you visit certain areas of the country, you will see how popular pangolin meat is along with porcupine meat. The market for it is also very opportunistic. If the local hunter comes across this animal, they will hunt it. They are difficult to hunt as they are rare and nocturnal, and so encountering the species is a challenge.

“However, the animal itself does not move fast and is quite easy to catch, so if the local hunters see one, they are killed as bush meat.”

In which parts of the country will such incidents be recorded mostly?

According to Dr. Perera, such incidents are reported quite regularly, mainly in south west lowlands like Kalutara, Ratnapura, and Galle, and also in north central areas like Kurunegala, the Mannar region, and around Wilpattu National Park. “It is distributed everywhere unfortunately.”

The lack of research continues to be a battle for pangolins as well, he shared.

“A challenge we face is that these incidents most often do not get recorded officially,” said Dr. Perera. “Even for a scientific study, we have to go by the available evidence, because the animal itself is rare and tough to spot in the wild. We need studies that specifically target these animals.”

There is a lack of interest in these species, according to Dr. Perera. However, he shared that after they were listed under the Convention on International Trade in Endangered Species of Wild Fauna and Flora (CITES) (a multilateral treaty to protect endangered plants and animals) Annexure One, it has been receiving some interest.

Even the Sri Lankan Wildlife Department has recognised pangolins as one of the five concerned species. “Even if the attention is there, not many studies have been done with regard to this species and it is definitely a challenge. We lack data even on the population size found in Sri Lanka, and it is a critical aspect for any study conducted on pangolins.”

Dr. Perera concluded that currently they are conducting research on selected areas and parts of the country and hopefully by the end of this year, they can present statistics on their study locations at the very least.

October 6, 2019 byThe Sunday Morning No Comments
On 27 September 2019, a group of ordinary individuals took to the streets in protest against climate change. Of course, they weren’t protesting asking the weather to change back to the ideal