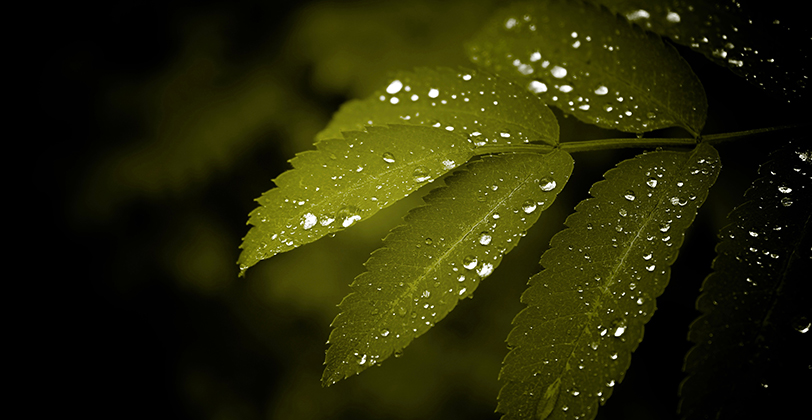 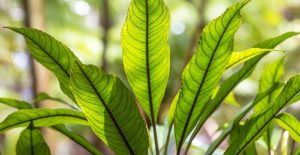 Almost 600 plants have gone extinct in the wild over the last 250 years, according to a new comprehensive study published in Nature Ecology and Evolution, a peer-reviewed journal. The number is based on actual extinctions rather than estimates, and is twice that of all bird, mammal, and amphibian extinctions combined. However, I’m sure most of us will be unable to name a plant that has gone into extinction but would definitely have no trouble naming an animal.
Scientists say plants go extinct at a rate up to 500 times faster than what would be expected naturally. In May, a United Nations (UN) report estimated that one million animal and plant species were threatened with extinction. It’s certainly deemed the more pressing issue at hand, but very rarely does it get brought into the limelight. 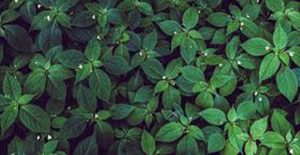 We spoke to Dr. Siril Wijesundara about this topic of plant extinction, how serious it is in Sri Lanka, and what our future will be. Dr. Wijesundara is currently the Research Professor attached to the National Institute of Fundamental Studies. He has served at the Royal Botanic Gardens, Peradeniya, since 1980 and was a Director General of the Department of National Botanic Gardens, and has now retired. He was also elected as a fellow of the National Academy of Sciences in 2006.

“No animal has ever gone extinct in this country. Plants, on the other hand, have suffered immensely, yet no one talks about it or even knows of it. This is something that has to change in order for us to work towards protecting our existing species.” 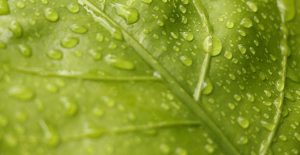 Plants go extinct in several ways. Throughout history, sometimes dating back a million years, we have seen multiple mass extinctions where species have died. A mass extinction is when a lot of the same species die at the same time or within a short period of time, and therefore become extinct. There is also another type of extinction known as background extinction, where plants and animals die over a period of time.

“We conduct a survey every five years. This survey analyses the distribution of plants and animals and is known as the Red Listing Process. We compare the new findings with the current, existing ones. The Peradeniya Botanical Gardens has a biorepository. It is also the National Herbarium of Sri Lanka. All recorded plants native and found in Sri Lanka are dried, preserved, deposited, and conserved here accordingly.”

During the surveys if a species that is not found in this herbarium is found, it means that a new plant species has been discovered, and this then goes into the records. Information on every plant stored in the herbarium is recorded, including the details of where they found it, who found it, the habitat and environmental conditions, etc.

“This process was established in 1821 and now, we are closing on 200 years. Every five years, all botanists in the field, young and old, or experts come together to share their findings and knowledge. It is this comparison of findings that completes the survey and we then publish the findings,” he said. 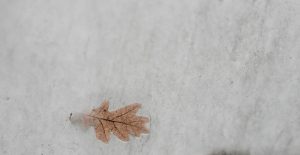 The International Union for Conservation of Nature (IUCN) Red List Categories and Criteria are intended to be an easily and widely understood system for classifying species at high risk of global extinction. It divides species into nine categories: Not Evaluated, Data Deficient, Least Concern, Near Threatened, Vulnerable, Endangered, Critically Endangered, Extinct in the Wild, and Extinct.

Established in 1964, the IUCN Red List of Threatened Species has evolved to become the world’s most comprehensive information source on the global conservation status of animal, fungi, and plant species.
The IUCN Red List is a critical indicator of the health of the world’s biodiversity. Far more than a list of species and their statuses, it is a powerful tool to inform and catalyse action for biodiversity conservation and policy change, critical to protecting the natural resources we need to survive.

It provides information about range, population size, habitat and ecology, use and/or trade, threats, and conservation actions that will help in making informed and necessary conservation decisions.

As well as assessing newly recognised species, the IUCN Red List also re-assesses the status of some existing species, sometimes with positive stories to tell. For example, recording good news such as the down-listing (i.e. improvement) of a number of species on the IUCN Red List categories scale due to conservation efforts. The bad news, however, is that biodiversity is declining. Currently, there are more than 98,500 species on The IUCN Red List, and more than 27,000 are threatened with extinction, including 40% of amphibians, 34% of conifers, 33% of reef-building corals, 25% of mammals, and 14% of birds. The ICUN is for both fauna and flora.

Findings from the 2012 survey

“The last survey was done in 2012. We were unable to complete the survey in time in 2017 due to various reasons. We hope to publish the new survey findings by October 2019,” said Dr. Wijesundara. He also shared some of the findings that will be published, listed below:

· Out of the five plants that were listed as extinct in 2012, two were found in the Knuckles and Kiriella areas. The other three species have not been seen or recorded after 2012
· Two new species were listed as extinct in the wild. These two species can now only be found at the Peradeniya Botanical Gardens. The primary role of a botanical garden is to conserve and reverse this situation. They are to find ways and means to multiply this species and distribute it in their suitable habitats. This has been done before in Sri Lanka in 1981 with the “kaluvera” plant
· 117 species have now been listed as probably extinct in 2012, but some of the plants have been found in surveys done after 2012, which will be published this year

Why do plants go into extinction in Sri Lanka?

We also asked Dr. Wijesundara why these plants go into extinction, to which he very rightly responded by listing the reasons to be the following:

· Destruction of habitat – destroying forests, vegetation, grasslands, and jungles. Deforestation due to increase of population, development projects, etc.
· Invasive plants – various other plants introduced among our native plants may be a big reason they go in to extinction. These new species may be brought in from different areas or countries
· Climate change and pollution – our actions can have various dangerous unforeseen reactions
· Natural disasters
· Younger plants not growing – sometimes, only the mature plants survive and when they die, there aren’t any younger plants to continue their species. This happens mainly due to the lack of pollinators. Some important pollinators like bees are chased away or killed by people
· Plant being in isolation – when people move the plant out from their natural habitat, they sometimes have to grow in isolation. And like any animal, they too are unable to survive in isolation. They are left with no community with which to interact. Sometimes, these plants can also have an opposite reaction and become more dominant and aggressive in the new environments, killing and taking over existing species.

We need to do our part

Finally, we asked Dr. Wijesundara to give us some advice on how best we can contribute to stop this phenomenon. He responded:
· Stop all illegal destructions – if you witness any illegal destruction in your community or surroundings, do your best to inform law enforcement bodies and put an end to it. Get together and make a collective appeal and try your best to resist the destruction
· Appreciate nature as it is – there are many nature lovers who engage in very bad habits. They bring various species from the wild to their home gardens as collectors and appreciators of nature, but this can be a very bad thing. For example, a very rare species of orchids brought to your garden may result in it dying in the wild. And propagating the species again is very difficult. Leave it as it is and appreciate it in the wild
· Don’t destroy or kill the pollinators
· Don’t introduce new invasive species to your surroundings – you may not be aware of an effect a new plant will have until it’s too late. They may destroy the existing habitat and green areas by occupying the space at a rapid rate
· Don’t move plants from their habitats – they exist best in their habitats. Don’t try to move them as they may go out of control. We find many people bringing in new plant species from their travels abroad. Please don’t engage in such habits. Controlling these practices will be less problematic in comparison to dealing with it after being introduced to your environment
We need to be mindful of our actions. We are knowingly or unknowingly part of the problem and may be engaging in activities that aggravate the situation. So we must think twice before giving into our preferences. If we don’t soon, we will lose valuable species of plants that are essential for the biodiversity of Sri Lanka and the world.

September 1, 2019 byThe Sunday Morning No Comments
Theta healing is the practice of quantum mechanics and a meditation training technique utilising a spiritual philosophy for improvement and evolvement of mind, body, and spirit.

September 15, 2019 byThe Sunday Morning No Comments
Social media platforms can become a toxic place for creative people, especially if they decide to style themselves in a manner where people cannot assume the gender they belong to.