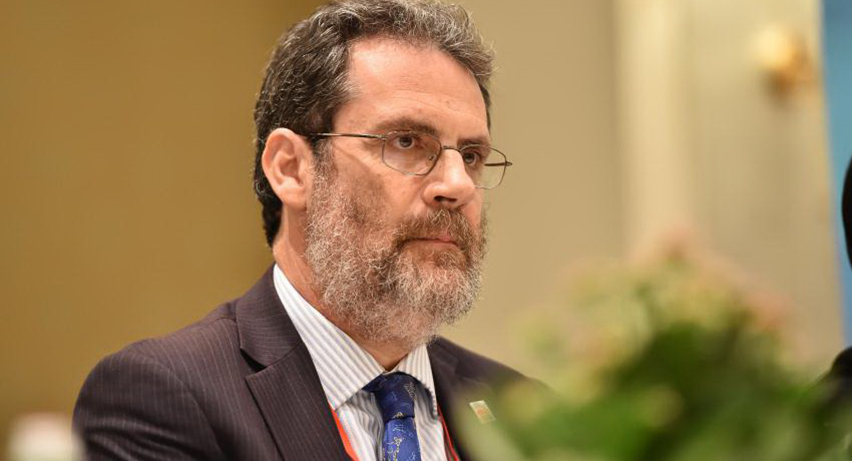 April 5, 2019 by themorninglk No Comments

Dilmah Conservation in a collaboration with IUCN Species Survival Commission emeritus Chair Dr. Simon Stuart will be delivering a lecture titled “The IUCN Red List: A Road to Conservation” on Tuesday 9 April at 5 p.m. at the Dr. Saman Kelegama Auditorium at the Institute of Policy Studies of Sri Lanka (IPS).

Having pioneered the African Bird Red Data Book in the early 1980s, Dr. Stuart joined the International Union for Conservation of Nature in 1986, beginning a three-decade-long career with the organisation, which is headquartered in Geneva, Switzerland. Having served as IUCN Acting Director General, Dr. Stuart went on to chair the Species Survival Commission for two terms, from 2008-2016. His is presently the Director of Strategic Conservation of the UK-based conservation NGO Synchronicity Earth, heading an initiative which seeks to reduce extinction rates and help promote the recovery of threatened species as he continues his lifelong commitment to nature conservation.

As Head of the Species Survival Commission, a network of some 7,500 scientists, Dr. Stuart spearheaded the effort to widen the coverage of the Red List of Threatened Species, leading to comprehensive global assessments of almost all known species of mammals, birds, and amphibians, as well as most reptiles and freshwater fishes.

Each year, Dilmah Conservation organises lectures by internationally-recognised scientists on nature-related subjects to create a two-way dialogue between enthusiasts and experts on environmental issues and concerns and foster respect and appreciation towards it. Dr. Stuart’s lecture will focus on why the Red List process is relevant to countries such as Sri Lanka and how it benefits threatened species, showcasing both conservation successes and failures. His discussion encompasses the nexus between the Red List and biodiversity conservation, the inherent value of species, their role in ecosystem health and functioning, the provision of ecosystem services, and their support to human livelihoods.

Dr. Stuart earned both his bachelor’s and doctoral degrees from the University of Cambridge, for which his field work took place in Tanzania and Cameroon. In 2005, in recognition of his contribution to the Global Amphibian Assessment, a group of Sri Lankan scientists named a new species of frog, endemic to the Knuckles Hills, Pseudophilautus stuarti in his honour. His lecture on 9 April is open to the public. It will be followed by a Q&A session and refreshments.

Dilmah Conservation is the environmental arm of the MJF Group and was founded in 2007 as an extension of Dilmah’s commitment to ensuring that all its operations are bound by a respectful and sustainable interaction with the natural environment.

October 22, 2019 byJennifer No Comments
This year, the official Oktoberfest will be graced by the Ambassador for Germany in Sri Lanka, his excellency Jörn Rohde and the celebration will be kicked off with the traditional German parade coupl

March 15, 2019 byRandev No Comments
YouTube star Lilly Singh, has received word that she will be hosting her very own late night show on NBC.