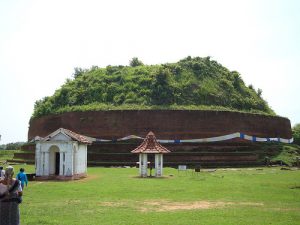 Cabinet approval was granted yesterday (29) to establish a trust fund for the renovation and conservation of the Deeghawapi temple, one of the main temples in the Eastern Province.

The proposal for the management of archaeological heritage sites within the Eastern Province was tabled by the President, who had also appointed a Presidential Task Force to raise funds for the immediate reconstruction and conservation of the Deeghawapi temple.

A sub-committee has been appointed representing both state and private sectors chaired by the Secretary of Defence Major General (RTD) Kamal Gunarathne under the supervision of the above mentioned Presidential Task Force.

April 8, 2020 byTSM Web Desk No Comments
The US recorded the most coronavirus deaths in a single day with more than 1,800 fatalities reported on Tuesday.

April 22, 2020 byTSM Web Desk No Comments
The Constitutional Council (CC) is scheduled to convene tomorrow (23) at the Speaker's Residence.