Cases on heroin offences gone up by 64% 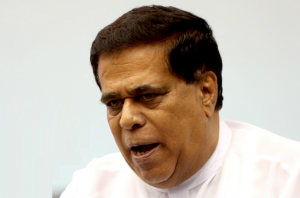 Minister of Justice, Human Rights & Legal Reforms Nimal Siripala De Silva today (14) said that the cases related to heroin offences have gone up by 64 per cent.

Silva said prisons were overflowing with those who have been sentenced for drug related charges.

“This is a national problem. We must severely punish those who bring down and distribute drugs throughout the Island,” Silva said.

However, he said for those who have been remanded for a long time for having being in possession of a small quantity of heroin should be given legal redress.

“The bail procedure for these individuals should be streamlined through required legal reforms,” Silva added.

Speaking further Silva said that he was panning to submit a proposal to increase funds allocated for prison reforms in the next budget.

SLT unions up in arms against moves to sell shares

August 21, 2018 byThe Sunday Morning No Comments
Trade unions at the semi-state owned Sri Lanka Telecom (SLT) will decide this week on the measures they will take to protest against SLT’s decision to sell 4.74% of its shares, which they claim is aim