The Government and the Central Bank of Sri Lanka (CBSL) have cast serious doubt on the accuracy of Sri Lanka’s economic indicators compiled by the Department of Census and Statistics (DCS).

As a result, the Government has set up task forces to identify weaknesses, which mainly stem from a lack of human and technological resources. 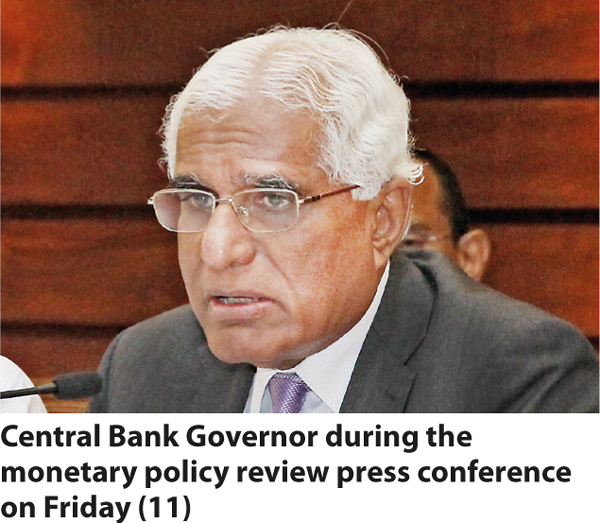 This was disclosed by CBSL Governor Dr. Indrajit Coomaraswamy during the monetary policy review press conference held on Friday (11).

Addressing the media, Dr. Coomaraswamy expressed confidence in the current methodology that was adopted by the DCS two years ago, but pointed out that the lack of resources was standing in the way of the methodology being utilised successfully.

“They need resources to conduct the surveys necessary to support the methodology, in the absence of which they have to use certain proxies and assumptions. Therefore, there are some disagreements between us and the DCS,” the Governor noted.

This is the second time CBSL has questioned the accuracy of statistics compiled by the DCS. In December last year, Dr. Coomaraswamy cast doubts on the GDP growth rate of Sri Lanka, saying that he believed it was higher.

“I don’t think this is a 3% growth economy. My view is that the growth is somewhere between 3.5-4% in 2018. The DCS adopted a new methodology some time ago, which needs a lot of surveys to support it. We don’t have the resources to undertake lots of surveys,” the Governor said.

As The Sunday Morning Business reported in October 2018 that Dr. de Silva, who was the State Minister of National Policies and Economic Affairs at the time, noted that the Port City was not being included in the final records.

“I have a big issue with the growth numbers coming out. There are a lot of activities happening. Are we recording them? The numbers are not reflecting what actually happens in the sector. I will give you an example – the Port City is not in the construction samples.”

In fact, it is Dr. de Silva who has set up the six task forces to identify irregularities in proper implementation of the methodology. The task forces have been given a time period, during which they have to find out the issues and recommend surveys that should be conducted to solve these. The task forces comprise of the CBSL Director of Statistics, along with private and public sector officials.

According to the CBSL, the DCS is also in the process of rebasing their data platform.

However, earlier this year, speaking to The Sunday Morning Business, the Director General told us that she stands by the current economic data compiled by the DCS.

However, she did admit the need for a national policy to ensure the most accurate and comprehensive economic data.

“We need a national policy to make sure we receive precise data from other institutions and authorities to enable us to enhance the accuracy of national economic indicators.”

“The mining area of the Port City was taken into account. Once business activities start, we will take them into account again. When looking at other aspects, such as ones that will provide value to the land, they will be added to the economic data once construction commences,” she said.

In highlighting the need for the support of other institutions, Bandara specifically pointed to the registration of businesses. She said that businesses either do not register or keep registering every year under new names in order to obtain concessions given only in the first year of business.

According to Bandara, this particular issue has a severe impact on the informal sector data of the country, and as such, emphasised the importance of introducing new methodologies. However, she noted that the DCS ensures that even online services such as Uber and PickMe are captured in the economic data.

She added that the DCS held discussions with the Ministry of Industry and Commerce to create a database in a measure towards addressing these issues.

“Even the Ministry of Industry has the need to create a database like that. They have industry officers in each district.

We need others’ support to obtain statistics,” she said.

March 27, 2020 byCharindra No Comments
It is in Sri Lanka’s best interests to prepare for the future and enact proactive policy measures to mitigate potential economic costs as much as possible, says Institute of Policy Studies.

September 24, 2019 byCharindra No Comments
The Central Bank has ordered Licensed Commercial Banks to reduce interest rates on all loans and advances by at least 200 basis points by 15 October, in comparison to the rates as at 30 April.