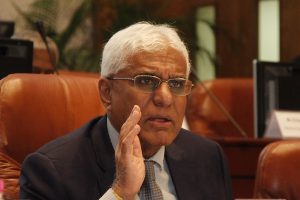 The Central Bank of Sri Lanka (CBSL) has ordered Licensed Commercial Banks to reduce interest rates on all loans and advances by at least 200 basis points by 15 October 2019, in comparison to the interest rates applicable as at 30 April 2019, subject to certain exclusions.

Penal interest rates added to loans and advances have been capped at 400 basis points per annum, for the amount in excess of an approved limit or in arrears, during the overdue period, with effect from 15 October 2019.

The Central Bank in a statement today said that it will continue to closely monitor the movements in market lending rates to ensure a more effective transmission of monetary policy through the financial system. The Central Bank also expects to review this Order at end March 2020.

These measures follow a number of monetary and regulatory policy measures adopted by the Central Bank over the past eleven months to induce a reduction in market lending rates.

These include the reduction of the Standing Deposit Facility Rate (SDFR) and the Standing Lending Facility Rate (SLFR) of the Central Bank by 100 basis points in two steps, the reduction of the Statutory Reserve Ratio (SRR) applicable on rupee deposit liabilities of Licensed Commercial Banks (LCBs) by 2.50 percentage points that released around Rs. 150 billion of additional liquidity to the financial market, and the imposition of caps on rupee deposit interest rates offered by licensed financial institutions that enabled them to reduce the cost of mobilising funds from the general public.

The Central Bank said that it had taken these measures with a view to supporting economic activity, given well contained inflation and inflation expectations. Further slowdown observed in the economy following the Easter Sunday attacks has intensified the need for lower market lending rates.

Meanwhile, the growth of credit extended to the private sector has decelerated sharply since the beginning of this year, and the non-performing advances (NPAs) have grown due to various factors. The Central Bank is of the view that, among these, excessively high nominal and real lending rates are a key reason for slowing credit expansion and rising NPAs.

“In fact, Sri Lanka’s real lending rates are unacceptably high compared to its peer economies, and are not consistent either with the low inflation regime experienced by the country over the past 10 years and the expectations of 4-6 per cent level of inflation envisaged under the proposed flexible inflation targeting framework,” the Central Bank noted.

LIOC goes from big profit to big loss between quarters

July 29, 2019 bythemorninglk No Comments
Despite the gradual increase in local fuel prices, revised based on the fuel price formula, Lanka Indian Oil Corporation (LIOC) recorded a loss of Rs. 239 million during the quarter ended on 30 June.

April 20, 2020 byCharindra No Comments
The Central Bank clarified today that its recent measures to ease pressure on the exchange rate do not place any restrictions on remittances/payments for current transactions including....