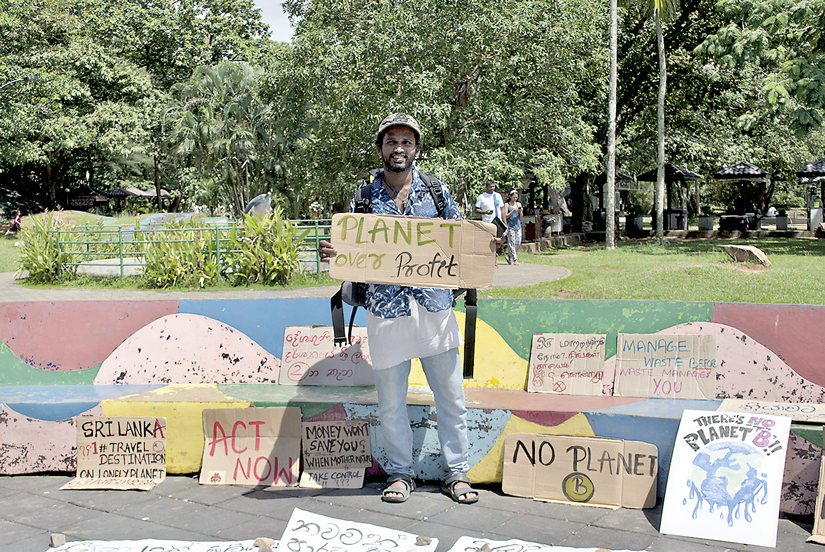 On 27 September 2019, a group of ordinary individuals took to the streets in protest against climate change. Of course, they weren’t protesting asking the weather to change back to the ideal temperature, but rather to raise awareness on the fact that we are in absolute danger.

The idea was presented to this group of friends by a couple who cared deeply about the environment and also has a little daughter to fend for. They understood that carrying the cause on their own was going to be an impossible task and would add up to nothing. Therefore, they brought together a small of group of friends to work towards one common task – preventing the destruction of planet earth. 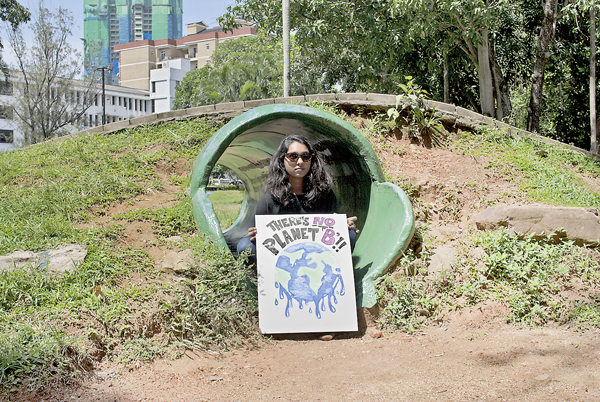 Melani Gunathilake was one member of this band of earthsavers. She explained they wanted to let people know that each person must take responsibility for how the world would turn out and make a personal effort to change the common unfavourable trend. She also said that it didn’t matter if you cannot immediately do something about it. “You just have to show that you care,” she said. “Once you start caring, you will automatically become used to putting it in action.” Further, she claimed that the public needs to be more educated about the causes of this phenomenon. “Ever since we were kids, we have been told not to litter, but to recycle and whatnot, and the only reasoning we are provided is that if we don’t do it, we will get punished.”

She was very happy about how the strike went. People turned up, regardless of their busy schedules, and later in the evening, they joined another strike, expanding the scale of their cause. They are currently searching for individuals with a passion to create content for their public platforms. The content, she believes, should be with regard to happenings in Sri Lanka so that the people of this nation may be more intrigued about the cause and consequently be more involved in setting things right. This is an extremely important topic in Sri Lanka, Melani believes, as Sri Lanka, as it is an island, is at high risk of being affected faster by climate change.

She believes that people need to be told what exactly the dangers are at the end of this road we are on, and that change needs to come fast, not just by a single person but by every single individual with a burning desire to save the Earth. 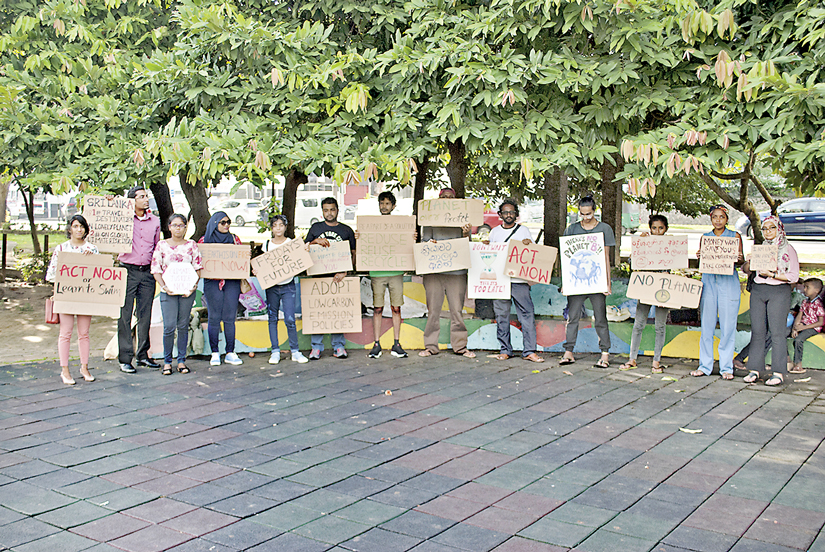 Tiffinbox – get your lunch fix at no extra cost