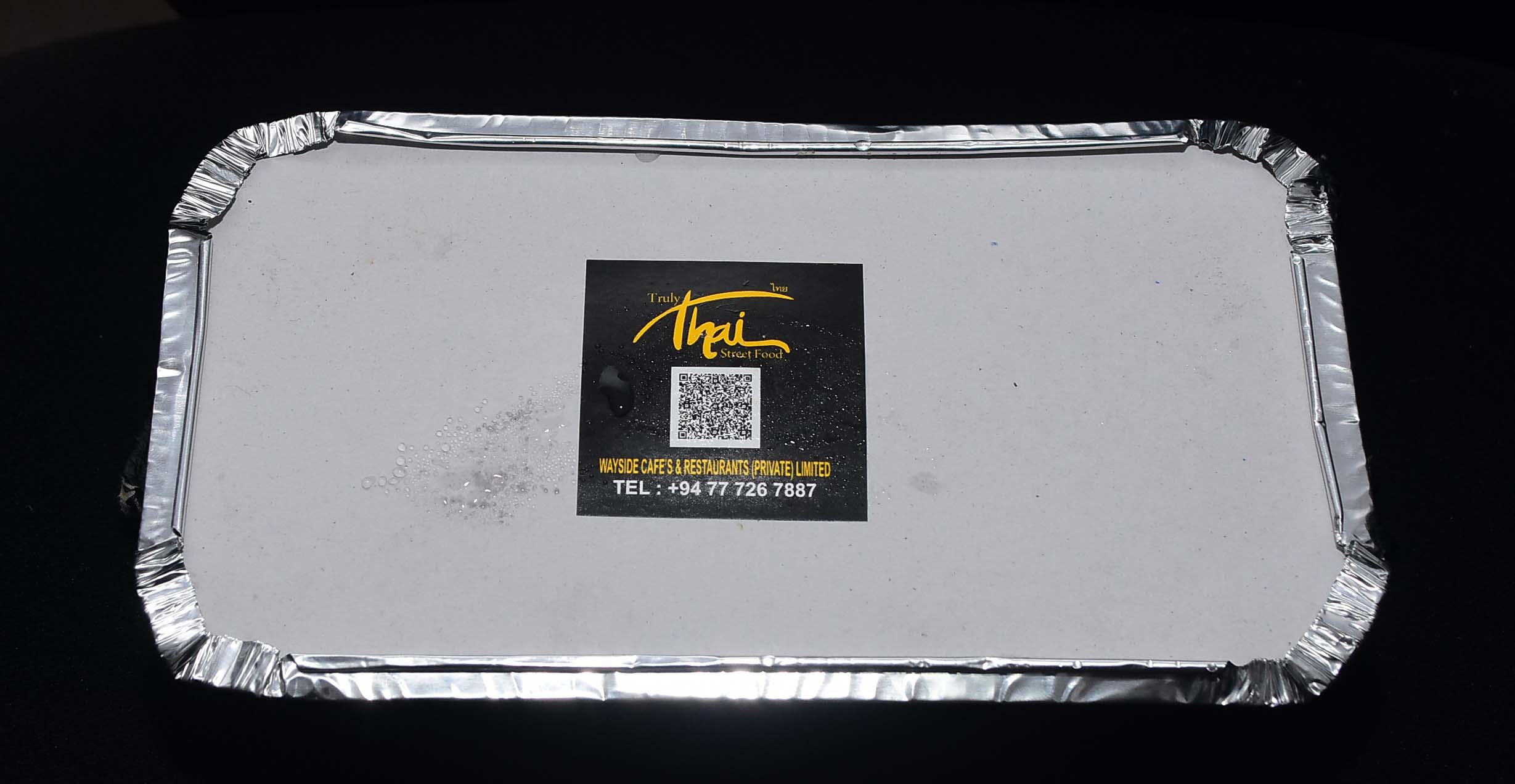 Wayside Thai Café is a Thai restaurant in Kohuwala that opened in early February this year. The restaurant was on our must-try list for a while, but somehow slipped our minds up until this week when we were deliriously hungry and looking to eat something that didn’t consist of fried meat stuffed in bread.

Wayside was recommended by a few trusted sources and while their suggestions were based on their experience visiting the venue, we decided to order in this time around.
The restaurant is co-owned by two family friends, one of whom is Karen Kelaart. She manages the restaurant as well.

She spoke of the reasons behind establishing a Thai restaurant in Sri Lanka with her business partner, saying: “We’ve been travelling up and down to and from Thailand quite often, and one day we just felt like bringing a little bit of that culture back here, and we thought food would be a great way to do that.”

Kelaart also added that all the ingredients they use, excluding the vegetables and meat, were brought down from Thailand, as the owners were constantly travelling. These authentic spices and ingredients were the factors behind the quintessential Thai flavour in Wayside’s dishes.

The restaurant also provides some seafood options, and here’s what we decided for our Wayside meal. 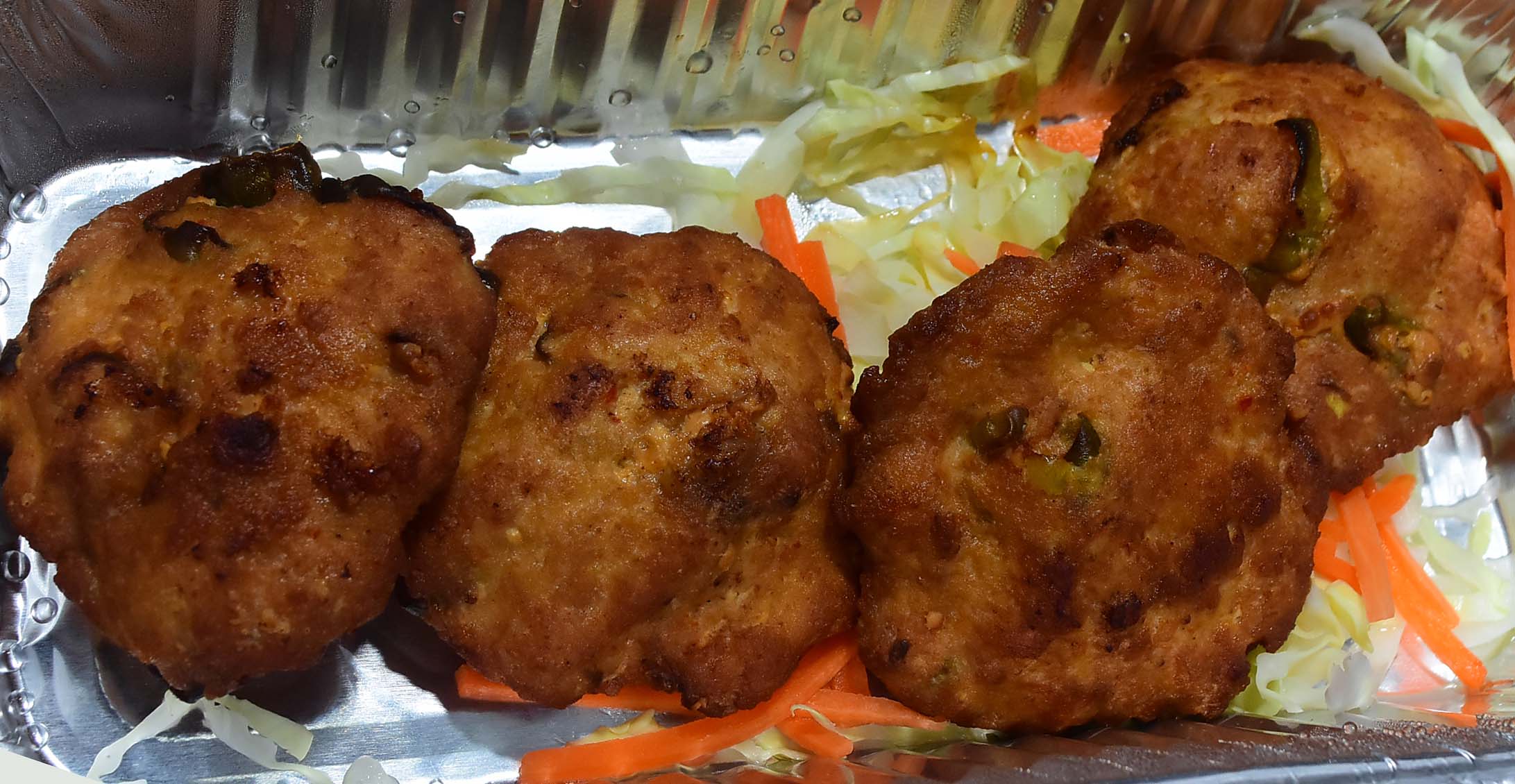 The name “fish cakes” has always sounded strange, but this food item has rarely let us down, and it was no different with Wayside.

The fish cakes were mind-blowingly well seasoned; they were fantastic on their own, even without the various sauces provided. They were very moist, and were just overall delightful.

When eating with a group of people it is almost impossible for one dish to satisfy everyone’s taste buds, but these fish cakes were universally loved. 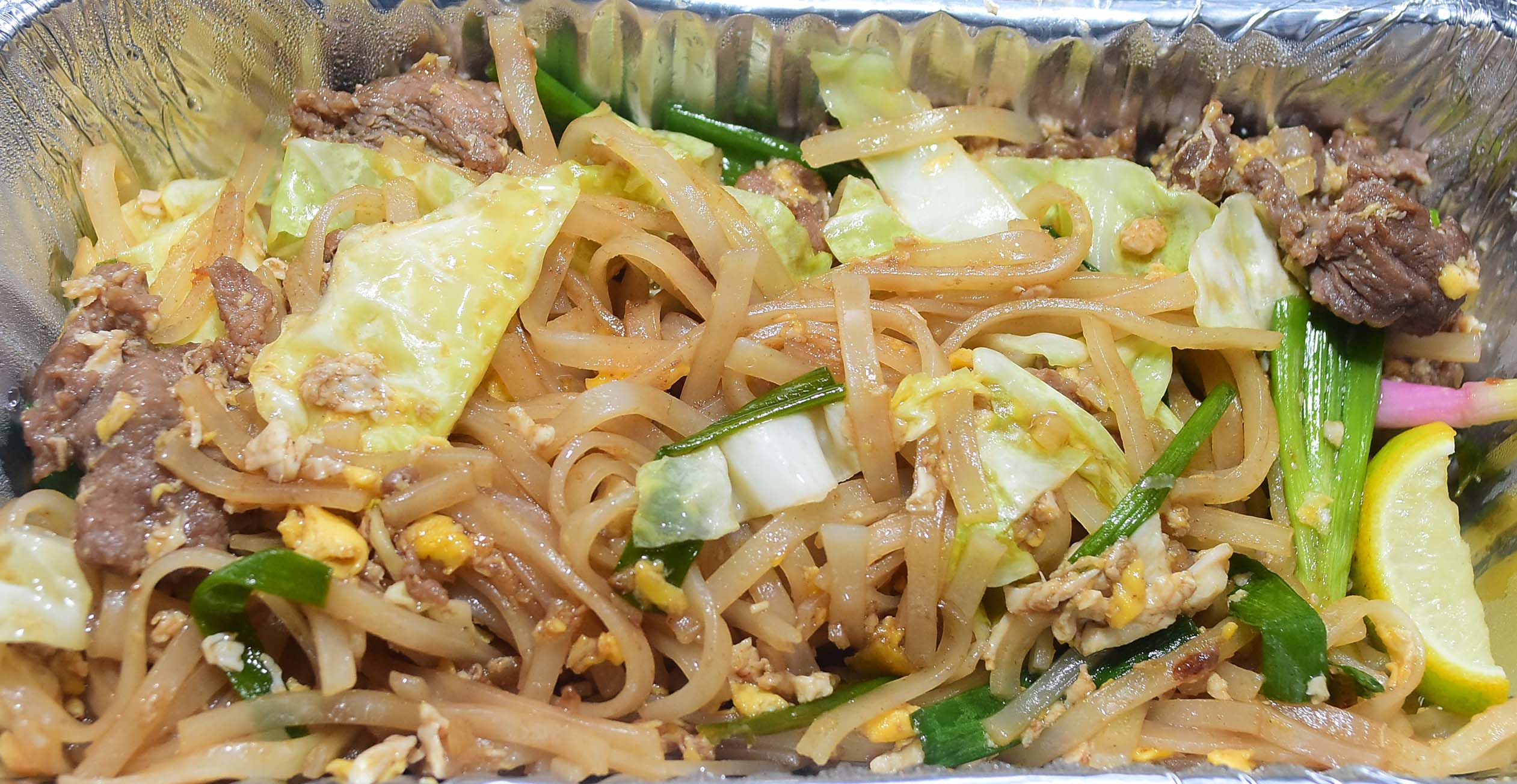 The fish cakes were great, but this was so very close to beating it. The noodles were well done, not overcooked, and it had that nice glossy texture to it that was very appealing.

The stir-fried beef was also a real hit and loved by all. Surprisingly, it was not too chewy, cooked to near-perfection, and there was plenty of it.

Even after finishing the noodles we were picking at some pieces of beef, as there really was a generous serving of it. And we have to say, for its price, the pad Thai was a total steal.

However, we would’ve preferred if the sauces were labelled, or came with directions detailing where they were to be used as we were provided with many and were unsure of which items it corresponded with. Ultimately, while we figured out which went where, and the mistakes proved to be pleasant surprises, it would’ve been nice to know what went where. 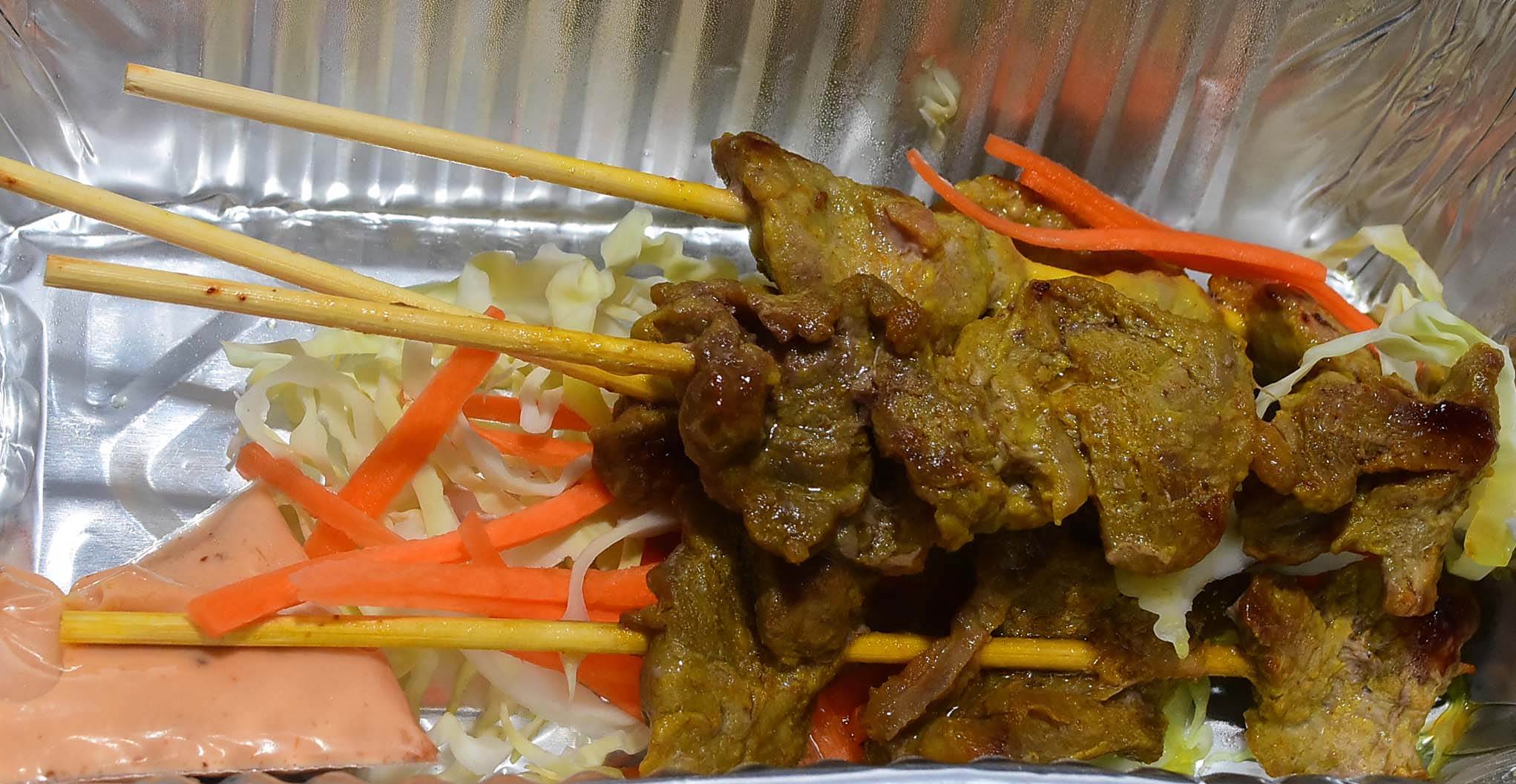 This was the first disappointment of the night.

Firstly, we were provided four measly beef skewers at this price, which we felt was far too steep. It’s fair to say we were rather disappointed from the sight of it, and while we dug in we noticed the beef was a little overcooked, and the whole dish lacked flavour.

The peanut sauce, which we had hoped would rescue the dish, ended up being far too watered down and it felt like we were soaking the meat in a flavourless soup. 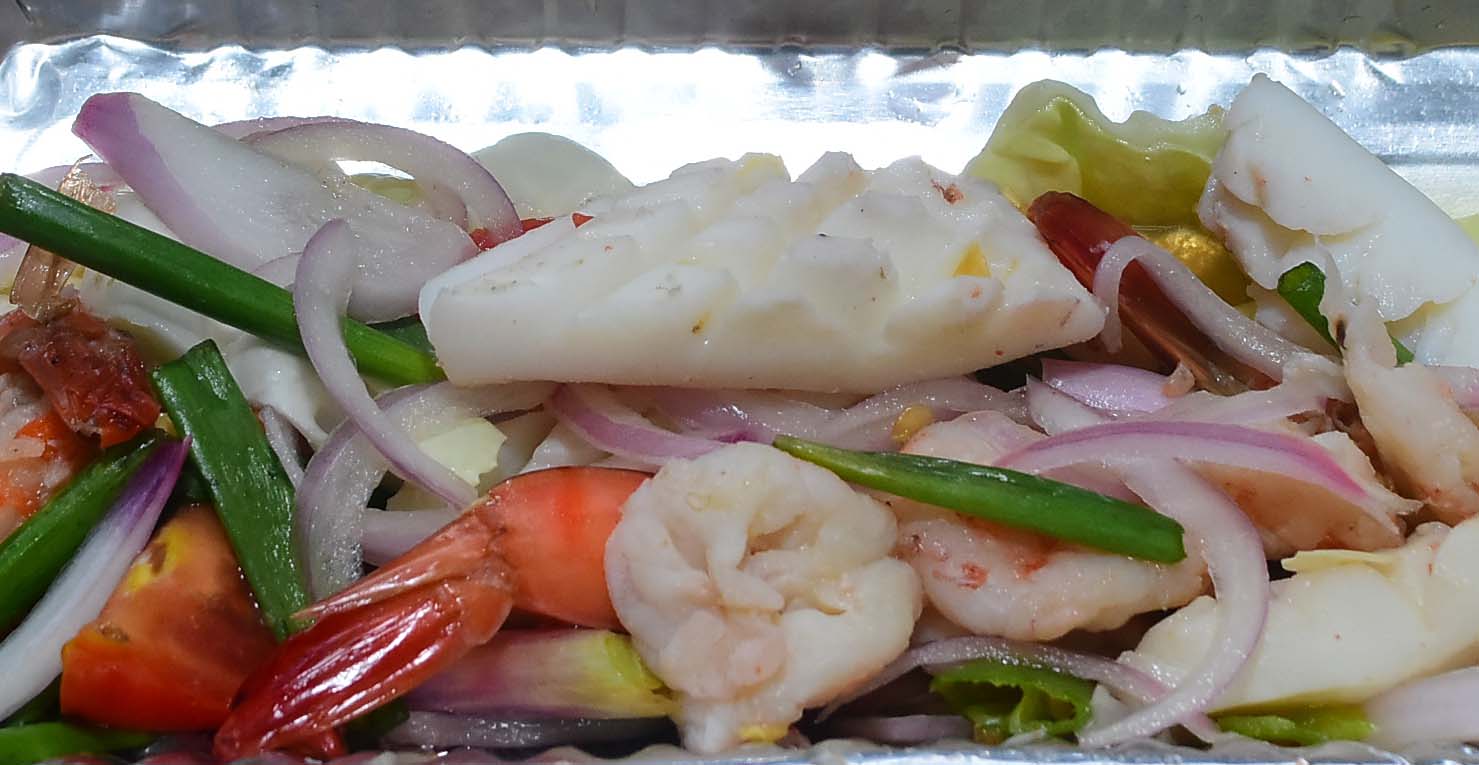 This salad was, unfortunately, an overwhelming amount of cabbage and onion; the onion made it almost inedible. It was soggy by the time it got to us and the few pieces of plain boiled calamari and prawn were swimming in a watery mess of liquid that was leaking out of the cardboard flap. This one was sadly without a saving grace.

As a whole, we still like to hold on to the fact that perhaps food delivery was not Wayside’s forte and it may be possible that dining in offers a better experience.

However, the pad Thai and fish cakes were so good that we may give the place a second chance, another time.

November 11, 2018 bythemorninglk No Comments
A contemporary retelling of Lewis Carol’s classic, now aptly titled Alice @ Wonderland, was staged by the very talented students of Elizabeth Moir School on 2 and 3 November at the Lionel Wendt.