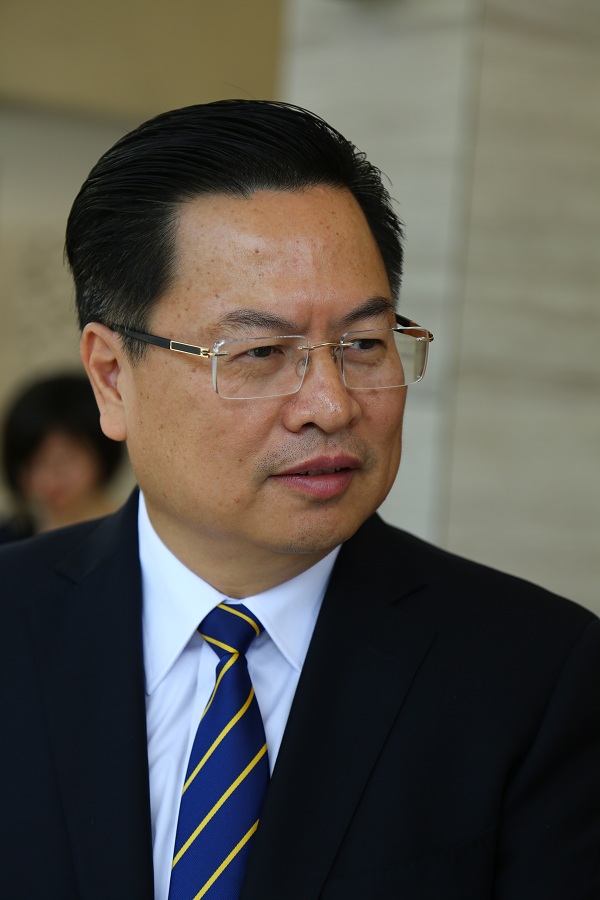 He also said that countries like China and Sri Lanka, who shared a common history of being bullied and colonized by powers should always remain vigilant in terms of external interference.

The Ambassador said that such interference can never bring benefits, but only trouble, chaos and disasters.

“What happened recently in Hong Kong Autonomous Region (SAR) of China has shocked the world. On 1 July, the 22nd anniversary of Hong Kong’s return to mainland China, some riots with the dressed lie of democracy, acted like cruel extremists, broke into the Legislative Council building of Hong Kong, and vandalized various facilities. What enraged China and shocked the world further is British Foreign Secretary Jeremy Hunt’s remarks on the second day,” the Ambassador said.

Hunt has said that the UK stands behind people in Hong Kong in defence of the freedoms that Britain negotiated for them, and the Hong Kong authorities must not use demonstrators’ vandalism as a pretext for repression.

“I would stress that China has resumed sovereignty over Hong Kong and the Chinese government started administering Hong Kong since 1997. The 150 years’ humiliating history of Hong Kong being a colony to UK since 1840s has gone. It seems that someone is still immersed in the faded glory of colonialism. Mr. Hunt is obsessed with condescendingly criticizing other countries and keeps lying without remorse,” the Chinese Ambassador said.

He noted that the UK has no sovereignty or rights to rule and supervise Hong Kong after the handover. The Ambassador said that there is no room for Britain to claim any so-called responsibility over Hong Kong whatsoever.

He said that the Chinese Government strictly follows the Constitution and the Basic Law and that it earnestly implements the “one country, two systems” policy.

April 26, 2019 byRandev No Comments
Attorney General Jayantha Jayasuriya has been picked as the new Chief Justice of Sri Lanka by the Constitutional Council.