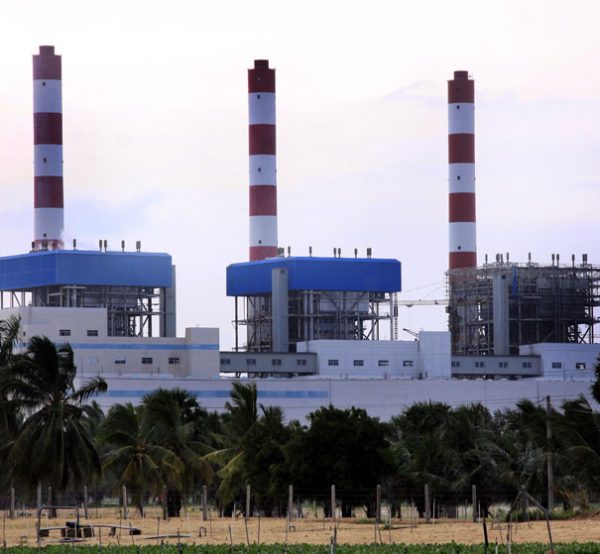 The Power and Renewable Energy Ministry has decided to use the fly ash of the Lakvijaya Coal Power Plant in Norochcholai for brick production in order to minimize the air pollution at times of high winds.

Cabinet approval has been granted for the proposal in this regard made by the Power and Renewable Energy Minister Ranjith Siyambalapitiya.

A senior official at the Lakvijaya coal power plant told The Morning that the contract had already been given to a Chinese company and the construction work of the plant would be completed within five months.

The plant would be constructed at the power plant site and therefore there was no need to transport the ash from the site to another place, he said adding that the wet ash would be used to produce brick.

About 70 percent of the ash was being used by cement factories and the solution was needed only for the rest. However currently there were two other plants that were engaging in brick production from the coal ash in Puttalam and Colombo, he said.

The Chinese investor would have to get a license from Central Environment Authority (CEA); the senior official said adding that once the official approval had been granted, the construction would be commenced.

According to statistics posted on the Power and Energy Ministry website, the plant uses more than 2.2 million MT of coal every year for its three units, which together produce 900 megawatts of power and 114 metric tonnes of coal are needed per hour for a 300 MW power plant.

February 6, 2020 byTSM Web Desk No Comments
A group of pensioners today (6) launched a protest in front of the Fort Railway Station over the government’s decision to discontinue a proposal to increase pensions.