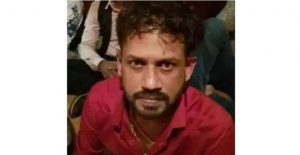 The Police Narcotic Bureau (PNB) said that Madush’s arrest in Dubai had a major impact on the heroin market in Sri Lanka with price increases and stocks going underground over fears of being detected.

PNB Director T.C.A. Dhanapala told The Sunday Morning that Madush was one of the main drug dealers in the country and soon after he was taken into custody in Dubai, local dealers had immediately stopped distribution as they feared being exposed, especially with heightened security and search operations conducted by the PNB as well as the Police Special Task Force (STF).

Madush was arrested at a party held at a luxury hotel in Dubai, along with 30 others including several organised criminals. Among them were notorious underworld criminals and drug traffickers known in their gangster names as “Kanjipani Imran” and “Keselwatte Dinuka”.

It was reported that the suspects were in possession of drugs at the time of the raid. It was also reported that famous Sri Lankan singers Amal Perera and his son Nadimal Perera, local actor Ryan Van Rooyen, and several others were also among the arrestees. However, the connection between the drug kingpin Madush and the artists is yet to be affirmed.

According to the PNB, Madush was not the only a drug kingpin in Sri Lanka; there are a few other key suspects who are also to be arrested. However, the Bureau stated that up to 13 February this year, the PNB had arrested 5,357 suspects just for heroin possession with a total of 224 kg being taken into custody.


For the fear of arrest

“There is a shortage of drug supply in the market at present, and as a result, there is also an increase in prices. The supply chain or network has also been disturbed due to the arrest as well as recent recoveries. But an issue persists as lots of drug traffickers operate either from prisons or abroad,” PNB Director Dhanapala averred.

Meanwhile, the Ministry of Foreign Affairs said that the Sri Lankan missions in Abu Dhabi and Dubai have been communicating with the respective UAE authorities who have informed that the arrests have taken place due to the violation of UAE laws.

Madush, who immediately fled the country to India on a boat in 2006 after the murder of Danny Hiththatiya, was revealed to be the key suspect. Allegedly, he was involved in numerous criminal activities including the shooting of PNB Inspector Neomal Rangajeeva and trafficking colossal amounts of drugs into the country.

The Police and the security forces managed to expose such acts in the past few months. Earlier, Interpol issued notices for the arrest of Madush, who was believed to be hiding in Dubai and directing underworld activities in Sri Lanka. 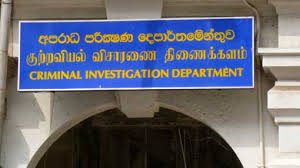 Meanwhile, when The Sunday Morning contacted Attorney-at-Law Udul Premaratne, who is currently in Dubai to receive an update on the famous Sri Lankan singers Amal Perera and his son Nedimal Perera, who are currently in the custody of the Dubai Police, said that there was a high probability of the two and a few others being released from custody. Accordingly, they could either be deported or would be released on bail.

“We met Amal Perera today. No one can interfere with the process of the Dubai Police, but we were be able to point out that Amal Perera and his son were innocent and therefore to reconsider the case,” he said on Friday.

The Police are set to continue search operations while it was also able to apprehend several key underworld figures during the last two weeks from previous operations.

According to the Police, a 39-year-old woman known as “Kudu Chooti”, who is said to be the mistress of underworld figure Kanjipani Imran, was injured when an unidentified gunman opened fire at her in Melwatta, Kotahena last week.

The Police said the woman was shot at in her house at Maithri Bodhiraja Mawatha in Melwatta. She was admitted to the Intensive Care Unit (ICU) of the Colombo National Hospital, the Police confirmed.

The victim was identified as Asha Faari alias Kudu Chooti, who is also engaged in heroin smuggling. Another two suspects identified as Thennakoon Arachchige Ajith alias “Lonsina” and Pradeep Senadheera alias “Karadaraya” were arrested in possession of heroin in Katunayake.

Meanwhile, the blame game in the political arena also continued and allegations were levelled against United People’s Freedom Alliance (UPFA) MP Niroshan Premaratne on the fact that he had connections with Madush. However, he denied these allegations.

Inspector Ranjith Munasinghe of the CID made these remarks when the magisterial inquiry into the plot to assassinate President Maithripala Sirisena, former Secretary to the Ministry of Defence Gotabaya Rajapaksa, and SSP Prasanna Alwis, was taken up before Colombo Fort Magistrate Ranga Dissanayake. Former TID Director de Silva has been accused of involvement in the aforementioned plot.

The CID further stated that they have received information to support the association between singer Amal Perera and DIG Nalaka de Silva.
De Silva and Indian national M. Thomas were further remanded until 27 February by the Colombo Chief Magistrate.

April 7, 2019 bythemorninglk No Comments
According to sources, the Criminal Investigation Department (CID) had detained the 13 Sri Lankans deported from Dubai after identifying their names and passport numbers in the flight manifest.