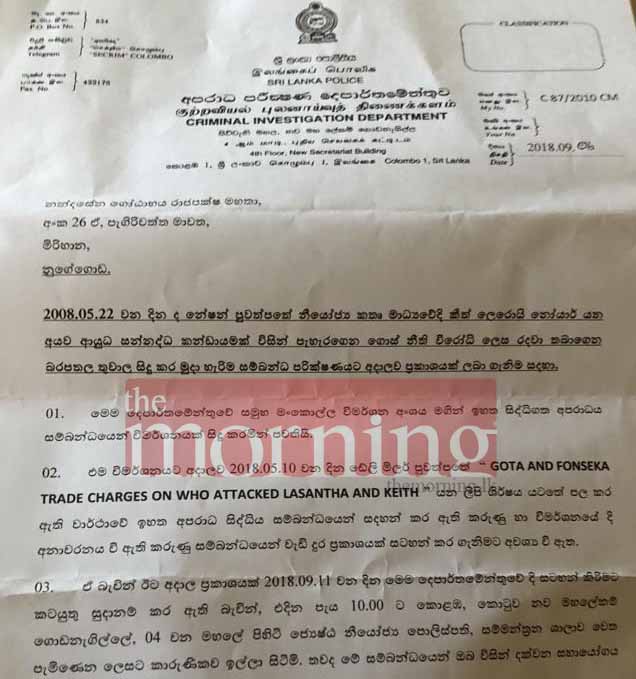 The Criminal Investigations Department (CID) had questioned former Defence Secretary Gotabhaya Rajapaksa today (12) based on an interview published in the Daily Mirror newspaper in May this year, it is learnt.

The Morning reliably learns that Rajapaksa was asked to appear before the CID to question him on the contents of an interview published in the respective newspaper on May 10, 2018 under the title “Gota and Fonseka trade charges on who attacked Lasantha and Keith.” The Morning is in possession of a copy of the letter sent by the CID to Rajapaksa.

Accordingly, Rajapaksa was questioned today by the CID on the abduction case of journalist Keith Noyarh based on the contents of the newspaper interview.

The Morning also learns that the CID is to question Field Marshal Minister Sarath Fonseka on Noyarh’s case as well.

November 30, 2018 byEaswaran No Comments
A motion to suspend state funds to all Ministers and their personal staff, was passed by Parliament today.

July 6, 2020 byTSM Web Desk No Comments
The printing of ballot papers pertaining to all 25 districts for the 2020 general election has concluded, said the Department of Government Printing.