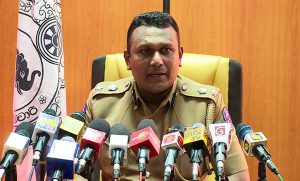 The Police Spokesman had stated that this step for the TID which was previously under the supervision of the Inspector General of Police, was taken due to service requirements.

February 9, 2020 byCharindra No Comments
Documents seen by The Sunday Morning revealed that SriLankan Airlines had incurred huge losses both at the signing and termination of the controversial deal, both of which could have been averted.