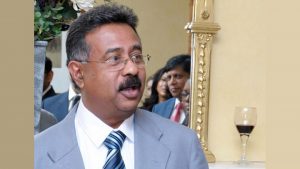 On a request by the Attorney General(AG), Chief Justice(CJ) Jayantha Jayasuriya has appointed three trials at bar for the hearing of the Rathupaswala shooting case, the Avant Garde case and Prageeth Eknaligoda’s abduction case.

On 9 August the AG requested the CJ to appoint a three-member trial-at-bar at the Colombo High Court to hear the case on the abduction and disappearance of Journalist and cartoonist Prageeth Eknaligoda.

According to the AG, Eknaligoda’s  abduction had taken place on the eve of the presidential elections on 26 January 2010. Former President Mahinda Rajapaksa was contesting against former Army Commander General Sarath Fonseka.

Eknaligoda’s case is being handled by Deputy Solicitor General Dileepa Peiris of the AG’s Department and considerable progress has been made by the investigators.

On the 21st of August AG requested the CJ to appoint a three-member trial-at-bar at the Colombo High Court to hear the case on the Avant Garde illegal floating armoury.

AG Dappula de Livera In his letter to the CJ,  pointed out that 13 suspects would be charged over this case under 7573 counts for violating the Firearms Ordinance, Explosives Ordinance, and the Penal Code.

According to the AG, 816 automatic firearms and 202,935 rounds of live ammunition had been illegally stored in the vessel before being recovered by the Navy on October 6, 2015.