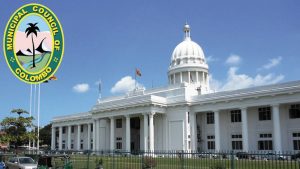 The Colombo Municipal Council (CMC) has agreed to a deal which would allegedly result in the loss of earnings of approximately Rs. 20 billion to the council.

The Sunday Morning learnt the CMC had awarded a contract to a private company to maintain lamp posts, with the authority to award 4G and 5G Wi-Fi connections to telecommunication companies.

Janatha Vimukthi Peramuna (JVP) Councillors at the CMC questioned the 20-year contract awarded to a private company under a public-private partnership.

JVP Councillor Hemantha Weerakoon alleged that the contract would result in the CMC incurring a loss of at least Rs. 20 billion.

“But the exact loss cannot be calculated as it depends on market fluctuations,” he told The Sunday Morning.

“It is a single man’s job and we don’t understand why the council has given it to a private company,” Weerakoon said.

Highlighting the losses that the council would incur due to the contract, the JVP Councillor noted that by giving the sole authority of all advertising boards to the company, the said private company would be able to earn a large sum of money while the CMC would only get a small percentage of it.

Initially, all council members had opposed the awarding of the contract and as a result, the contract awarded by former Municipal Commissioner V.K. Anura was suspended on the grounds that the price was too high and the duration exceeded the stipulated five-year period.

As a result, Mayor Rosy Senanayake had agreed to appoint a technical committee in March to look into the legal and technical implications and have talks with the company on the possibility of renegotiating the contract in such a way that it would be cost-effective, Weerakoon added.

However, at a recent meeting, the committee and the other councillors, except the JVP, had agreed to the awarding of the contract.

When The Sunday Morning contacted former CMC Municipal Commissioner V.K. Anura, he said the contract was signed two years ago following recommendations obtained through a technical evaluation committee (TEC) but it had not been implemented for two years.

“If the contract is not favourable to the CMC, the council should have cancelled it by now. And they could still do so,” he added.