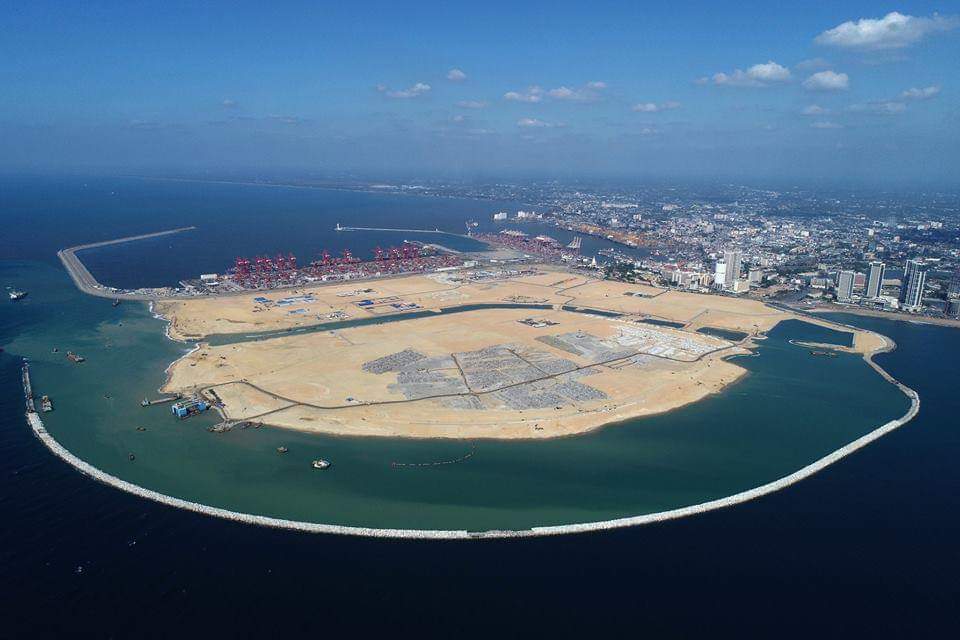 Controversy surrounds the issue of waste management in the Colombo Port City following contradictory statements made by two government institutions.

While the Chinese-funded Colombo Port City project is to be fully operational within the next five years, the Colombo Municipal Council (CMC) Commissioner, Palitha Nanayakkara, told The Sunday Morning that it was yet to be informed of the Port City’s wastewater and solid waste management programme.

However, according to the Environmental Impact Assessment (EIA), all waste water generated in the Port City is to be transported by the CMC and the state authorities to treatment plants, and then discharged into the ocean.

However, the CMC claimed that it does not have any wastewater treatment plants at present, but there were plans to build one in the future.

According to the EIA, the water demand is forecasted at 39,000 cubic metres per day when operations of the Colombo Port City reaches its full capacity. Therefore, for all domestic-type water uses, a return rate of 95% is considered when estimating wastewater quantity.

Contrary to what the CMC says about the Colombo Port City’s waste management, Port City Project Director Nihal Fernando told The Sunday Morning that following negotiations, the Council had already agreed to provide the facility.

Speaking further, Fernando said: “For the first seven years, we will be going to the southern catchment of the CMC where the outfall is in Wellawatta. For that, we have already laid the line because that is sufficient to cover another five to seven years. After that period, the capacity will be increased and following that, we will be going to the north catchment where the outfall is in Madampitiya.

“For that, we have already laid part of the line and there’s more to be done and we have seven years to do that. Both these lines are being upgraded by the CMC and they have their own consultants working with them and we are working with those consultants as well,” he added.

Meanwhile, Megapolis and Western Development Ministry Secretary Nihal Rupasinghe said the Ministry had already started to release funds to the CMC to build the storage facilities.

“A temporary one for sewage costs Rs. 450 million but a permanent one can be managed for 10 years. We are planning for a long-term one,” he added.

The EIA further stated that during the interim period (2020-2023) the treatment of the wastewater will be carried out at the Wellawatta outfall to be made by the CMC. However, in the future, wastewater is to be transported to the proposed Madampitiya outfall for treatment.

March 17, 2019 bythemorninglk No Comments
The investigation into the shooting incident in Mawanella has been expanded with both the Police as well as the Criminal Investigations Department (CID) involved in the probe.

CID to brief Law and Order Ministry on CDS

October 22, 2018 bythemorninglk No Comments
The Criminal Investigations Department (CID) is to brief the Law and Order Ministry on the details pertaining to the case filed against Chief of Defence Staff Admiral Ravindra Wijegunaratne.