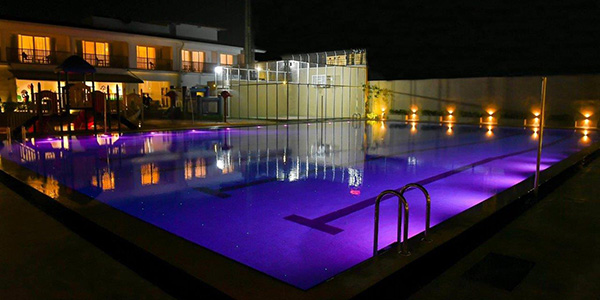 Colombo Swimming Club (CSC), which was in the news for all the wrong reasons just over a year ago, has bounced back bigger and stronger with the recent unveiling of its newly constructed swimming pool complex.

It was only July of last year that the RDA bulldozers rolled in and demolished the swimming pool of this prestigious family club, now in its 80th year. Purportedly on account of making way for the extension of the Marine Drive, much was said and written about at the time in the mainstream and social media.

In ‘timing’ that could at best be described as inauspicious, Tony de Livera had assumed the Club presidency, just three months prior to the RDA action. But, despite the gravity of the situation, little time was devoted over spilt milk.

Just over a year-on from the loss of the pool, that determination and resolve is now on full display at the CSC. It has undergone an extensive transformation, much to the delight of the numerous members who have expressed their admiration and appreciation for how things have panned out in the past 15 months.

“I am indeed delighted that this has been finally completed despite the issues we faced even during construction. I am indebted to all my fellow committee members who supported me, especially the General Secretary, Kishan Karunaratne and House & Works Member, Sanjeev Jayasinghe. It was Sanjeev who spearheaded the project and ensured that the end-product and facilities was a significant improvement on what we had. I must also thank the many members of past committees who offered their wisdom and guidance throughout, and all the wonderful members that supported us in terms of encouragement and continued patronage, in circumstances that were not ideal.  Last but not least, my sincere thanks and gratitude go out to our loyal staff, who never once wavered in spite of the challenges they faced, particularly with the construction taking place.”

Highlighting the CSC’s new and existing features and facilities, at first sight, upon approaching the terrace and garden, while the old pool and fountain have gone, there is now a larger landscaped area for members and their guests to enjoy the Indian Ocean breeze, while savoring great cocktails, food and company. New and tasteful outdoor furniture has also enhanced the look and style of this popular entertainment area. 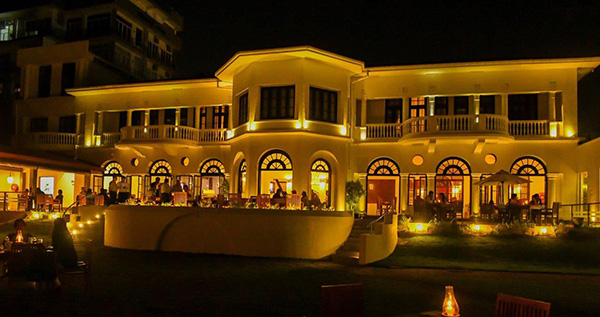 In addition to the swimming pool complex, the kitchen has been completely refurbished and re-fitted, in a manner befitting a five-star hotel.  So, too, the Arthur’s Space restaurant. Named after British science fiction writer and former CSC Member, Arthur C. Clarke, the restaurant has been elevated to the same level as the terrace, and boasts a completely new-look that includes an air-conditioned dining area. The à la carte menu has been put together by master chefs specialising in inter-continental cuisine.

November 5, 2019 bythemorninglk No Comments
Mindfulness, Yoga, and healthy living have been all the rage as of recent times, and while these practices are certainly nothing new, they’re definitely being given the spotlight they undoubtedly dese

Giving us an opportunity to be good people

May 5, 2019 bythemorninglk No Comments
Wading through the chaos and miscommunication in a time of crisis.