Despite vehement opposition mounting against the move to acquire a plot of land owned by Colombo University, the Urban Development Authority (UDA) yesterday (11) said the decision would not be changed and the land would be acquired by the authority for development purposes.

The land on Muttiah Road currently houses a hostel facility for students of Colombo University. 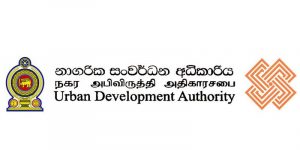 Speaking to The Morning, UDA Director General Prasad Ranaweera said even though the university had opposed the decision, the land was to be acquired by the UDA. He added that a new hostel complex would be built for the university at a separate premises.

Nevertheless, the Colombo University lecturers were protesting against the UDA’s attempt to take over the two-and-a-half acre plot of land in Muttiah Road, Colombo.

The land, which currently houses a women’s hostel, was acquired by the university in 1995 after the removal of the then Ceylon Salt Corporation.

The hostel has a capacity of 550 students and also has facilities for differently abled students; it is the ideal place to house these students due to its close proximity to the university.

The Morning learnt that the university was also looking into the possibilities of taking legal action against the land acquisition.

July 18, 2019 byRandev No Comments
The Sri Lanka Young Journalists Association has lodged a complaint with the Judicial Service Commission demanding an investigation into the conduct of the Magistrate in the case regarding Dr Shafi