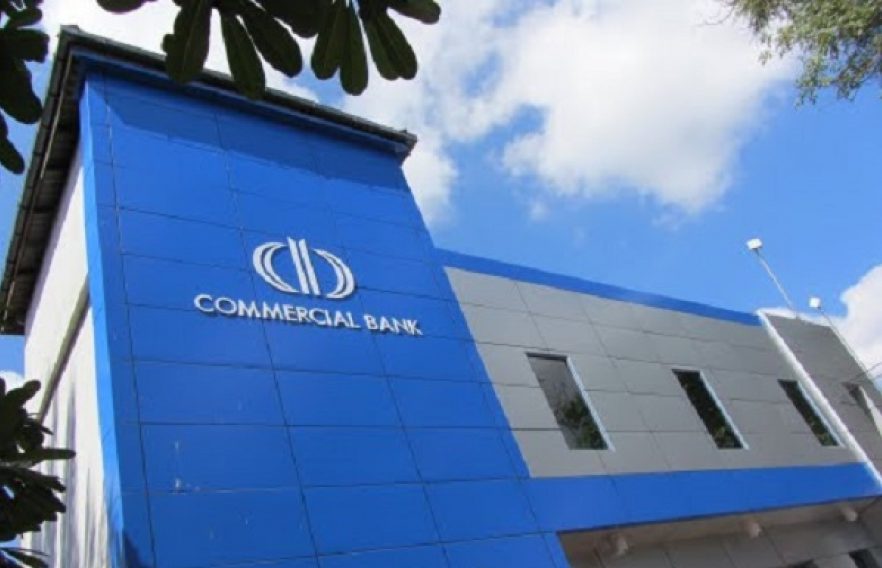 The Commercial Bank Group has reported operating profit before impairment charges and taxes of Rs 19.476 billionfor the first half of 2019, a 9.45% increaseover same period of 2018.

Sri Lanka’s benchmark private bank,the Commercial Bank of Ceylon PLC, its subsidiaries and associates recorded gross income of Rs 73.587 billion for the six months ending 30th June 2019, an increase of 13.31% over the figure for the corresponding period of 2018, restated as Rs 64.944 billionin line with the requirements of SLFRS 9 which was implemented from the fourth quarter of that year.

Despite slower loan book growth and an increase in non-performing loans,interest income grew by 12.90% to Rs 64.622 billion. Changes in the deposit mix with a continuing shift to time deposits resulted in interest expenses rising by a higher rate of 16.08% to Rs 40.477 billion.

Consequently, net interest income improved by 7.95% to Rs 24.146 billion.  A hefty 195.42% increase in net gains from trading due to a favourable market rate movement contributed to other income growing by 71.66% to Rs 3.134 billion, the Bank said.As a result, total operating income for the period under review stood at Rs 32.118 billion with a growth of 10.05% over the corresponding period of last year.

The total operating expenses of the Group for the period amounted to Rs 12.642 billion which reflected an increase of 10.98% over the corresponding six months of 2018.

Consequently, operating profit before taxes on financial services amounted to Rs 13.949 billion, a negative growth of 3.31% over the corresponding period of last year.

However, with taxes on financial services increasing by as much as 39.52% to Rs 3.604 billion, which included Rs 1.168 billion as debt repayment levy (DRL), group profit after tax reduced by  16.85 % to Rs 6.673 billion for the six months compared to the first half of 2018.Total taxes for the period reviewed exceeded Rs 7.282 billion, reflecting an effective tax rate of a mammoth 52%.

“Our six-month results mirror the challenges faced by key sectors of the economy and demonstrate that even a bank of the size and strength of Commercial Bank is not immune to the vagaries of the market,” Commercial Bank Chairman Mr Dharma Dheerasinghe said. “A combination of factors beyond our control continues to impact on some indicators, but the Bank has the acumen and the resilience to weather these difficulties and will emerge stronger.”

The Bank’s Managing Director/CEO Mr S. Renganathan added: “Our second quarter witnessed an improvement over the first quarter of 2019, which is encouraging. While we remain concerned at the need for higher provisioning every quarter for sectors that are under the pressure of debt servicing, we are confident that our strategic responses to the needs of the period will minimise the adverse impact on our performance.”

The Group’s total operating income increased by 12.43% to Rs 16.999 billion in the second quarter compared to Rs 15.119 billion in the first quarter, despite impairment charges almost doubling during this period.

Commercial Bank’s overseas operations encompass Bangladesh, where the Bank operates 19 outlets; Myanmar, where it has a Representative Office in Yangon and a Microfinance company in Nay PyiTaw; and the Maldives, where the Bank has a fully-fledged Tier I Bank with a majority stake.

July 23, 2019 bythemorninglk No Comments
HNB PLC recently brought home a trio of high profile awards including being declared the “Best Bank in Sri Lanka for 2019” for the third time by Euromoney.

Implementation strangulation and the tourism conundrum

February 18, 2019 bythemorninglk No Comments
The tourism industry is agog with opportunities, However, concerns regarding policy implementation are rife.