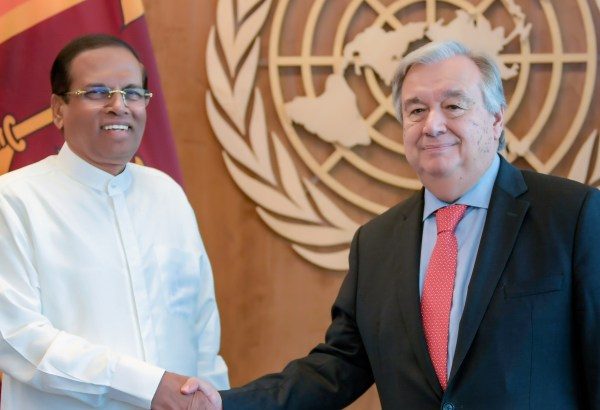 The President met the UN Chief at the United Nations Headquarters in New York.

The President said that during the last three and half years, the country has made progress in many fronts and his government would continue to work towards reconciliation. He urged the international community to look at Sri Lanka with a fresh perspective taking into consideration the progress made so far.

Guterres recalled his last visit to Sri Lanka and said he has fond memories of Anuradhapura, Polonnaruwa and Sigiriya. The President invited the Secretary General to pay another visit to Sri Lanka and see with his own eyes the vast developments taken place in the country. Accepting the invitation,\ Guterres said he would visit at the earliest possible date.

April 23, 2020 byTSM Web Desk No Comments
With the impact of Covid-19, the total cost of the parliamentary election is expected to increase more than the estimates made early this year prior to the coronavirus pandemic, according to the Elect