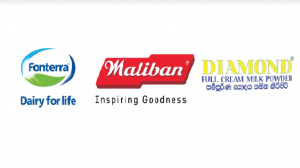 Fonterra Brands Sri Lanka, Maliban Milk Products and Diamond Milk Products are deeply concerned about claims by the Government Medical Officers Association (GMOA), that imported milk powder from New Zealand is harmful for consumption and reiterated the need to separate fact from fiction to prevent causing unnecessary panic and fear among the Sri Lankan public.

The importers stressed that there is an unsubstantiated claim that is being spread that milk powder causes diseases including cancer, which has no scientific basis or justification.

They reiterated that there is no acceptable scientific evidence to date from any world health authority that links milk powder as a cause of cancer.

This includes the World Health Organisation (WHO) and UNICEF, who the importers state, have been incorrectly referenced in order to support these allegations.

The importers clarified that the GMOA allegations can be traced to a communication by the World Alliance for Breastfeeding Action (WABA, 2012) which is also freely available on the WABA website.

This communication advises that exclusive breast-feeding provides enhanced protection against risks of diseases, as opposed to substitutes.

The importers further stressed that allegations of various chemicals supposedly being added to produce imported milk powder has been disproven by the recent Interim Report by the Consumer Affairs Authority (CAA).

Based on testing reports by Eurofins, an independent lab in Germany, the CAA Interim Report reveals there has been no evidence of any kind of adulteration in imported milk powder from New Zealand.

The importers noted that regardless of this fact, this Report is being misinterpreted in order to support various claims.

Further allegations against imported milk powder include the claim that fat-filled milk powder is imported to Sri Lanka, through a misleading reference to a New Zealand website as proof of the fact.

In this regard, the importers emphasised that the statement has been made without seeking confirmation from the Health Ministry or Sri Lanka Customs, and had the authorities been consulted, they would have verified that the above companies do not import fat-filled milk powder to Sri Lanka.

The importers expressed their extreme disappointment at this recent resurgence of baseless attacks against milk powder from New Zealand.

The industry reiterated that it follows all Sri Lankan laws and regulations in importing, marketing and selling milk powder and has not received any official communication from any food authority with regard to an issue pertaining to milk powder, and that these allegations are being made without any evidence or proof, causing mass confusion to the public.

This includes strict import clearance and testing processes conducted by the Food Laboratories of the Health Ministry and the Sri Lanka Standards Institution before imported milk powder is accepted in to the country.

July 26, 2019 byRandev No Comments
Two persons who funded the alleged mastermind and one of the suicide bombers in the Easter Sunday attacks in Sri Lanka, Zahran Hashim was arrested in Singapore.

January 5, 2020 bythemorninglk No Comments
The forensic audit (FA) reports of the CBSL have named a total of 19 companies that have allegedly caused losses to the Employees’ Provident Fund (EPF) through “pump and dump” schemes.