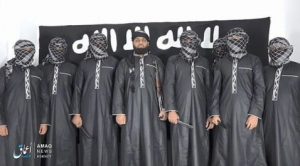 DNA tests have confirmed that the leader of the National Thawheed Jamath group, Zahran Hashim had been killed in the suicide bombing carried out at the Shangri La Hotel.

The authorities had reached this conclusion after conducting several DNA tests and comparing samples between Hashim’s data against his daughter’s.

Accordingly, the Government Analyst’s Department stated that the DNA samples collected from body parts of Zahran at the Shangri-La blast site and the DNA of the blood sample collected from his daughter are a match.

The relevant report is set to be delivered to the Criminal Investigation Department (CID), today (21). Thereafter, the report will be forwarded to the court.