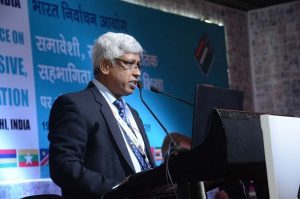 Rathnayake was serving as the Acting Elections Commissioner General to fill the void of a designated individual.

The decision was taken at a meeting held today by the Constitutional Council .

A list of names were sent to the Constitutional Council by the Election Commission to fill the vacancy inline with the forthcoming presidential election.

August 20, 2018 byMalik No Comments
Environmentalists have urged the Government to offer a permanent solution for the temporarily-halted land distribution in the Knuckles Mountains.